On the first Conspiracy Hour of 2020, Ethan and I dove into the conspiracy theory behind Princess Diana's death. You can watch the 50-minute show above (it starts at 3:05:00 in the stream if it doesn't automatically start there when you press play). If you'd prefer just to read/skim through it, read below.

As always with conspiracy blogs, they are a recap of information surrounding the event and not a definitive fact or fiction blog. I'm a conspiracy guy, but I don't believe every single one I hear. It's entertainment more than anything else. 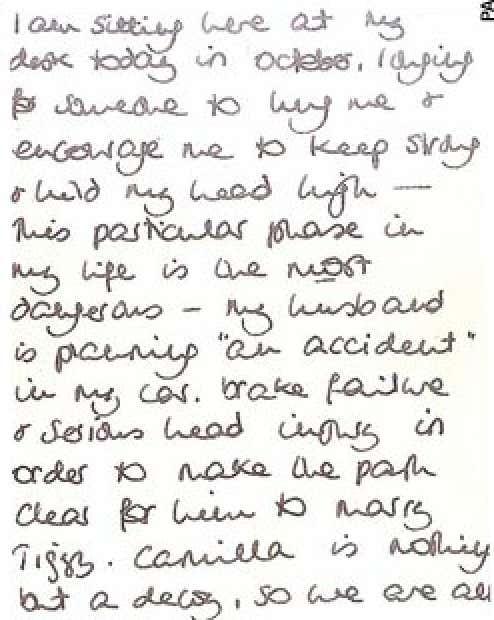 What a lot of people don't know is that 2 years before her death, Princess Diana wrote a letter which alleges that her ex-husband, Prince Charles, is planning to murder her.

“This particular phase in my life is the most dangerous – my husband is planning ‘an accident’ in my car, brake failure and serious head injury in order to make the path clear for him to marry Tiggy,"

As you may know, this is exactly how she ended up dying: an accident in a car with a serious head injury. This letter was written 2 years before the crash.

It's kind of hard to compare Dianna to anybody today. She was a global superstar and everywhere she went, the press followed her. 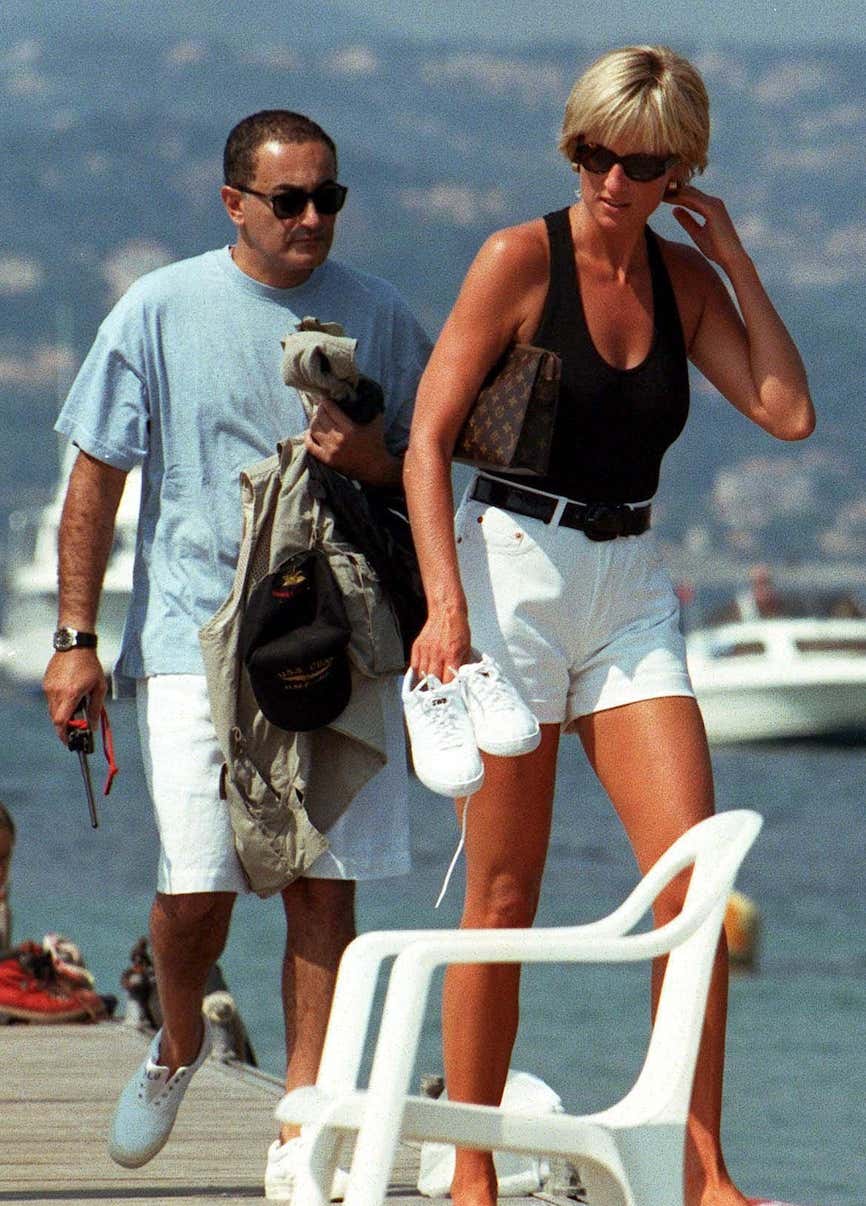 Her relationship with Dodi Al Fayed, son of Egyptian billionaire and owner of the English department store Harrods, was very well known. Unfortunately, Dodi was also in the car the night of Dianna's death.

It has been long rumored that Dodi Al Fayed had already asked Dianna to marry him. She was wearing a ring given to her by Dodi when she died.

Dianna getting boo'd up so quickly after her split with Charles did not make the royal family happy, but it was something they could get over. The bigger issue was surrounding Dodi not being a Christian. If Diana was to marry Dodi, a Muslim, it would mean that non-Christian blood had entered the Royal Family (Charles 2 kids both were Diana's, so she would always be a part of the family until death). Queen Elizabeth did not like this idea.

There were also rumors of Diana being pregnant. No test could be done after the crash because she had been pumped full of "embalming fluid." Soon after, under the eye of the Royal Coroner, her reproductive organs were taken out as well.

Let's say the Royal Family knew she was pregnant….would the Royal Family allow Muslim blood into the Royal lineage? How far would they go to make sure that didn't happen? Even if she wasn't pregnant then, if they were going to go through with the marriage, a kid would most likely be on the way.

The Night Of The Crash:

The crash happened in Paris, France. It was on a night that Dodi and Diana had shared dinner together at the Ritz Carlton. After avoiding the massive crowd of paparazzi with a fake car in the front of the hotel, Diana and Dodi left to go back to Dodi's flat.

The driver? Henri Paul. He was the head of the Ritz security at the time. He devised the plan to avoid the paparazzi. His trip to Dodi's flat took a lot longer than it should have, but the thought is that Paul had done this to confuse the paparazzi. Of course, as you may know, on this trip, the car crashed, killing Henri Paul, Dodi, and Diana.

The person who spent 2 hours with Henri Paul right before he drove Dodi and Diana home, claimed Paul showed no signs of being drunk. As you can see in the video above, Paul was moving around fairly well for somebody who was "severely drunk" at the time of the crash. 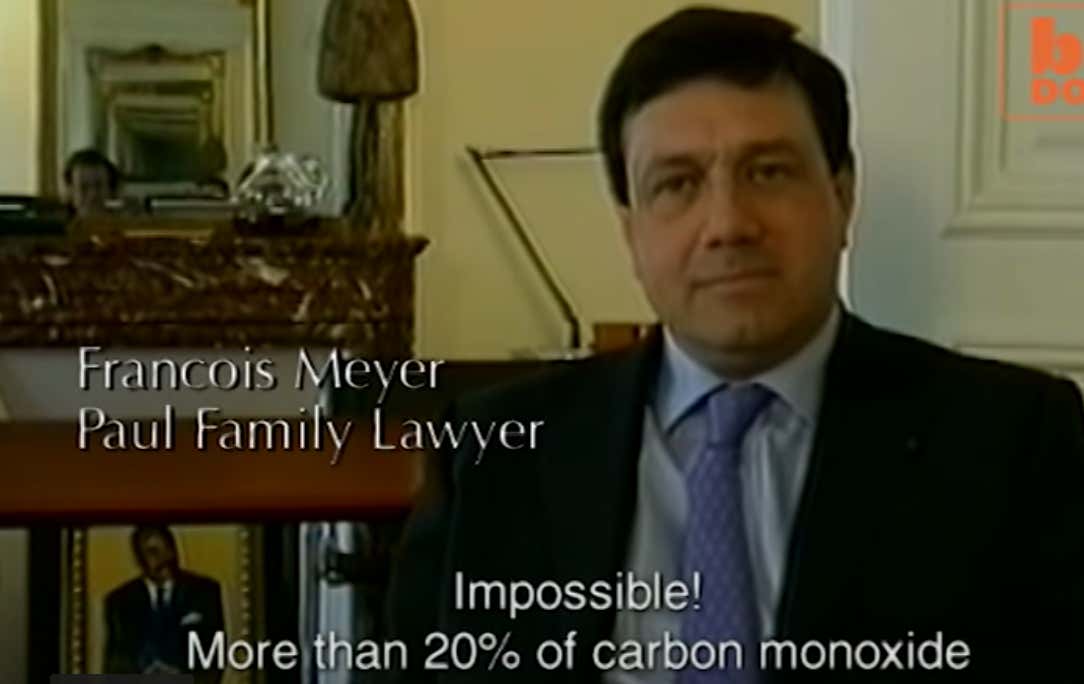 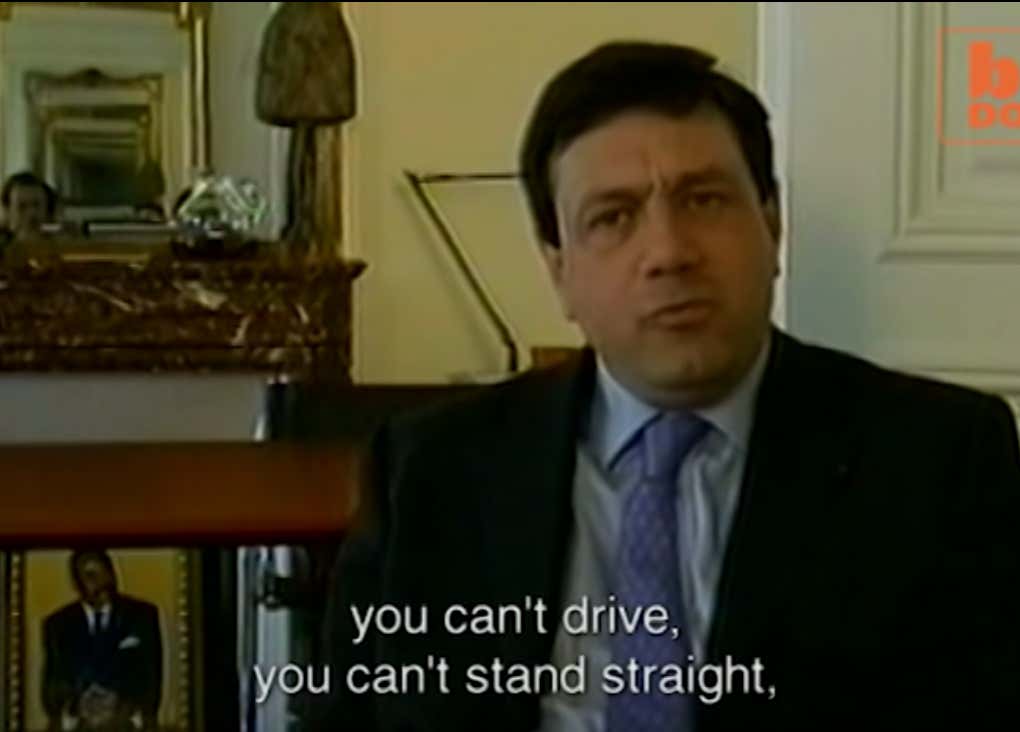 The Paul family was denied all access to his blood and urine samples. Eventually, backed by Dodi's father, they got 4 of Europe's top pathologists to look over the autopsy. The result? 28 critical errors that made the autopsy completely unreliable due to it not being timed, no proper description for the 20.7% carbon monoxide or how his body was identified. 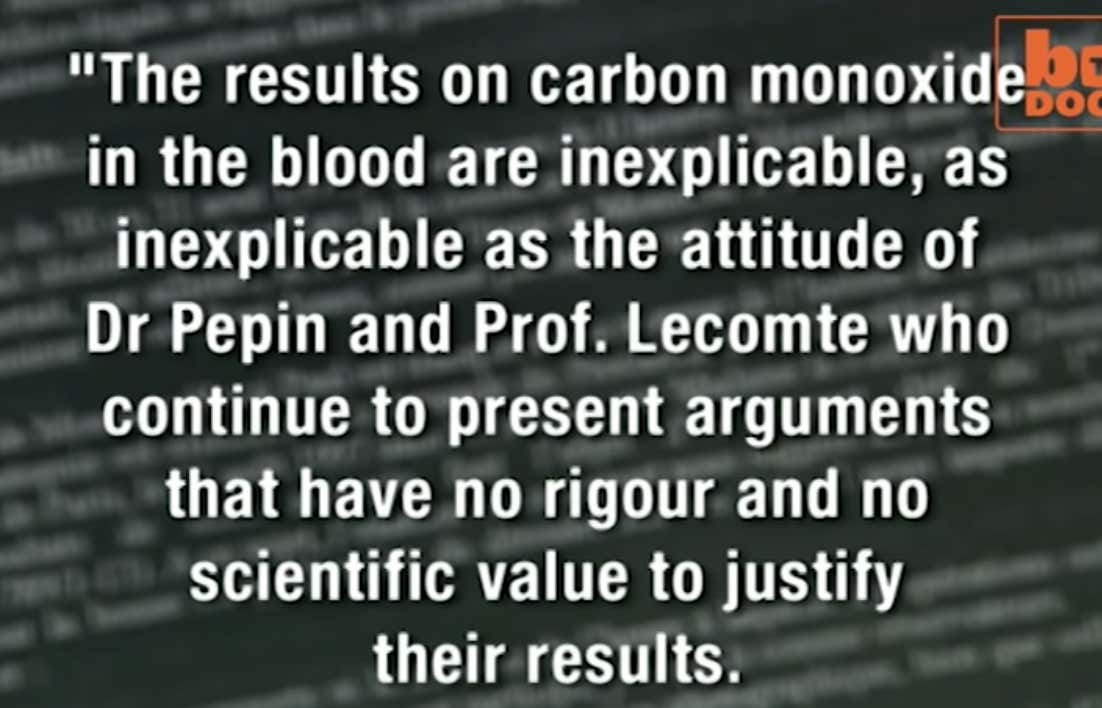 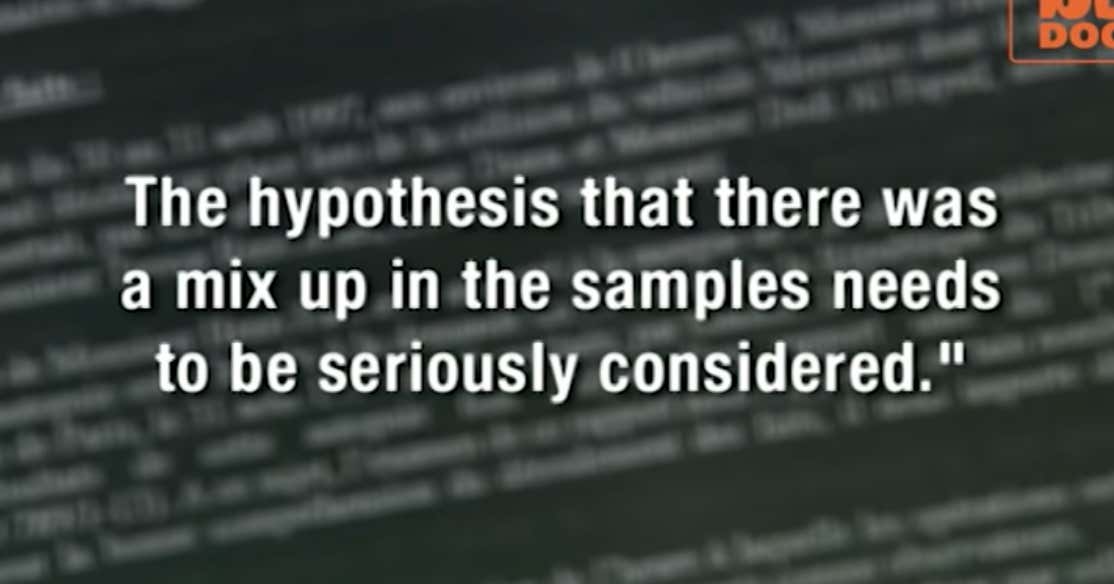 Mohamed Al-Fayed (Dodi's father) wanted the French's inquest to look into the connection between the Mercedes used, which had been a car that was stolen 3 months prior to the night his son died. 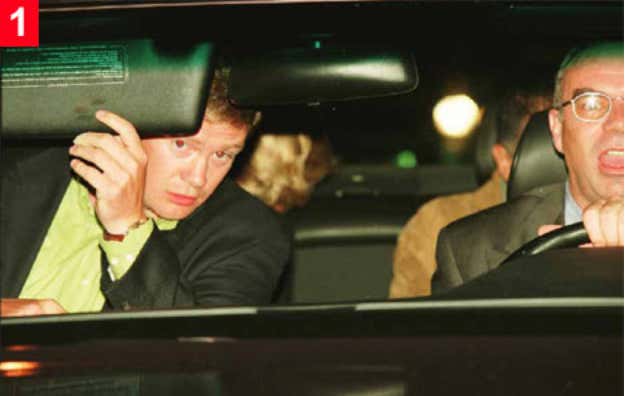 It is unclear how or where this photo was taken, considering it was taken just seconds before their death. How was such a great photo at this angle taken? No answers have ever been said. 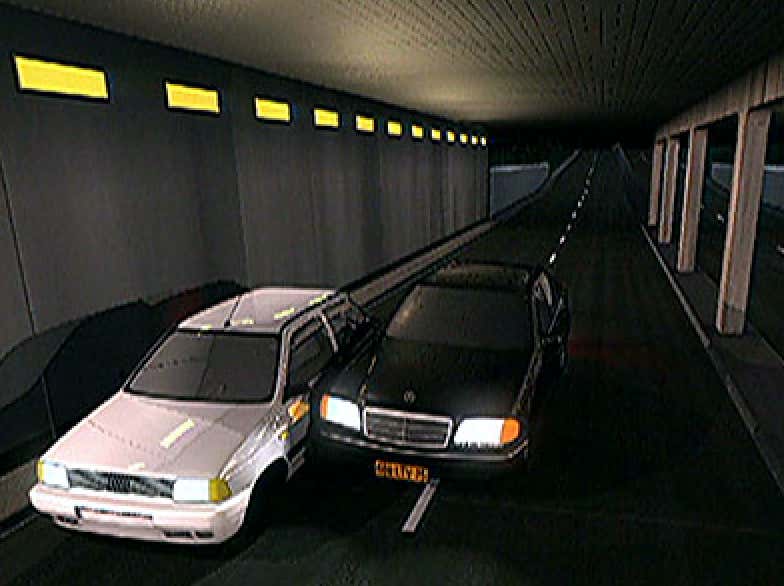 One theory that is often discussed surrounding Diana's death was that a White Fiat Uno intentionally hit the Mercedes in which Dodi+Diana were in. 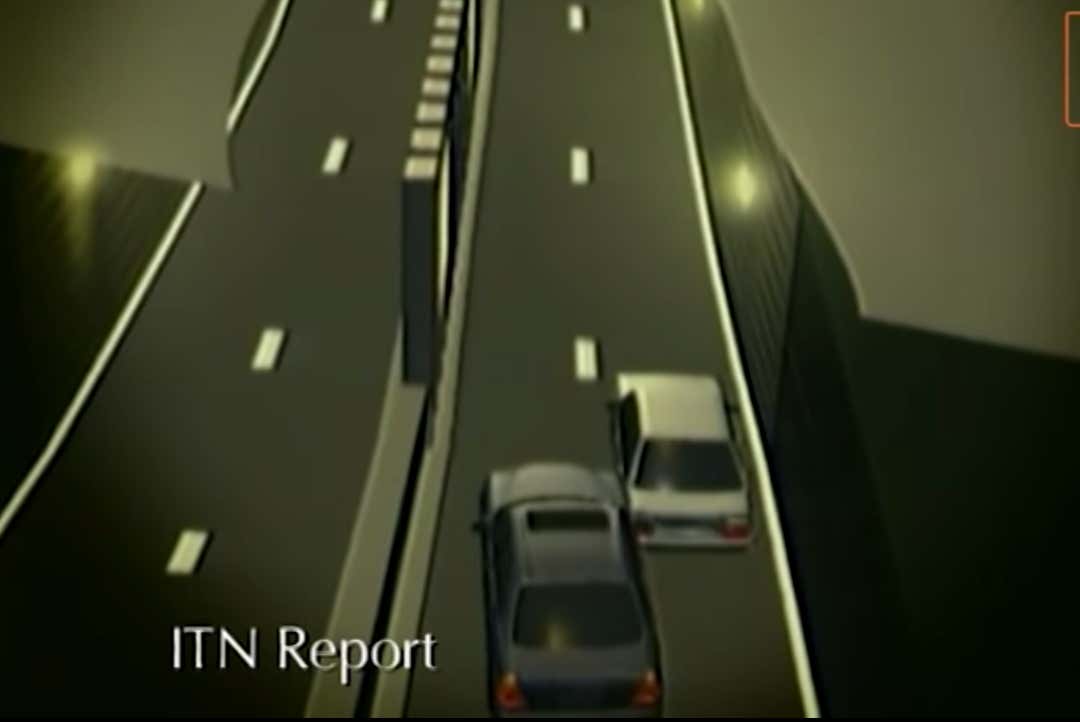 What makes it even more curious is that a car with a fixed rear taillight was found after the crash and the car owned to a paparazzi member named James Andanson. His past was very interesting.

He was very proud of his White Fiat Uno….a local French TV crew even did a feature on how much he liked his car.

James Andanson had photographed Diana that summer (Diana died in late August). Andanson wasn't a joke of a paparazzi either…he was the official photographer of a French prime minister. However, the French cut ties with him after they were told from a reliable source that he was on a yacht with Diana and Dodi for 2-3 days during the summer of 97.

Richard Tomilson, former member of MI6 (England's CIA), said that he had heard MI6 had a figure very similar to Andanson. Both the French and Andanson claimed that he was in the tunnel at the time of the crash.

In June 2000, Andanson reportedly committed suicide. Both his friends and even the funeral director were very skeptical of his death, considering he showed the opposite of suicidal tendencies.

Princess Diana did not die on impact and was alive when the ambulance arrived. However, due to an unusually long commute for the ambulance, She died soon after arriving at the hospital. That hospital was just 3 miles away from the scene of the crash, but took 1 hour and 10 minutes to arrive.

The Scene Of The Crash:

Almost immediately after the crash, the road was power washed and cleaned. 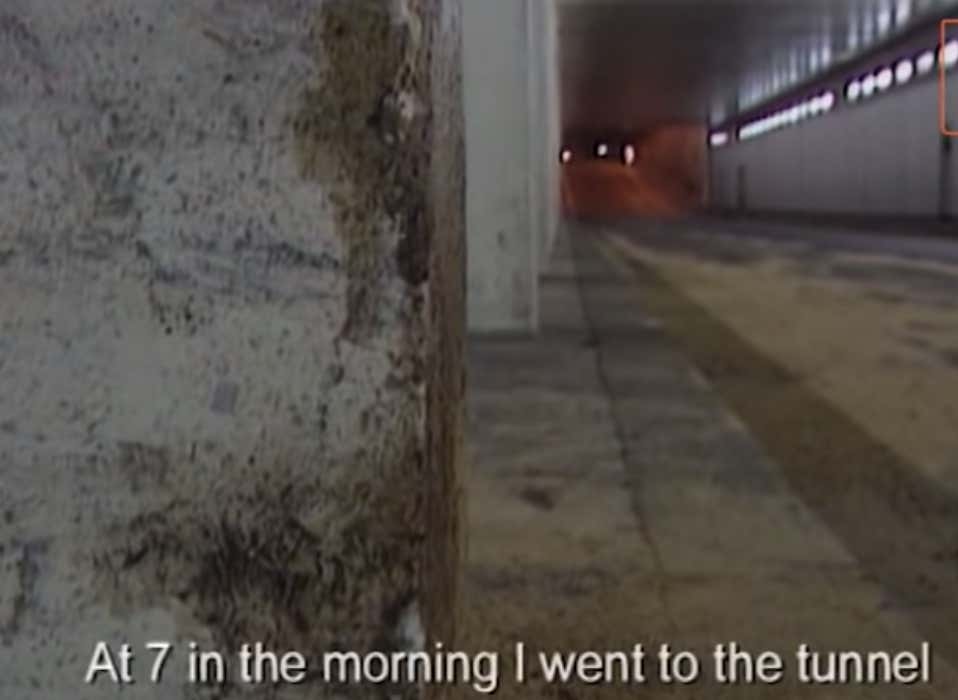 Just 7 hours after the crash, the road was back underuse and there were zero signs of a crash!

Dodi's father, to this day, still believes that Prince Charles and MI6 were behind the killing of Princess Diana and his son. 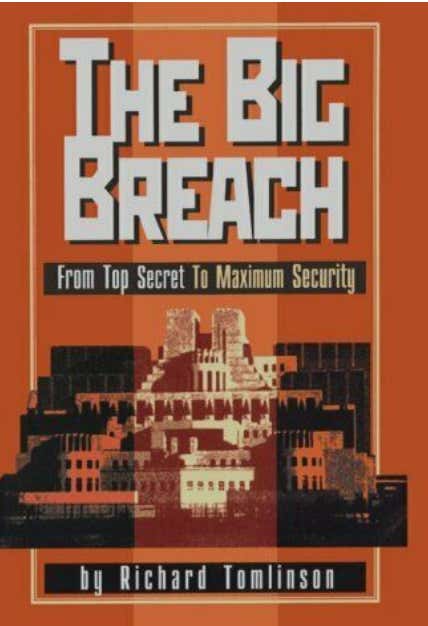 In his book in 2001, Richard Tomlinson, former member of MI6, shared a document he found while working at MI6 about the plot to assassinate a "Serbian leader." 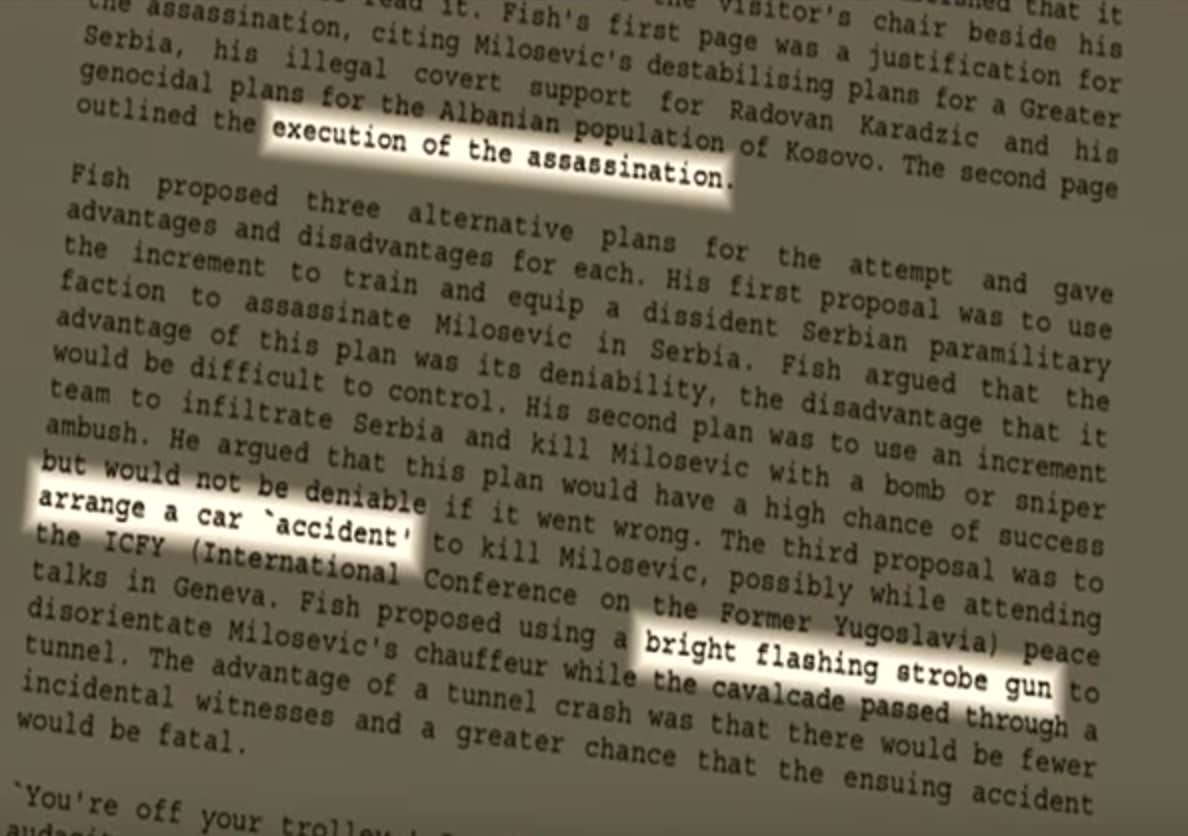 What was outlined was the exact death of Diana. Was this the plot to kill Diana? Possibly.

The connections to MI6 are endless in Diana's death. There was Andanson, Tomlinson, and even Henri Paul had connections to the MI6. I'm not a big believer in coincidences, but this certainly appears to be one.

One of Diana's projects during her life was to ban the use of landmines throughout the world while countries were at war. She visited various countries where children had lost their lives or been severely injured because they had stepped on old landmines after a war had concluded.

Her influence was so heavy that she had even convinced Bill Clinton to advocate for the ban of landmines in warfare. This was a massive accomplishment against the industrial war complex throughout the war. A vote was going be held on September 17th, 1997 and it appeared that Diana was going to get the votes necessary for her project to be complete.

During this time her calls were being monitored by the NSA and MI6. It was clear she was becoming serious trouble for not just the Royal Family, but the world's elite. Here is a conversation with Piers Morgan stating such trouble:

When was her death, you ask? August 31, 1997. The vote came and went on September 17th with only one Western country voting against the ban of landmines. Who was that one vote against it? Bill Clinton.

How does that happen?

The Royal Family has been in the news recently with Harry and Meghan pretty much saying "buh-bah" to the family as we know it. The obvious connection here is that Harry is Diana's son. Did he start to feel the same thing Diana felt? Or did he and Meghan start to notice how hard it is to break down boundries inside the Royal Family.

It is not hard to find information on the Royal Families shaky past on issues such as racism.

If you're not white and English, you're most likely not invited to the Royal Family. Did Meghan want to get out before she suffered the same fate as Diana? Who knows.

I'm not sure about you, but I was taught at a young age that Diana's death was a simple tragic car crash. However, when you dig into it, you will find there are many more questions about her death than answers.

Diana seemed to be somebody that had a good heart and ended up in a bad situation with the Royal Family. She didn't like to listen to orders and didn't fear making the powerful mad. That is a dangerous combo. Who knows if that contributed to her death, but it is 100% part of her story.