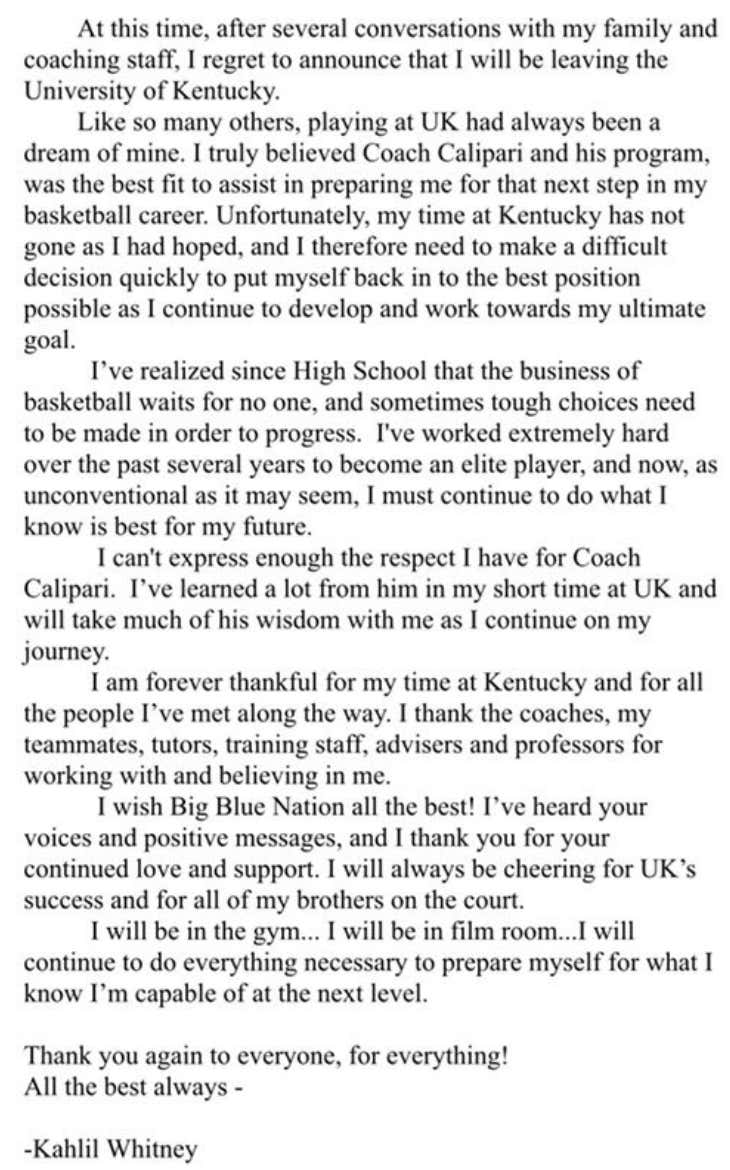 So some breaking news kind of out of nowhere thanks to Kahlil Whitney, a former 5-star, McDonald's All-American. He announced he was leaving Kentucky's program - either to transfer or go play pro somewhere. It's not exactly clear where/what, but the timing opens up both since he's leaving like 2 weeks into the second semester. Now, I'm not surprised that he's transferring. Whitney got stuck on the outside of the rotation. He just never advanced his game while someone like Keion Brooks started to figure shit out and Kentucky adjusted to the 3-guard look, playing Hagans/Quickley/Maxey as much as possible. That leaves a limited rotation.

But look at this again. How many other programs would be fine if a McDonald's All-American, 5-star, preseason guy projected to go top-20 in the NBA Draft just dipped? That's why Kentucky is fine. There's no panic here. Sure, 8 guys on scholarship are making the trip to Lubbock now to play a good Texas Tech team. But, Cal loves a short rotation. Everyone knows their roles. You're not worried about minutes.

The other thing? There's a spot open for someone:

What can go wrong using an extra athletic body in case of foul trouble? Either way, we're fine. Nothing to worry about with a lack of depth now. This is just how Cal likes it. Good luck to Kahlil Whitney, wherever he goes. For what it's worth his final list included Oregon, Illinois and Georgetown and he's from Chicago - so do with that as you will. But now? It's all about winning the SEC again.