Some history on how we got here; Every year I compile four finalists for an award I call the Block of the Year. This year we had a crazy finish that saw George Kittle make up 8% of the vote on Quenton Nelson in a matter of four hours after a very controversial tweet in which I mentioned Kittle’s name and urged voters to remember to vote.

It was tremendously awkward for me as I had already reached out to Quenton Nelson earlier in the day for an acceptance speech, which I had yet to get a response to:

The two ended up splitting 82% of the vote at 41% each and I was in a pickle. Luckily, I have friends that call me on my shit (even if it was an honest mistake), which is a good thing. The only logical thing to do, although it was asking a lot after compiling over 33k votes the first time, was to re-vote on only the top two finalists, which was a decision 78% of the people agreed with.

So I cut up a new video of the finalists and put that poll up until 11:59pm EST last night. While we feared of a potential voter drop-off, we did try to incentivize those that stuck with us throughout the entire process:

After nearly three full days of an unsullied poll, we had a clear winner, with a decisive 60% of the vote, it is Colts Left Guard Quenton Nelson.

Coincidentally enough, I’m in Orlando for the Pro Bowl banking some interviews for Surf & Turf and I was out last night at an event, and wouldn’t you know who would just so happen to stroll by me, but Colts Pro Bowl Left Guard Quenton Nelson. We were an hour away from the poll closing and he had a big lead, so it would appear (again), that they hay was in the barn, so I asked him for an acceptance speech, to which he obliged. Needless to say, it made the final video much better, but you can see for yourself:

The most satisfying part of the night though, was he was genuinely taken aback when I accused him of not responding to my infamous “hey Q…” text. He number searched me and nothing came up! We confirmed all the numbers were right so he texted me back and then everything loaded. Weird technological glitch, but his text back to get everything to load absolutely perfect. 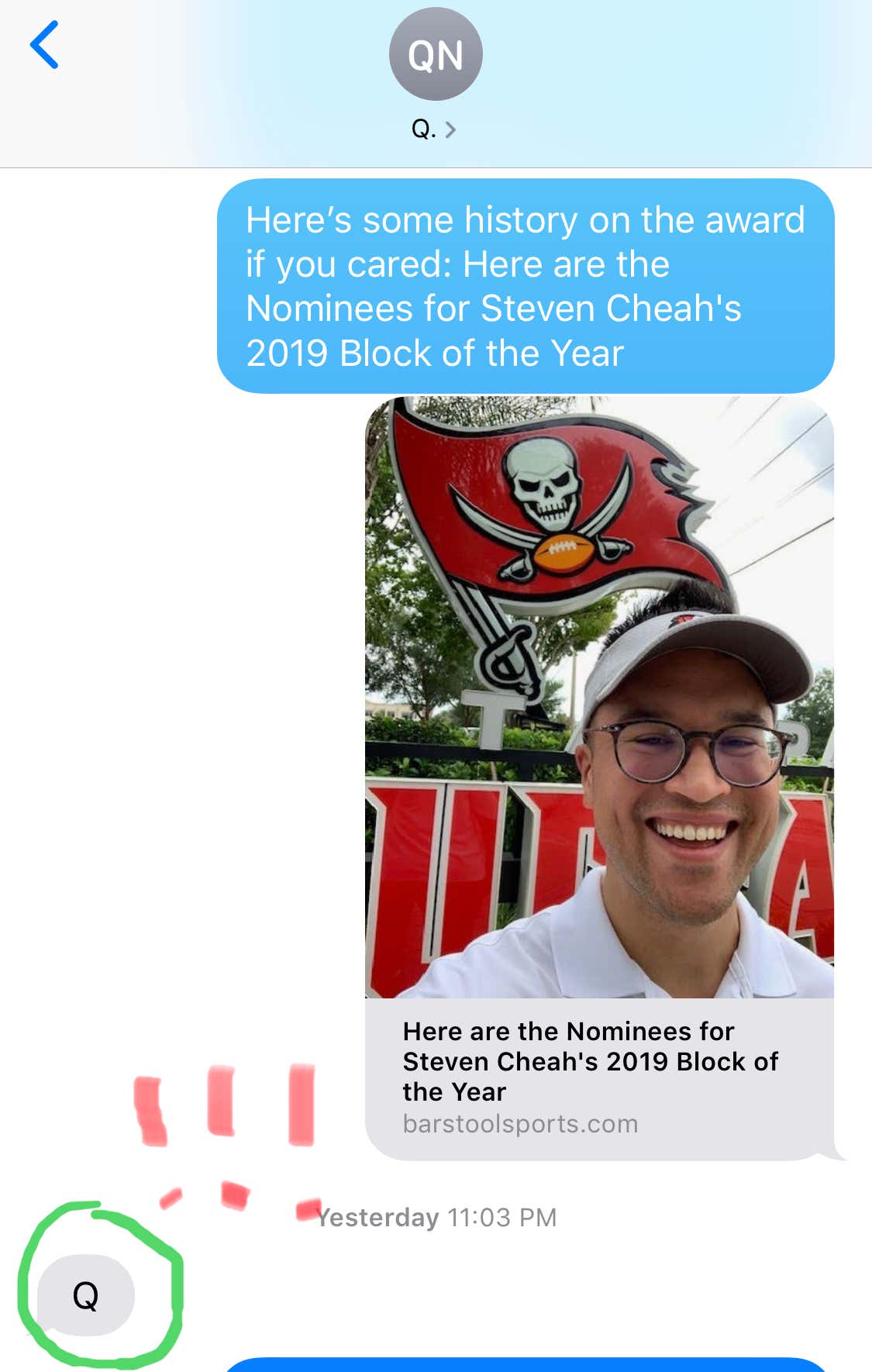 So congrats to the 2019 B.O.Y. Award Winner, Q. If you voted, please remember to buy a shirt letting people know you exercised your right as an American to vote:

block of the year+ 8 Tags