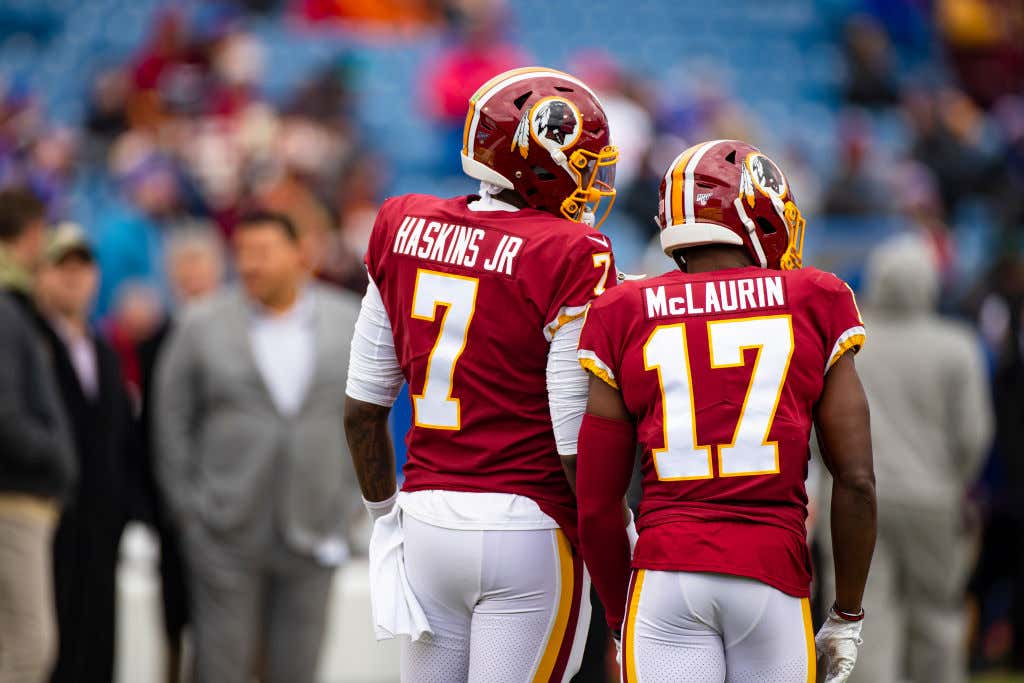 ESPN - Pro Football Focus has unveiled its wins above replacement metric in recent weeks (PFF WAR), and we used it to rank all 32 teams on the value of their rookie class over expectation given where each player was selected in the 2019 draft. 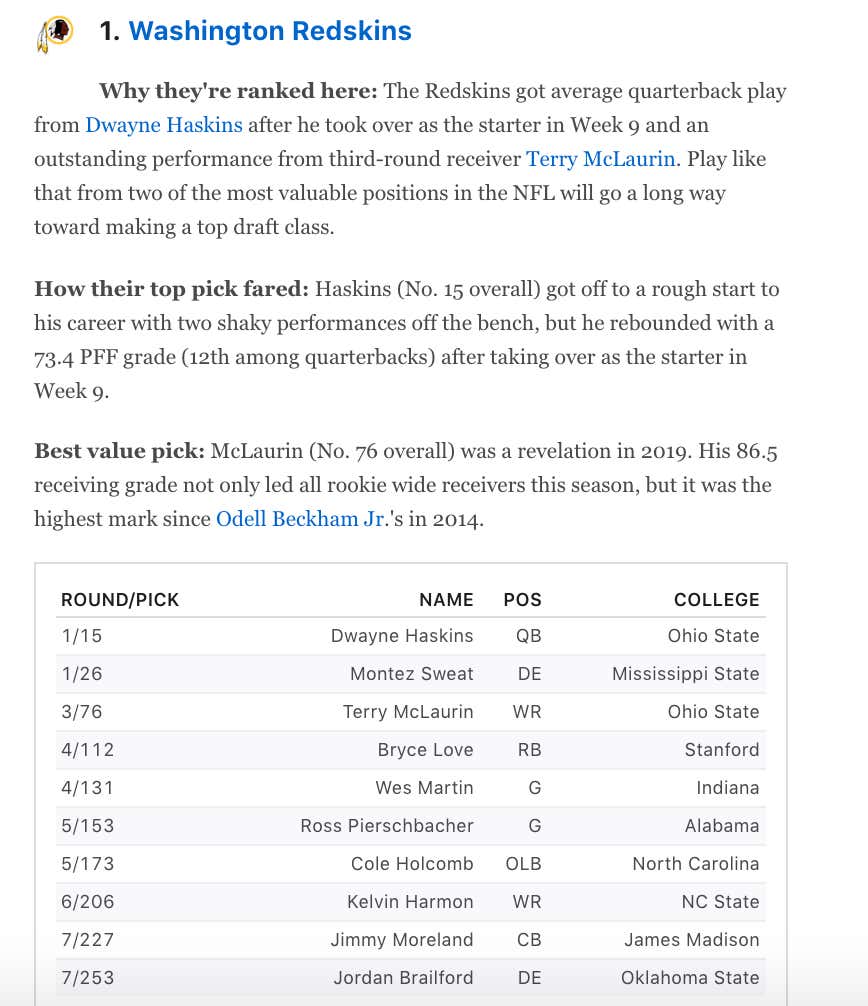 I coulda told you this, but now PFF confirms it- the Redskins had the best rookie class in 2019 and they are only getting better. From top to bottom the Skins got production out of every round. Let's start at the top:

Round 1 - Dwayne Haskins and Montez Sweat

I was ecstatic on draft day when Haskins dropped to 15 and when the Skins traded up to nab Sweat at 26. Haskins looked great in his final 2 starts of the season, throwing 4 TDs, no INTs, going 31/43 (74%), showing that accuracy he had in college.

Sweat was misused all year by Manusky, but still finished his rookie season with 7 sacks. For comparison, JJ Watt had 5.5 his rookie year. Sweat is 6'6, 260 pounds and runs a 4.4 40. He is an absolute monster off the edge, and when used correctly next season, will have double digit sacks.

Round 3 - Terry the GOAT McLaurin

What more can be said about Scary Terry? He is an absolute stud. A top 10 WR in the league. The biggest steal in draft history. A current hall of famer. His number should be retired league-wide. Churches will be built in his name.

Round 4 - Bryce Love and Wes Martin

It's easy to forget we have Bryce Love, the 2017 Heisman runner-up when he had 263 carries for 2,118 yards, an 8.1 ypc average. He could have gone to the league, but went back to school and got hurt his senior year. If he can get back to form, the Skins have an absolute beast of a RB in Love.

Wes Martin stepped in at guard and was solid for a 4th round rookie. That's exactly what you look for in depth linemen and he did exactly what he was drafted to do, plus more.

Round 5 - Ross Pierschbacher and Cole Holcomb

Cole Holcomb on the other hand showed awesome flashes as a rookie LB. Some games he was the best player on the defensive side of the ball. He got lost in coverage sometimes, but he'll learn from that. Cole Holcomb is a future pro bowler, no doubt about it.

It's truly nuts how much production the Skins got from these late round picks. Kelvin Harmon went from an afterthought to being a problem

He has the size, speed, and hands to be around for quite a while. He finished his rookie season with 30 catches for 365 yards, and I expect him to be over 50 grabs and over 600 yards next season. Not bad for a 6th rounder.

Round 7 - The People's Corner Jimmy MF'ing Moreland and Jordan Brailford

Everyone knows Jimmy Moreland by now. A 7th rounder out of JMU was the star of training camp, and he parlayed that into a pretty productive rookie campaign. As far as 7th rounders go, Jimmy is one of the best. He should start at corner next year.

I believe Brailford was on IR all season, but this clip exists

So out of 10 total picks, the Skins got production out of 8 of them, including finding multiple starters in Haskins, Sweat, McLaurin, Holcomb, and Moreland.

Oh and this year, we draft Chase Young. The Skins are going to be good, man. I believe it. I really do. Boy is it going to hurt even more when this young, good team blows up in my face. Nope. No it won't. Not going to let myself start talking like that. The Skins will be good. I am typing it into existence. 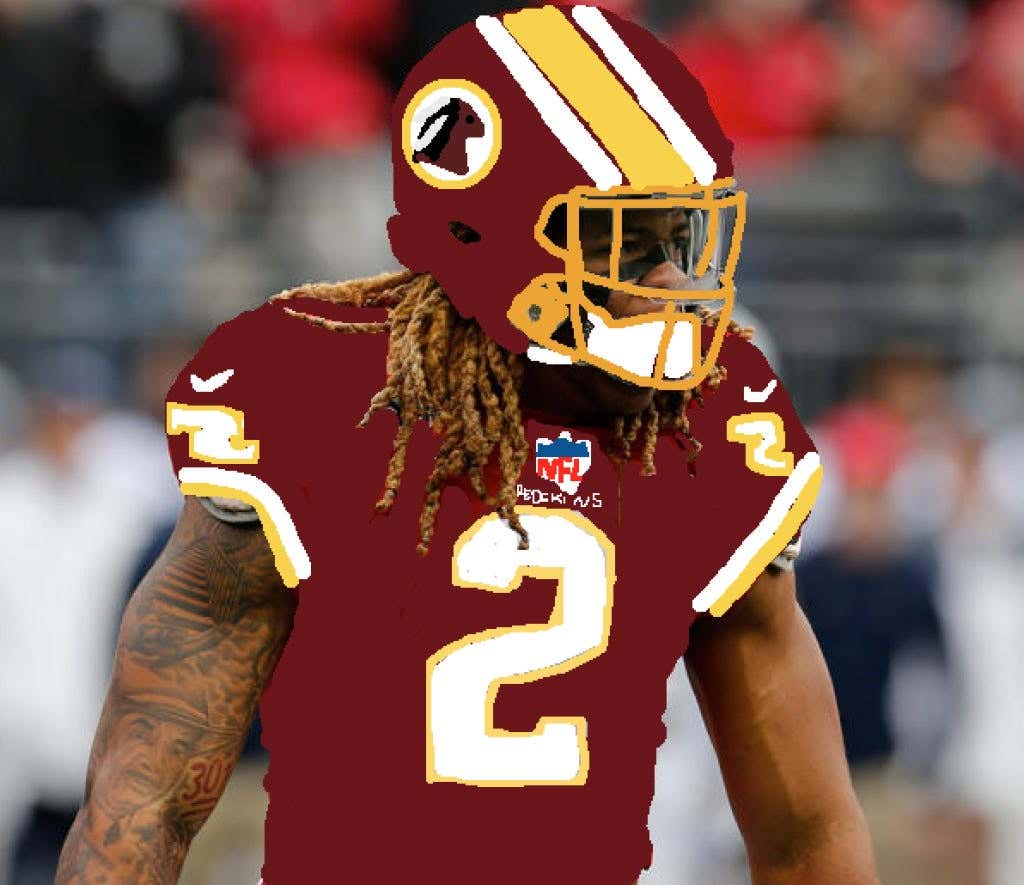