Highlights for people that can't watch the whole game:

When the haters and dullards bring up Eli Manning's career, they usually mention the dumb faces, bad interceptions, famous last name, and about 100 other things before they actually talk about the good stuff he did on the field. But when I think of Eli Manning, I think of this NFC Championship game first. Actually I think about the Super Bowl titles he won by outdueling the greatest quarterback of all-time and defeating the greatest NFL coach of all-time that had two weeks to prepare for him a neutral field. Twice.

However the next thing I think of is Eli getting his dick kicked in by an absolutely LOADED 49ers defense in the San Fran slop but continuing to come back for more like an undead Michael Myers, only if Myers had a cannon for an arm and balls the size of Glenny. To be honest, I don't even remember many of Eli's throws from that game. Instead I remember him just getting mollywhopped by real life monsters named Justin Smith, Aldon Smith, Patrick Willis, and Ray McDonald. 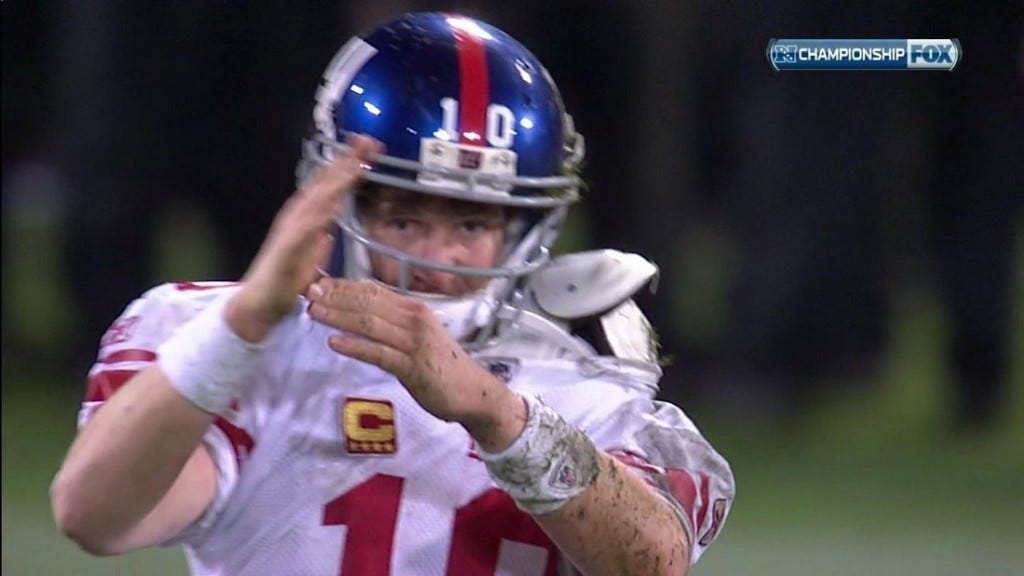 Yet all Eli did after getting walloped by hits that would kill mere mortals like you and I was shake it off, pick the turf out of his helmet, then drop another dime to a different receiver whose Giants career was cut criminally too short like pretty much all of Eli's favorite targets, which is par for the course for a player that never missed a game due to injury. John McClane ain't got shit on Eli Manning.

Oh yeah and I also remember Steve Weatherford's all-time great reaction after Larry Tynes kicked us to another Super Bowl.

But it's mostly Eli going 32 for 58 for 316 yards, 2 TDs, and no picks against a vicious defense in the middle of a run where he set the record for most passing yards in a postseason (1219) while also having a 9:1 TD:INT ratio despite having the 32nd ranked rushing game and the 27th ranked defense. Funny how those stats and the dominant stretch of 4th quarters Eli had get skimmed over by people who want to only talk about the defenders and "luck" Eli had during his Super Bowl runs.

There will be plenty of Eli slander over the next few days, weeks, months, and years as his countdown to Canton begins. But let the haters get their cheap shots in now, because they can't take away games like this one, or the one before where he beat Aaron Rodgers and a 15-1 Packers team, of the one that ended Brett Favre's career in Green Bay, or the one where he beat the best Cowboys team this century, or the aforementioned Super Bowls against the greatest dynasty in NFL history, or the yellow jacket he will have in a few years.

I hope the haters had their fun while they had a chance during Eli's last few seasons with guys like Ereck Flowers blocking for him. Because they are going to be absolutely sick to their little tummies once he becomes an immortal in Canton sooner rather than later.

This is a first ballot Hall of Fame GIF by the way and this is a Hall of Fame shirt (back on sale for a limited time and almost 50% off). 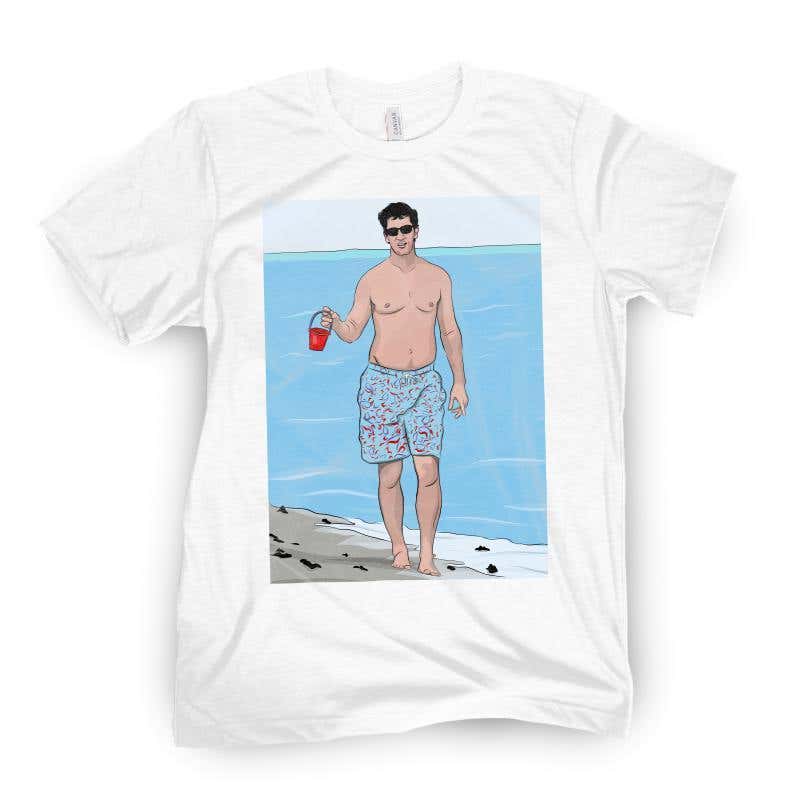