Coley blogged about the death of Mr. Peanut earlier today. However, while the world mourns the loss of a legend, I am trading in my black suit for a tinfoil hat. You know why? Because I am getting major Mufasa vibes from Mr. Peanut's death.

Which got me thinking. That armadillo didn't just happen to end up in the middle of that road at the worst possible time. He was placed there at the perfect moment. Scar used wildebeests, our faceless murderer used an armadillo.

Who was that murderer? Lets break it down. 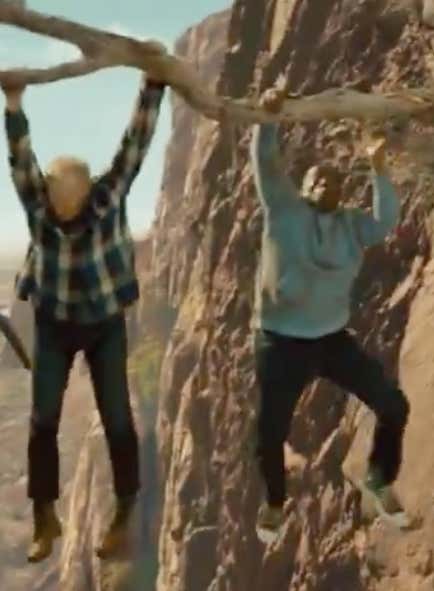 These two are so obvious, I am discounting them as nothing but patsies. Snipes having money problems raises multiple red flags. But both him and Walsh being a few splinters away from plummeting to their death has me wary to put them as prime suspects. 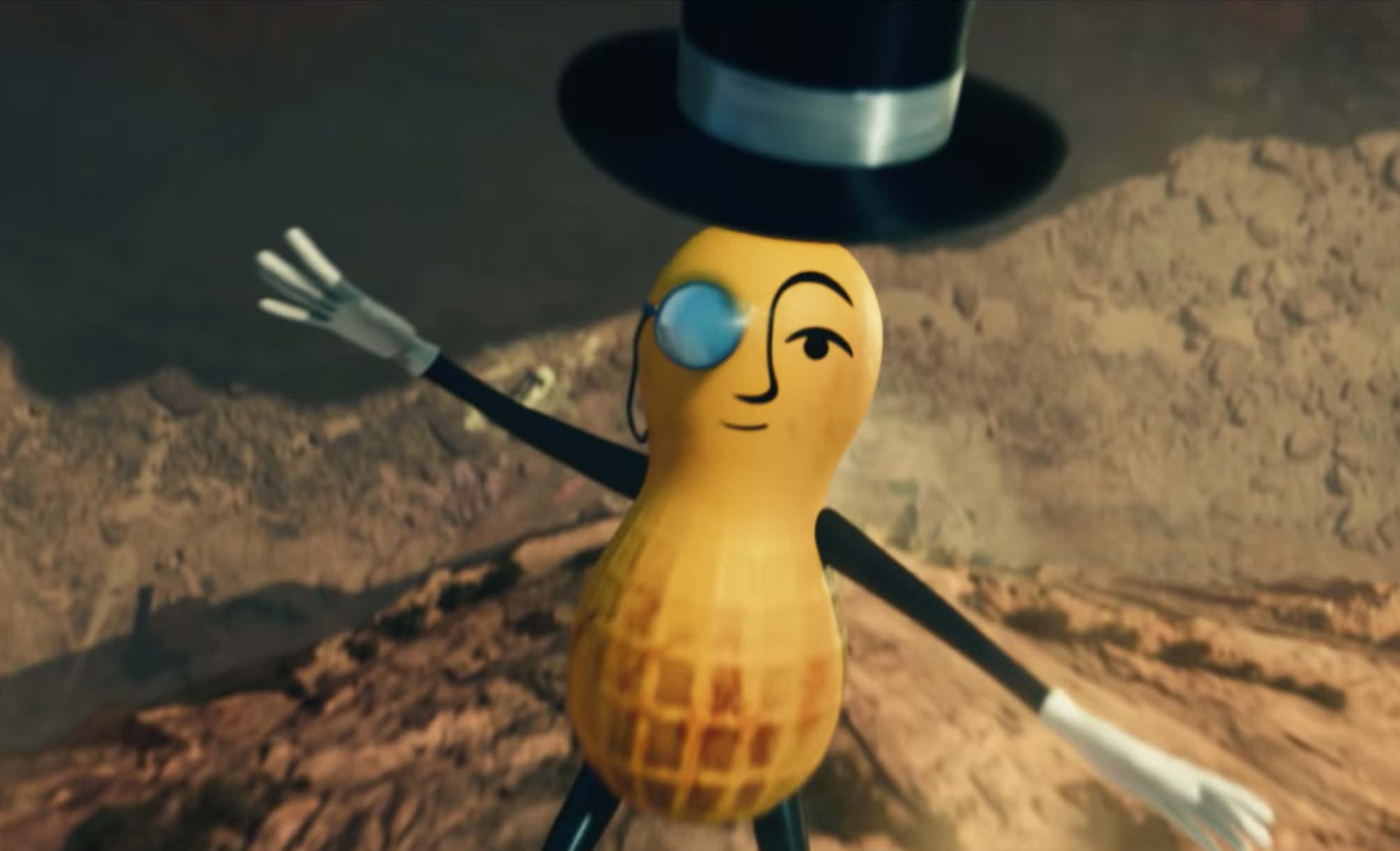 I'm not saying Mr. Peanut went full Charlie Kelly Wildcard and cut the brakes to his own car so he could fake his own death to avoid any trouble he had gotten himself into. But I'm also not not saying it as well. I'll have to do a search to see if anyone bought a bunch of fake explosives around the area where this "crash" occurred because we know that car fuel does not melt Mr. Peanut cars.

However if it comes out that Mr. Peanut killed himself, I call dibs on this meme.

MILWAUKEE-Asked restaurant host: "God, did you hear about Mr. Peanut?"

Me: "Died. He killed himself."

Thought he would cry. 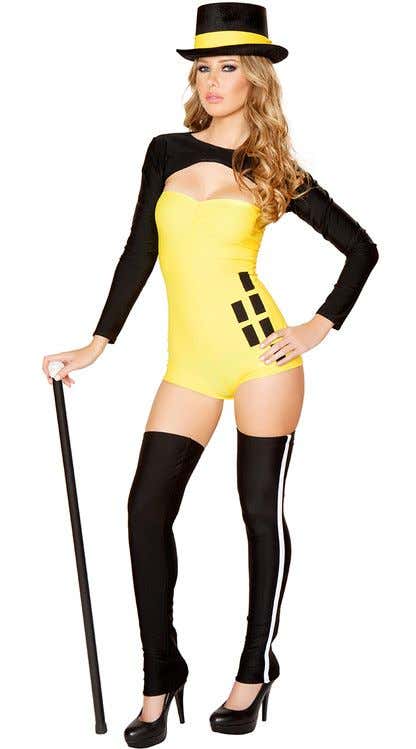 According to my sources, Mr. Peanut had a multi million dollar life insurance policy taken out on him exactly one month ago. The person who would cash in on that policy if he croaked? You guessed it, Mrs. Peanut. Do you know how hard it is to kill a 104 year old peanut? It's pretty much impossible outside of eating him or roasting him because he's a fucking peanut. Well Mr. Peanut's ass just got roasted and his cash just got ghosted.

I've already said too much.

The People That Run The @MrPeanut Twitter Handle - EVEN 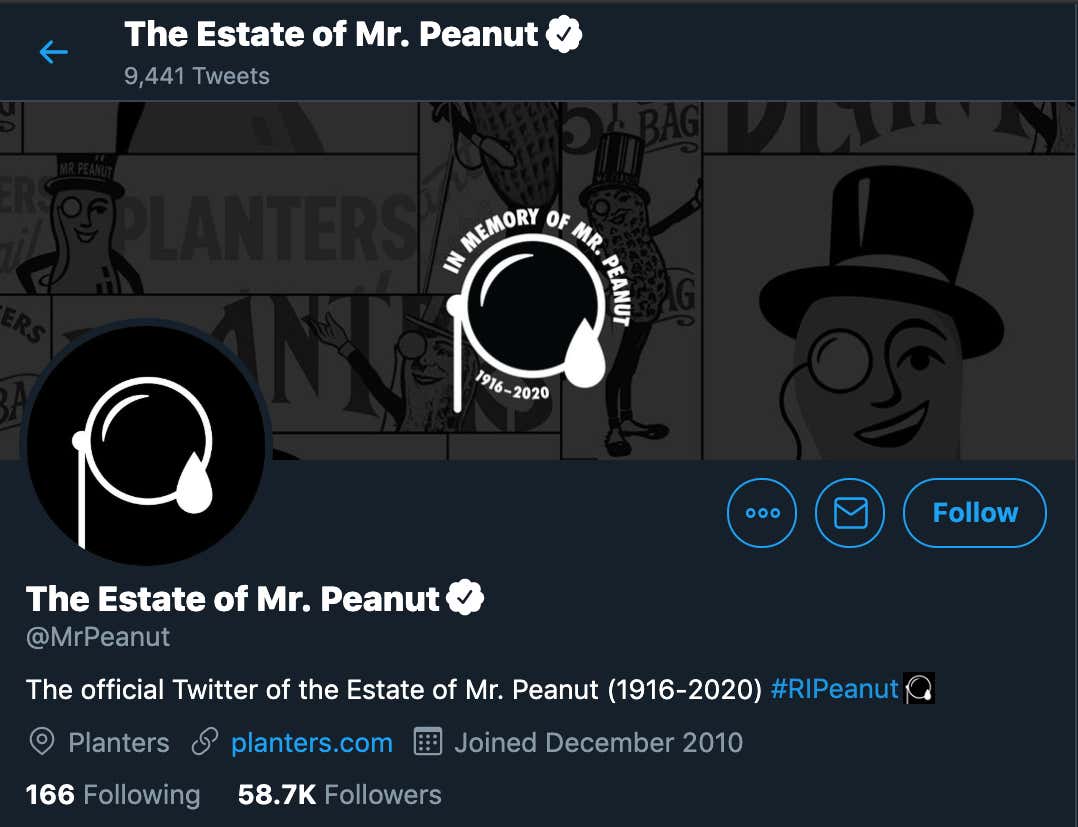 THE ANSWER HAS BEEN SITTING IN FRONT OF OUR FACES THE ENTIRE TIME! There is no way a rich ass legume like Mr. Peanut ran his own Twitter account. The dude wore a monocle. Nobody that wears a monocle goes on a cultural shit hole like Twitter and that's coming from someone that spends every waking moment on that cultural shit hole.

But you know who was the first account that tweeted that horrific death video? @MrPeanut. Who has enjoyed a full day of clout honoring the death of MP by retweeting every account that merely mentioned the name Mr. Peanut in a time where everyone else was mourning? @MrPeanut. 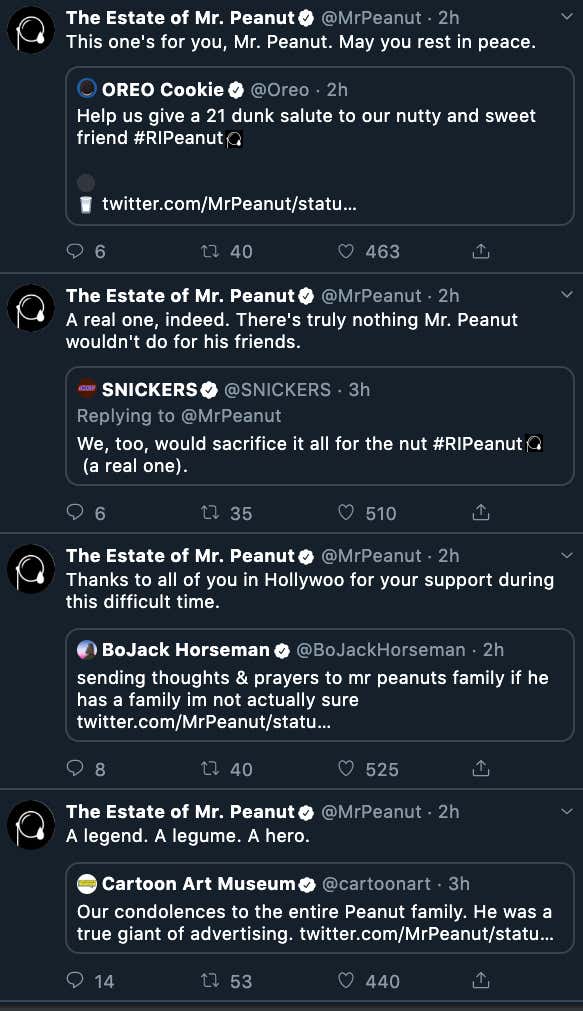 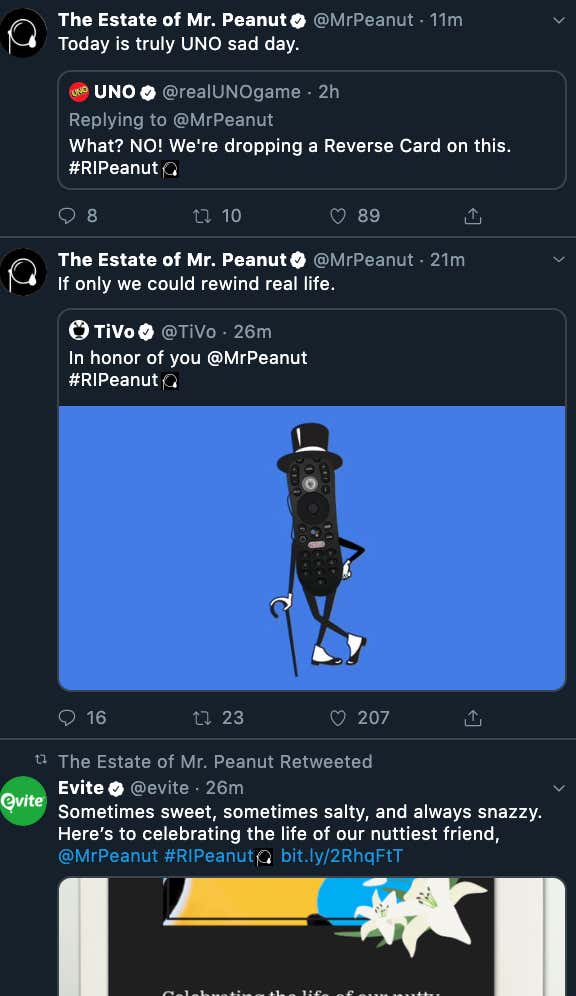 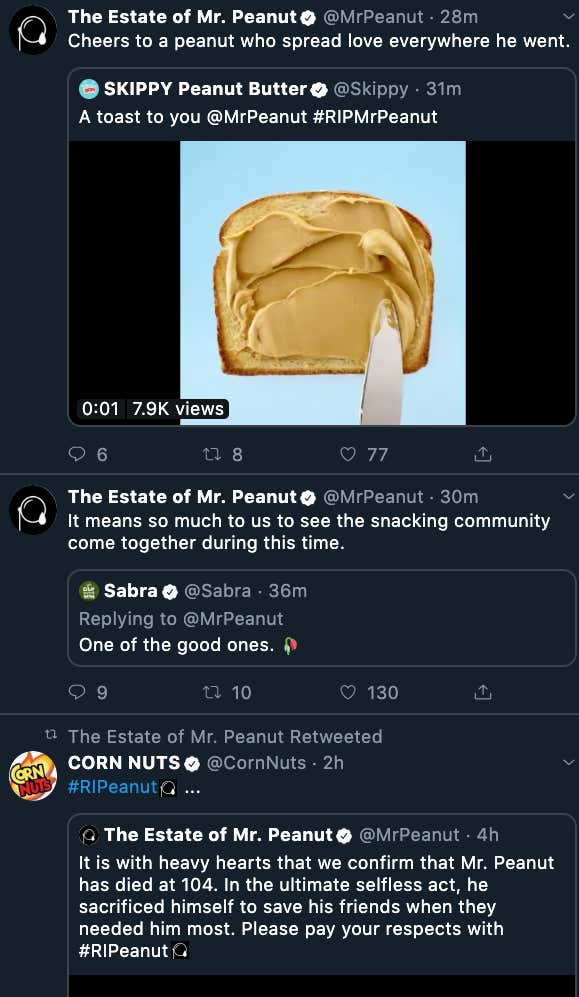 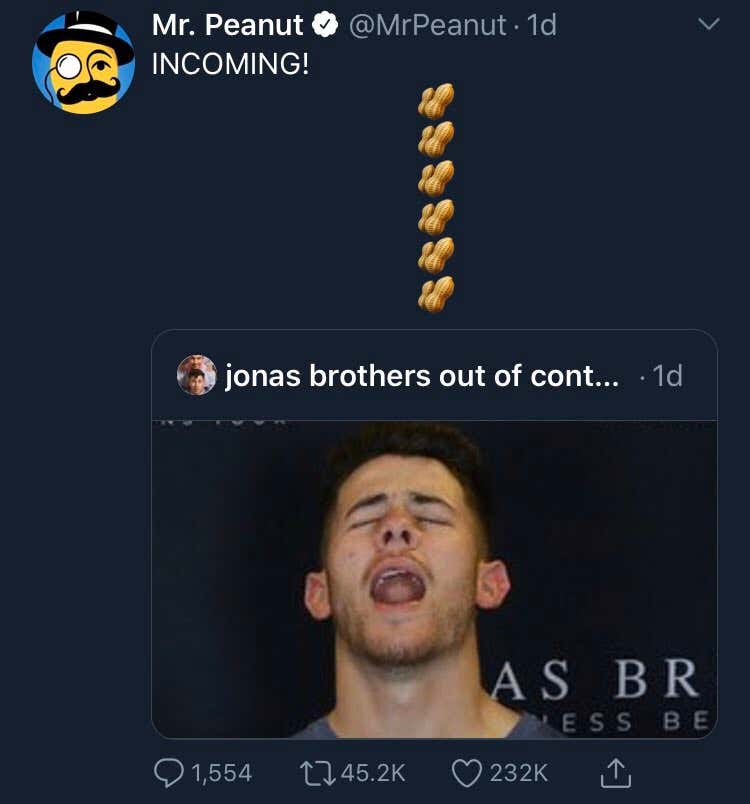 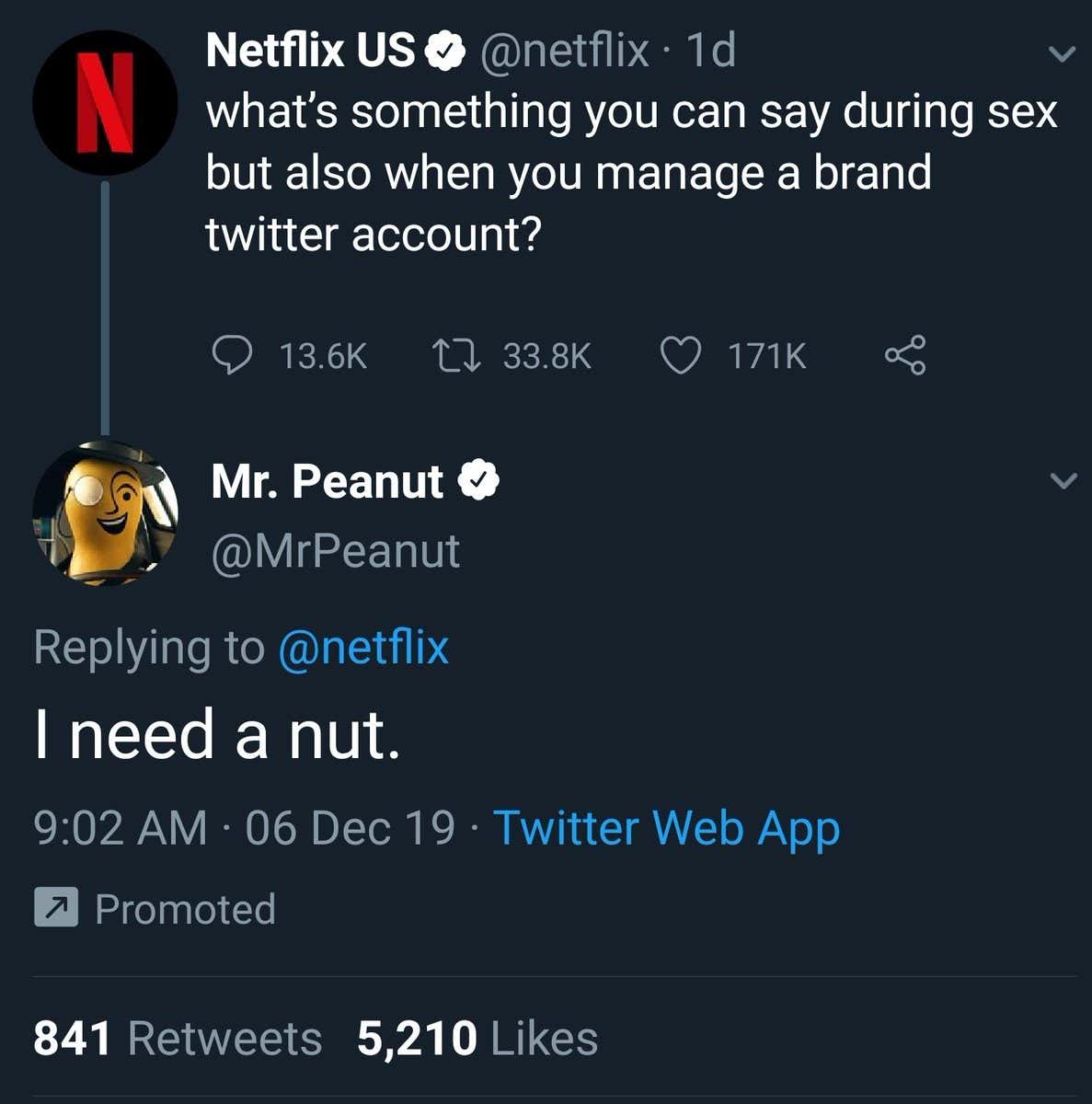 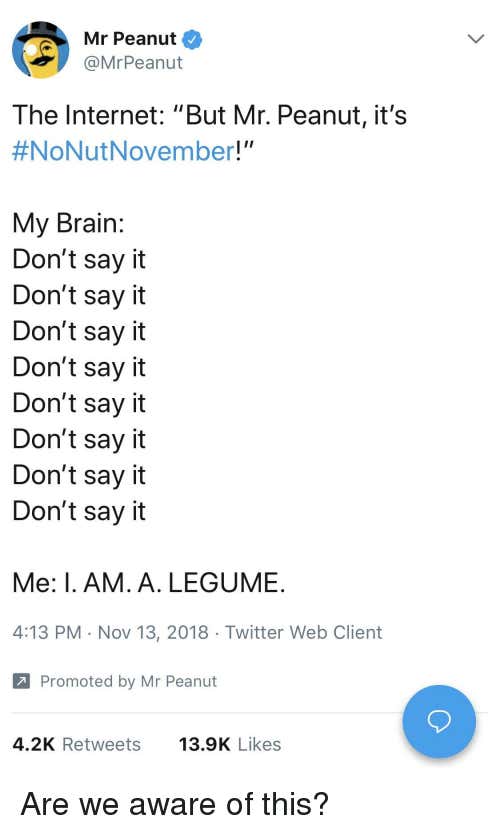 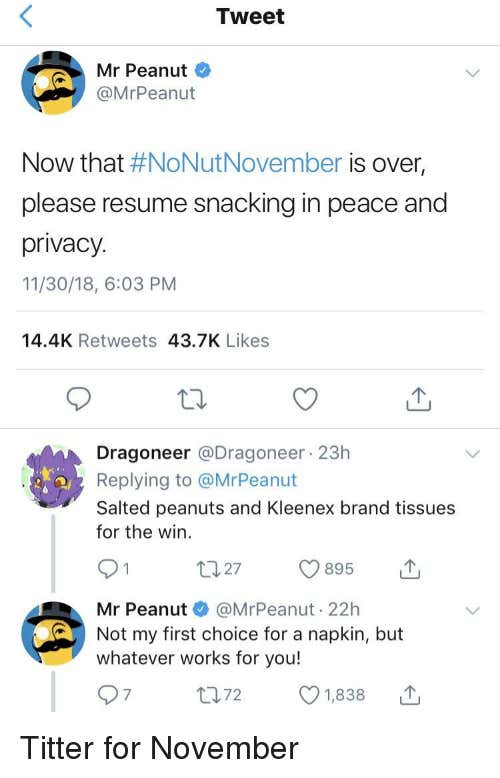 Case closed. Someone go arrest Mr. Peanut's ghostwriters this instant for murder in the 1st degree as long as that's the worst type of murder to be charged with.