I'm getting older too... 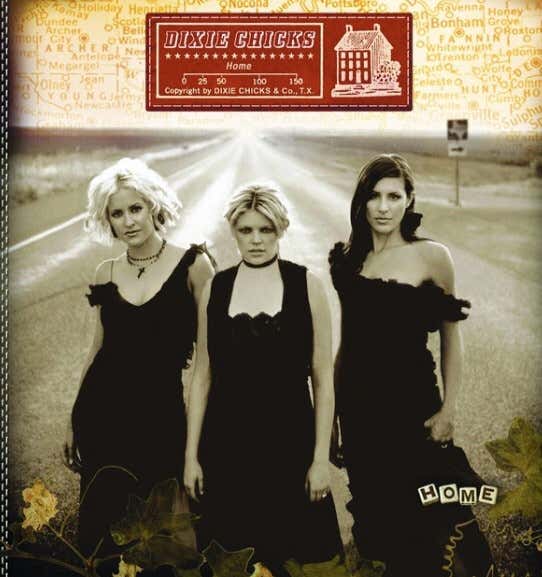 I turn 27 this weekend. Which is bittersweet for several reasons, but mostly because it's the same age as Natalie Maines of the Dixie Chicks when she wrote Landslide in 2002. It’s hard to believe that it’s already been 18 years since one of the greatest songs ever composed was released. But heck, it's even harder to believe that a trio of young, fun-loving chicks from Texas were able to create such a universally powerful piece of art. For me, Landslide serves as the ultimate litmus test for my emotional state. If I can get through the whole song without tearing up, then I'm doing alright. Buttttt, if I'm struggling mentally, it will absolutely destroy me by the 6 second mark. Lol. One time, while brunching with a group of friends, I quipped “Landslide is like laxatives for crying” and we all shared a chuckle and mimosa cling. Anyway, here are the top 10 covers of the the 13-time Grammy winning bluegrass babes' influential jam.

Oof. Not sure how you take one of the most beautiful country pop songs of the early 2000s and make it sound boring and shitty, but these British douchebags managed to do it. Guess you can't really blame the Chicks for hating Bush. Ha.

Ehhhh, not really my style, but to each their own. Sounds like the runner up in a karaoke competition at a bar in Des Moines. The Chicks' Southern twang and Texas flavor is what makes Landslide such an iconic track, and these gothic dweebs completely omitted that from their little cover. Pass.

A little pitchy and bland at times, but there’s no denying that this band did a decent job at performing such a groundbreaking 21st century tune. Can't help but think the Chicks would give Fleetwood's cover their nod of approval.

Just like during his time with One Direction, Harry's performance was watered down by inferior collaborators with this one. Don't get me wrong, the elderly broad wasn't bad at all — just not even close to Harry's level of musical talent.

This one is actually good! I just hate the fact that she performed it somewhere gross and underground like this Subway bunker. I usually refrain from speaking for the Chicks, but they wouldn't be caught dead somewhere disgusting like that. Show me this musician playing Landslide on a Texas prairie, or in the back of a Ford F-150 Extended Cab that's tearing up an old back road, and then I'll be way more impressed.

This EDM remix is undeniably dope, but it's even more gnarly when you consider Mash Master used pitch-shifting software to completely alter the sound of the Chicks' perfect voices, and still managed to brew up a banger.

A blonde-haired, Southern-bred bombshell singing Landslide with a little bit of rebel rasp? The way it was intended to be sunged? Yes, please. Not in the same galaxy as the Chicks, talent-wise, but good enough to earn a top 3 ranking.

Okay, so I didn’t actually watch or listen to this one. Sue me. But I can tell by the way she’s gripping her guitar and staring at the camera like one of Ed Gein’s taxidermy projects that she delivered a flawless rendition of the timeless bop.

Maybe I'm biased because Heather Morris and Gwyneth Paltrow remind me of the Arkansas version of Natalie and Emily, but come on. You're not gonna get much closer to the original than this.