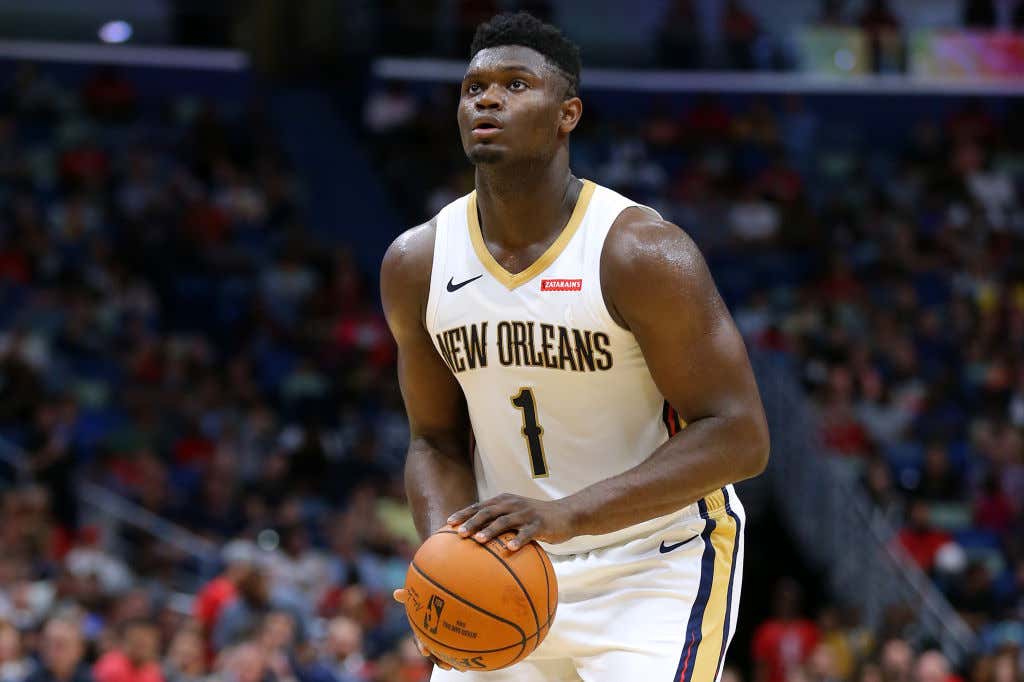 It has been a total of 101 days since we last saw Zion play any sort of basketball. It came back in early October during the preseason where you may remember the Pelicans were 4-0 and Zion put up numbers the league hadn't seen from a rookie in over a decade. He averaged 23.3/6.5/2.3/1.5 while shooting 71% from the field in 27 minutes and looks fairly unstoppable every time he set foot on the floor. All that worry about his jumper yet nobody could stop him from getting to the rim so it was whatever. Zion had the most points in a game as a rookie since DRose when he dropped 29 against the Bulls in what was truly a dominant performance

For those who may not remember, this is what his preseason looked like

Then we learned about his knee injury and it's been nothing but waiting ever since. Well the wait is finally over and Zion joins the Pelicans at a pretty interesting time. They've backed off the idea of being sellers at the upcoming trade deadline and instead want to see how this team looks with Zion being a part of it. The Pelicans are playing well recently, they're 6-4 over their last 10 and sit just 3.5 games out of the final playoff spot. The team Zion will debut against, SA, is one of the teams they are trying to leap. A look at NO's schedule and Zion is starting his NBA career off with the Spurs/Nuggets/Celtics with a grouping of MEM/HOU/MIL starting at the end of the month. If Zion is going to make the impact we all think he will, that's a good spot in the schedule to inject the Pelicans with some additional firepower.

Of course, everyone is going to overreact to however Zion looks whether it be good or bad. When you're the most hyped prospect since LeBron that comes with the territory and is certainly not new for Zion. I'm just happy he's back because I cannot wait to see how he looks in this lineup. They said he's going to start and only play 15-20 minutes but that should be more than enough time for him to put on a show. It should also be noted that the Pelicans have the second easiest remaining schedule in the NBA, so if Zion shows to be the real deal, I'm not ruling out that this team can't make the playoffs. Who would have thought that would be a real possibility when the AD trade first happened?

Hopefully Zion stays healthy for the rest of the season because I don't think it's a hot take to suggest the league is better with a healthy Zion playing games and dunking his face off.