Hue Jackson would like to get back into coaching, but hasn’t been overwhelmed with offers since being fired by the Browns.

“My coaching record over 32 years speaks for itself,” Jackson said, via Joe Reedy of the Associated Press. “I don’t think 2½ years at Cleveland should tarnish my whole career."

"Please do not hold my personal failures against me" - Hue Jackson

Well, Hue, unfortunately that is not how the world works. Even in a career as menial as a grocery store clerk, when you're completely terrible, you don't get another chance at it. They stick you on shelf restocking duty for life. But when we're talking about being an NFL head coach, where there's only 32 positions in the entire world, your record is how you are judged. Plain and simple. And there is no way in hell that you're going to get another chance after going 3-36-1 in Cleveland. Your second chance was when the Haslam's let you stick around after going 1-15. And then you turned around and went 0-16!!!! And they still kept you. That's what I'd call a third chance....and you blew that one too.

And I know Cleveland is the laughing stock of the league, but Hue is acting like he shouldn't be held accountable for anything that happened there because it's so bad. I know the organization sucks, but lets not act like we're putting a JV team out there week after week. You went 3-36 in two and a half seasons with the Browns.....and then your interim coach came in and won 5 of 8 games. Ipso facto, you stink. That literally proves that this team simply needs a head coach with a brain. It's too bad we couldn't find one in our next try either. 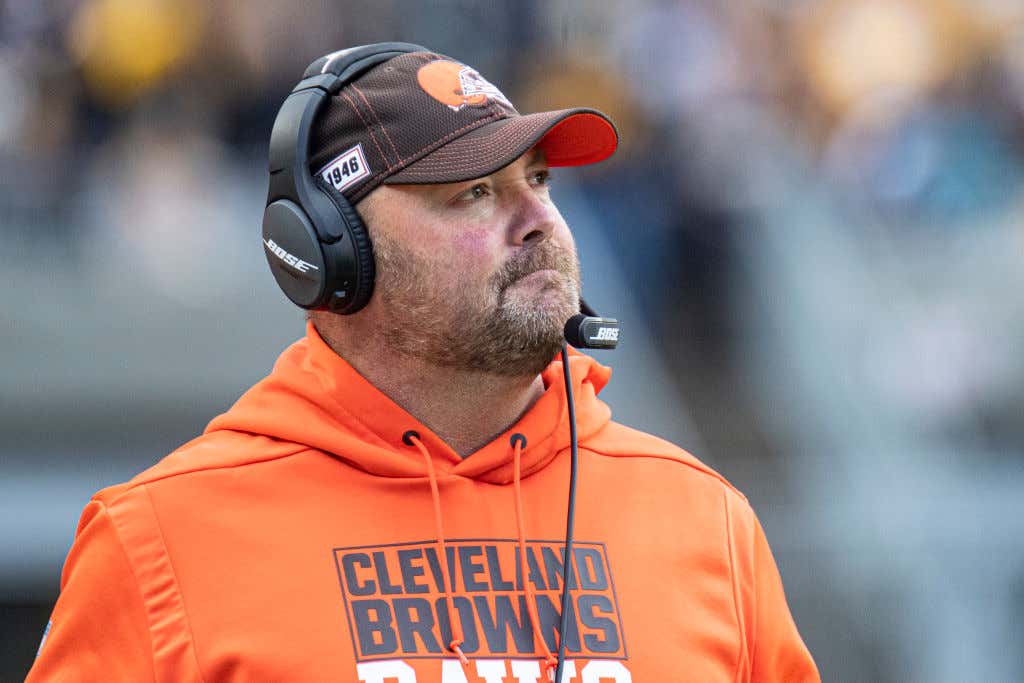 It blows my mind that the Browns were able to find the two dumbest humans on this Earth, let alone pick them to run our team in consecutive hires. And honestly, as much as I've said it comes down to their records, throw their records out the window and these two are still morons. Watch Hue on Hard Knocks. The man is simply an idiot! And just watch Freddie try to score from the 1 yard line with only EIGHT plays to do it. MORON! These two failing at being head coaches and feeling like they didn't get a fair shake is honestly laugh out loud funny. Should the world not hold Bill Belichick's record against him? What if Hue would've gone 16-0? Should we still not judge him based on his time in Cleveland? Besides, I thought Hue was proud of his time there....

Is this really the accountability you think an NFL organization wants? Give up man...

Look Hue, I'm sure you're a nice guy......but you're never going to be a head coach again. Ever. That team would immediately become the joke of the league just for hiring you. People would laugh at them....even worse than they already do at Cleveland.