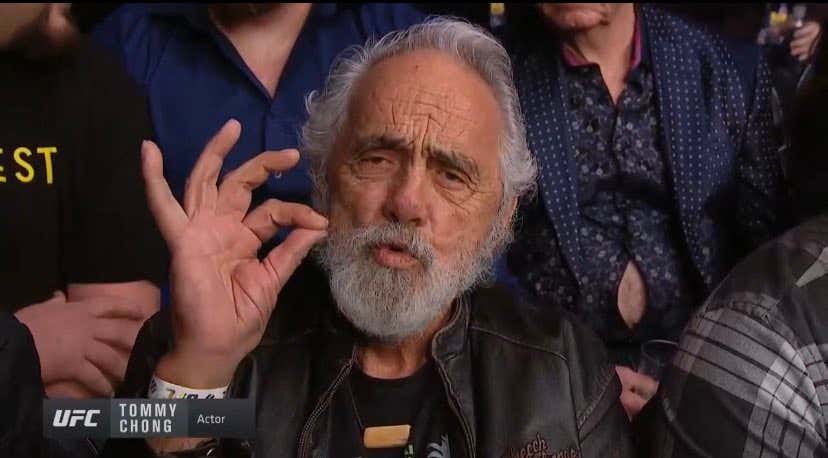 There were alot of things to talk about after UFC 246. Whether it be Baker Mayfield getting snubbed or Conor McGregor beating the shit out of Cowboy it was all there.

The one thing I was upset about though was that my man in the back didn't get his due. Most of us have been here so I'm not shitting on him, but it was just too relatable/funny not to bring back up on a Monday afternoon. Like this guy pulls this shirt off flawlessly in October. Then he got hit by the holidays and thought he could stuff himself back into it for fight night only to have it blasted out there to every ESPN+ subscriber nationwide.

I'm sure one of his buddies noticed his sports coat or something and has been giving him shit, but thank god they only showed his chin. If they had his face in it instead of a reverse Wilson he'd be getting shit from all angles which would've been a real bad beat.

I'm here to support you though, belly button guy. United we stand.