First of all, shout out to longtime #MetsTwitter staple @jquadddddd for summing up the magical day of January 16, 2020 in perfect meme form. It doesn't matter that my beloved Mets had to take their usual ricochet killshot to the face and end up without a manager mere weeks before Spring Training in order to help make everything pop off on the internet. Watching MLB Twitter briefly transform into NBA Twitter on a cold, slow January afternoon made my team getting dragged into another scandal all worth it, especially if it was all going to be recapped with Regina George and the gang.

Truth be told, this blog was going to be about that video along with a full recap of yesterday's happenings, but apparently White Sox Dave #ScoopCity'd me on it since I was writing a novel, so for people that were either too busy with life or laughing at the Mets misfortunes, here are some of the highlights from my favorite sports Twitter day since The NBA Twitter Great Emoji War of 2015.

As is usually the case, the New York Mets played the role of a black guy in a horror movie and were the victims that started off the chaos.

The Mets obviously got meme'd to death after the Beltran story broke because they are the Mets and their fans are never allowed to be happy or even just left alone to wallow in mediocrity. It's misery or nothing for the Amazin's!

Then, the eternal flame of the dumpster fire that is usually burning in Flushing spread to Houston after Carlos Beltran's "niece" (heavyyyy on the air quotes since the Beltran family denies this is Carlos' niece) dumped napalm on said dumpster fire after she decided to go from official insider of her Tio Carlos (who she reported was hired and fired stepping down before the mainstream media)

To just an overall MLB Insider coming for the necks of the Jon Heymans and Ken Rosenthals of the world. 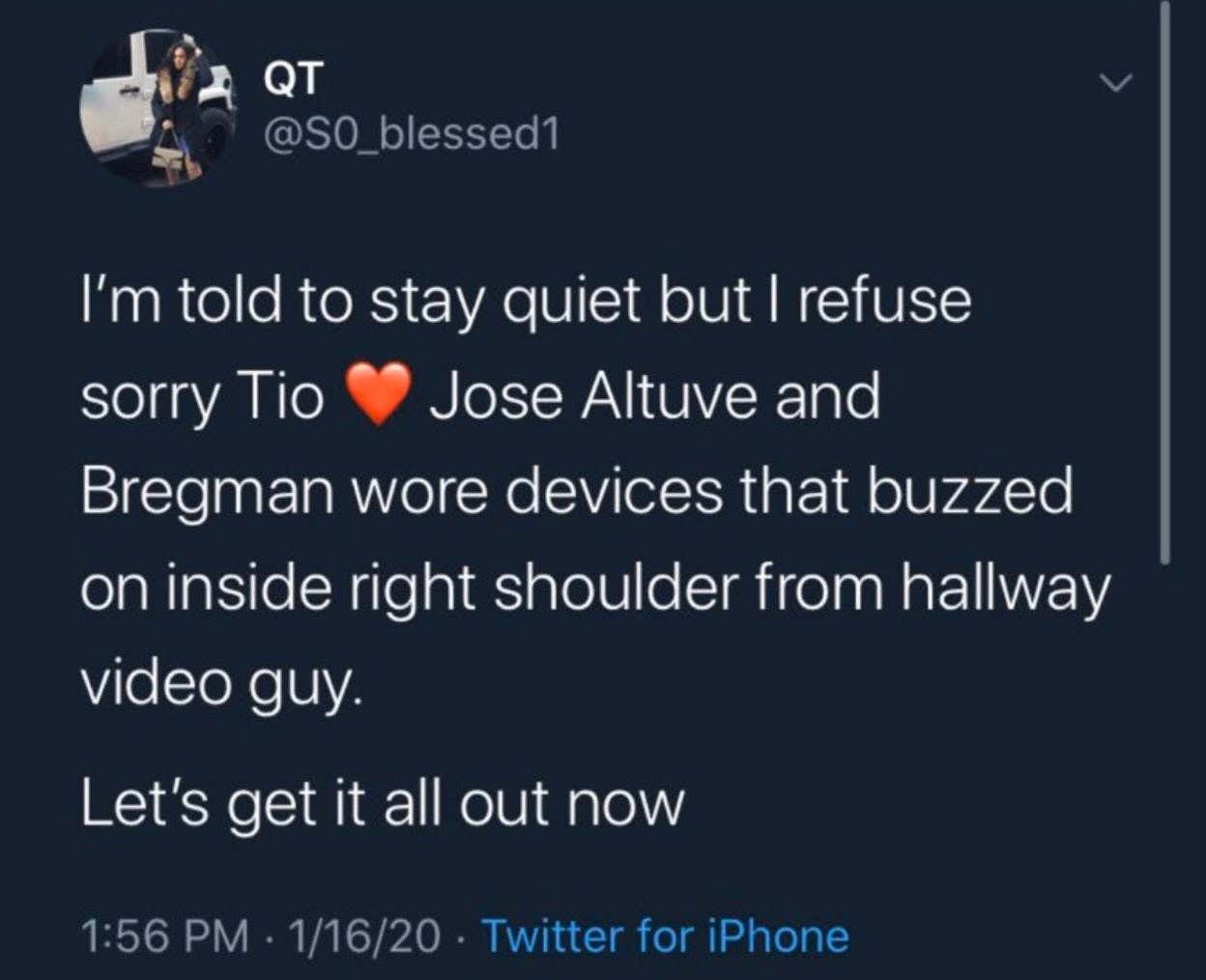 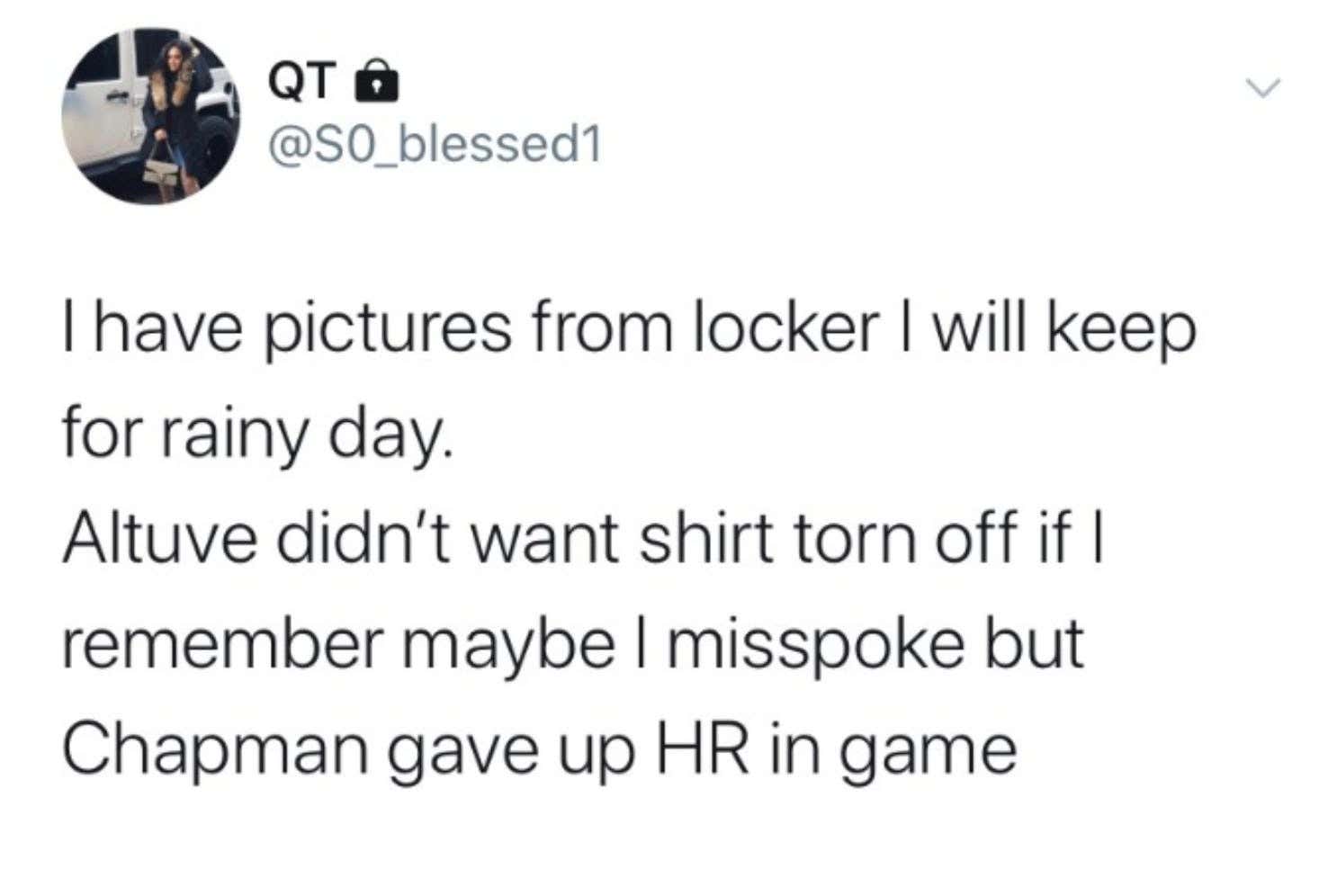 Followed by the entire internet becoming keyboard detectives and trying to #EXPOSE the Astros through video evidence of the players looking totally normal not ripping shirts or through modern day meme warfare.

Before she disappeared like Keyser Soze after sending the entire baseball world into a tizzy. 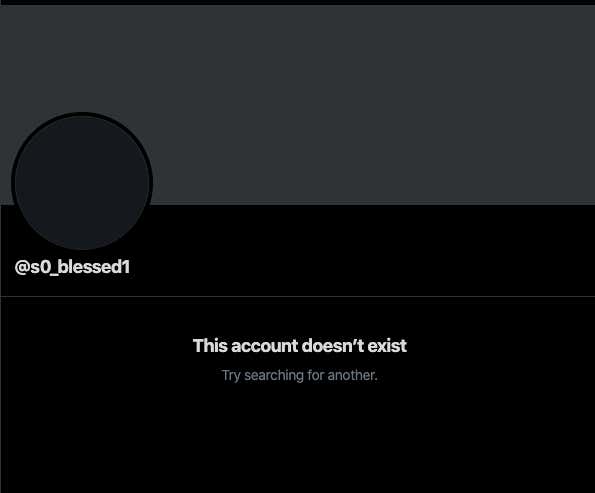 Gary Sheffield's son saw an opening in the "Insider Related To A Former MLB Player" market and said this account wasn't a relative but instead a player.

Which again, led to people going full Zapruder film on every good Astro moment from the last 3 years.

People then myth busting the fuck out of those conspiracy theories.

Which is almost definitely going to lead to Rob Manfred making sure this is the only way any of us can watch baseball on our TVs, phones, or anywhere else you watch baseball. 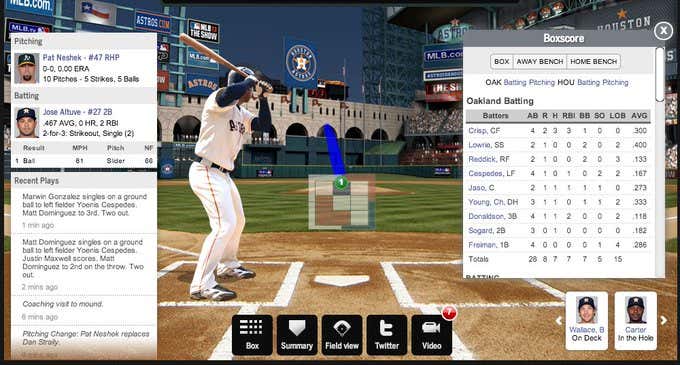 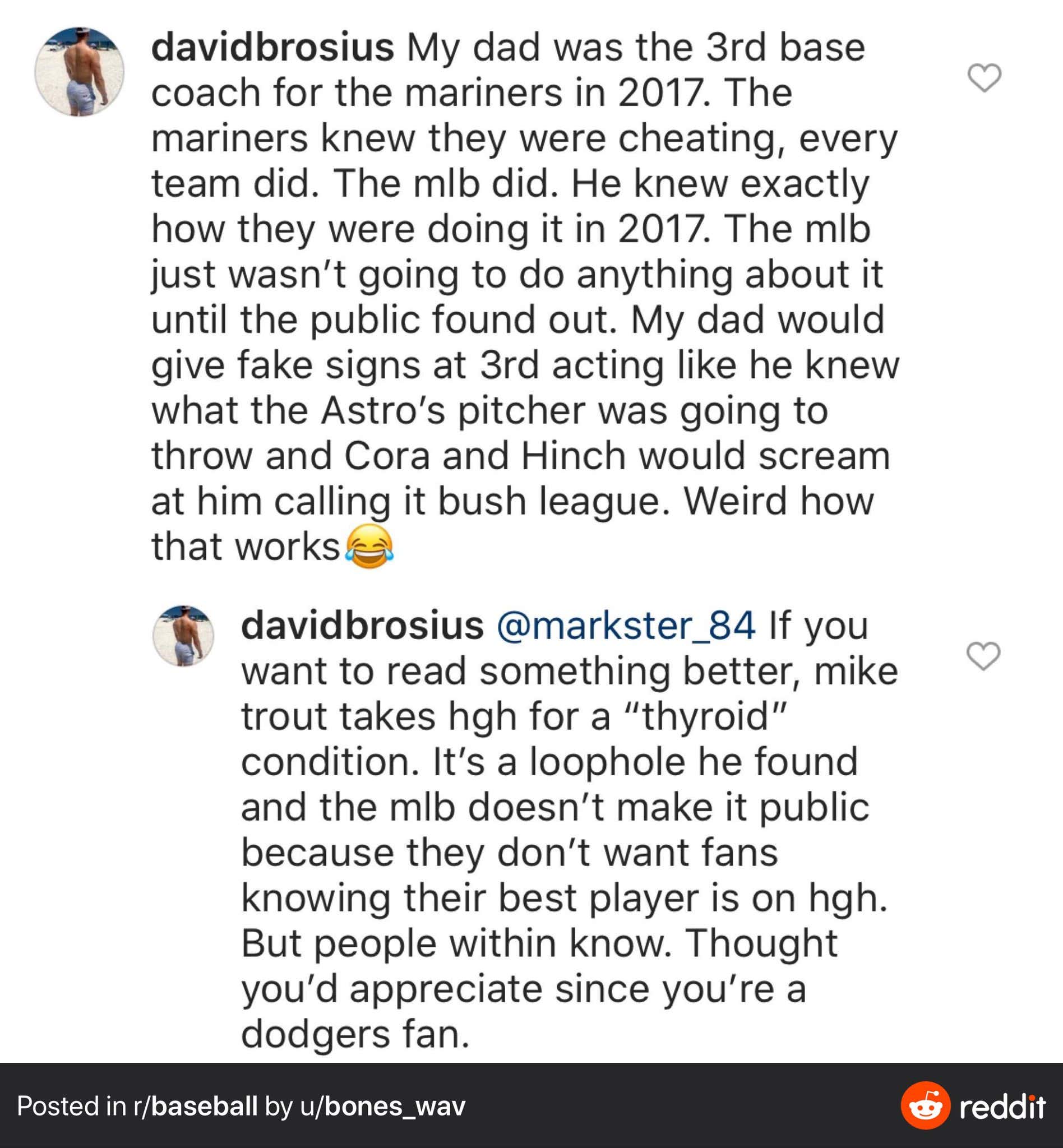 Look, I don't care which teams or players get thrown under the bus and how much the gabagool Yankees fans dance on those fanbases graves. I mean my team ended up looking like the biggest jagoffs for the last day despite not winning a title or having a fucking thing to do with his bullshit and I'm fine with it because yesterday was so much fun. I've loved baseball despite living through some of the worst owners and moments in sports as a Mets fan. But if this Astros mess causes the good and pure name of Mike Trout to get sullied, I'm out as a baseball fan. #somethings

Anyway, back to New York baseball news, we had Carlos Gomez calling out Mark Teixeira for calling out their former teammate Carlos Beltran

YEE YEE YEE! I don't know why, but calling out someone for a "Sucker Move" will make me laugh every time, while saying someone isn't #RE2PECTED by their peers will turn me into the Fresh Prince meme, no matter what job they have.

I blogged about Jessica Mendoza's take quake from yesterday

Don't worry though Mets fans, she was saying this as an ESPN broadcaster, not a Mets employee

Gonna try this with the family tonight so I can roast them as Clem from Barstool instead of as Dad. I'll report back with how that goes.

As did the LA City Council by acting softer than any Californian ever has.

Same for his ex-teammate and Stoolie Mike Clevinger

While people dropped totally normal taeks on the radio.

Then finally, just as the carnage and all the aftershocks were over because everyone got tired or were told by their agents that Rob Manfred will suspend them for life if they continue to stoke the fire, the Mets two guardian angels swooped in to ensure the team's idiots fans that everything would be alright.

I love those two men and would take or shoot a bullet for either of them.