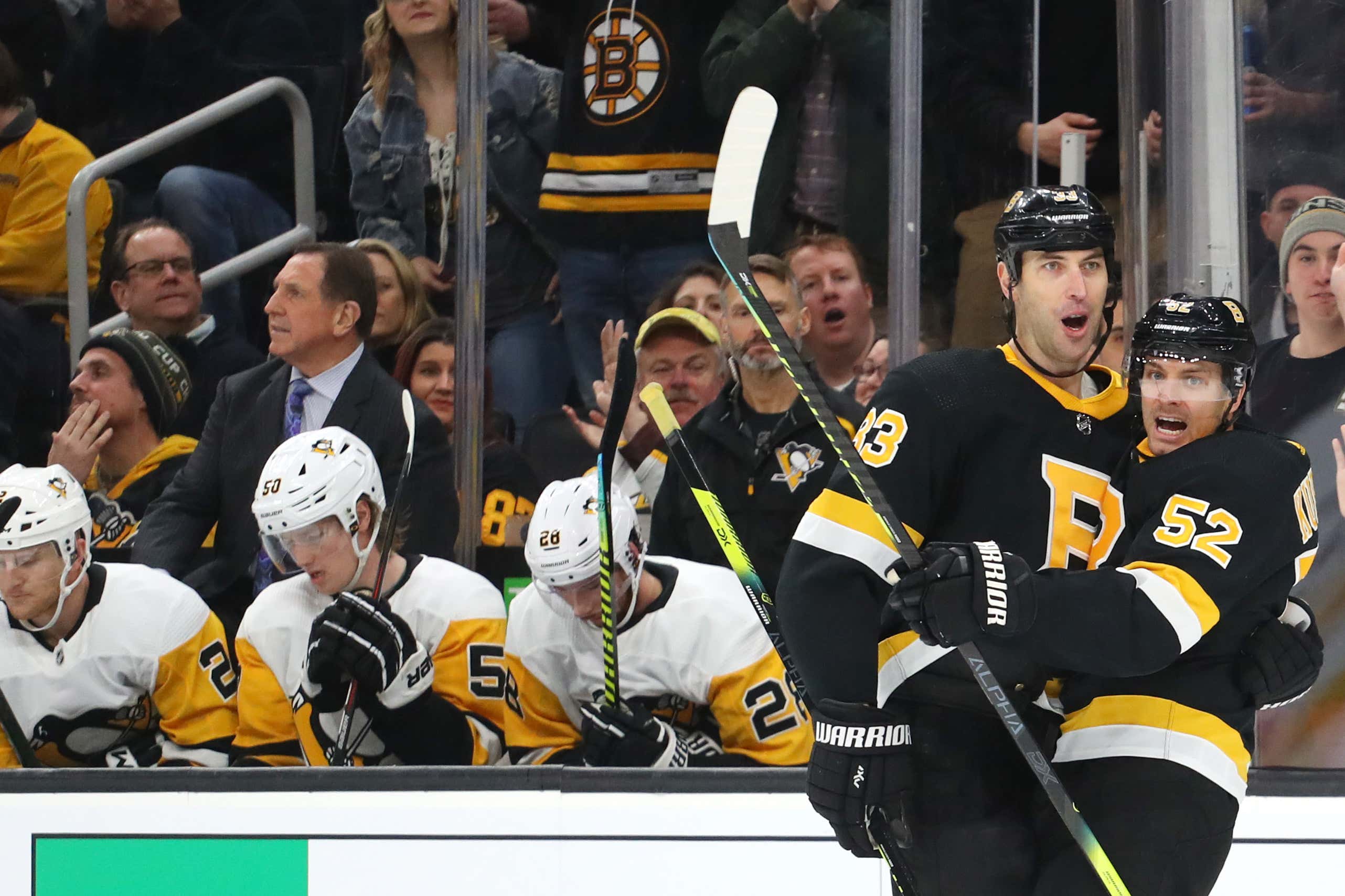 The Bruins snapped their two game losing streak with a solid, physical, 4-1 win against the Pittsburgh Penguins at home on Thursday night.

Sidney Crosby opened the scoring 24 seconds into the game. 1-0 Penguins.

B's had 2 power play opportunities early in the 1st to answer but no dice.

Sean Kuraly tied the game thanks to a deflection off Jack Johnson and in. 1-1.

Torey Krug and Patric Hornqvist were going at it all night and finally dropped the gloves.

Patrice Bergeron's bullet made it 3-1 Bruins early in the 3rd. Great pass from Pastrnak.

David Pastrnak had the empty netter, but gave it to Brad Marchand (who had been in a slump) instead. What a guy. 4-1 Bruins.

- No David Krejci tonight. Suffered an UBI against the Blue Jackets. Coyle was 2C with DeBrusk and Bjork, Heinen - Lindholm, Kuhlman made up the 3rd line.

- Talking about making an impact, Karson Kuhlman. 2 assists in the 1st. Great game. All over the ice.

- 2 great passes from David Pastrnak tonight, 1st to Bergeron to pad the lead then 2nd to Marchand who (prior to tonight) had just 2 goals since Dec. 1st. Gave up the easy ENG for Marchand.

- Third game in four nights for Jaro Halak. Gave up a goalie 24 seconds in to Sidney Crosby but was solid the rest of the game. Made some huge saves at the end of the 2nd. 29 saves. B's have a few days off but I imagine Vladar will play Sunday afternoon.

- Tuukka Rask honored for 500 games. He's concussed and will go through protocol. Hopefully he won't be out too long. 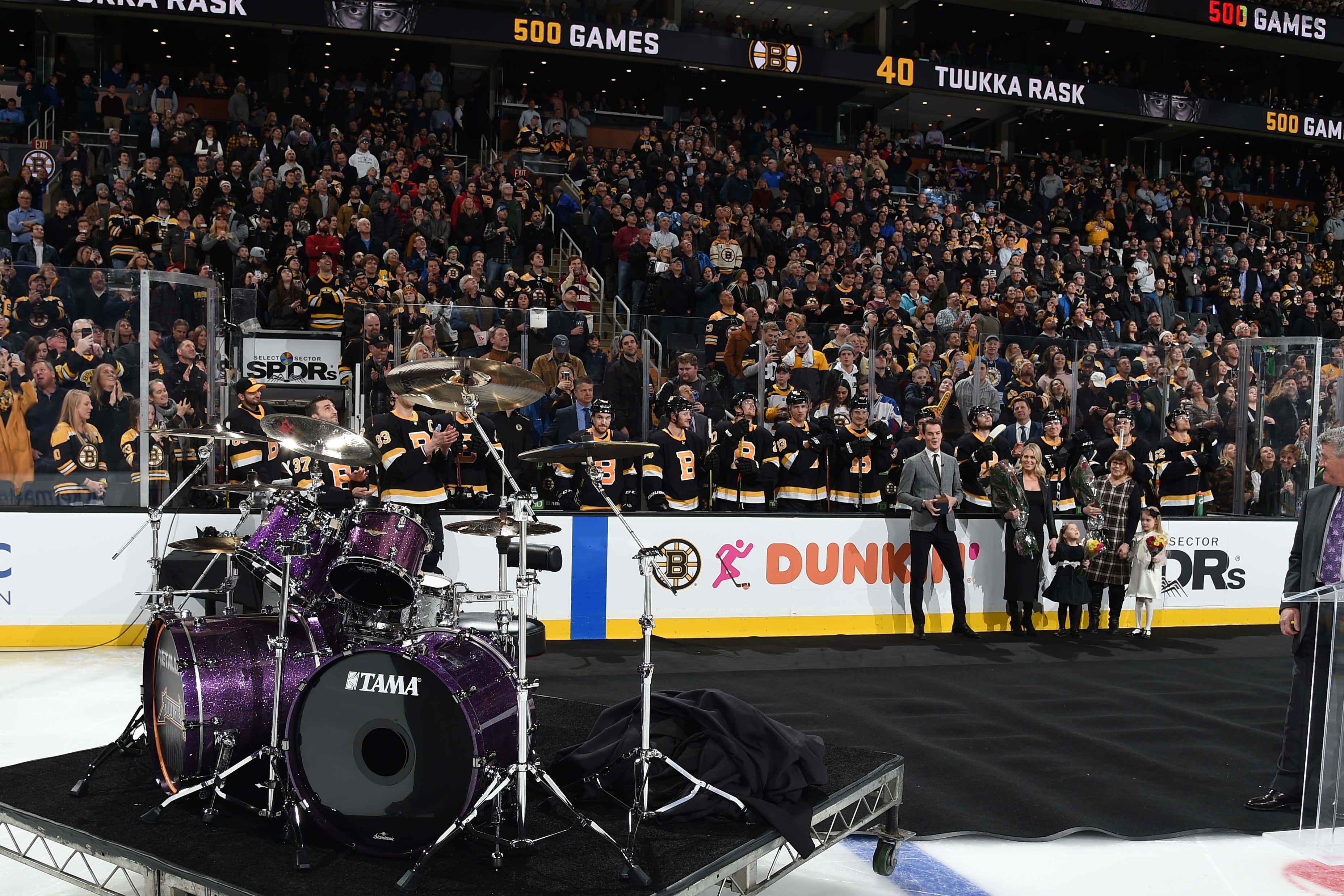 Huge Metallica fan and he was gifted with a replica drum set, amongst other things (silver stick, etc). I made this photoshop back in the WAB days. 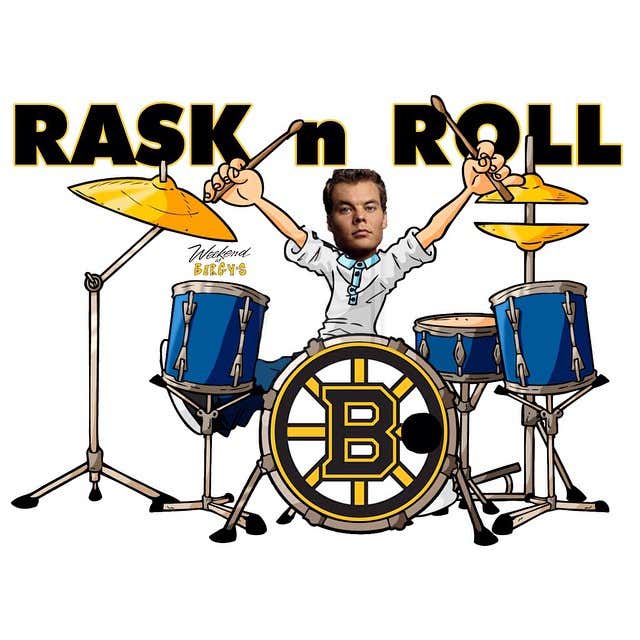 And that my friends, is how you bounce back. B's are back at it Sunday afternoon to finish the home and home against the Penguins.