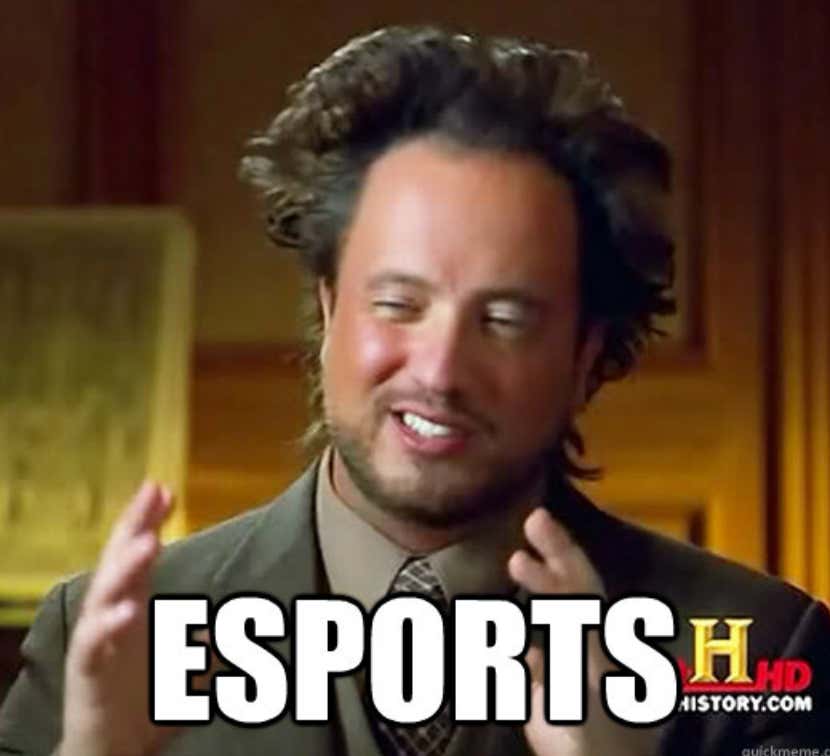 [Editor’s Note: This is a guest blog from prospective Gaming blogger, @UnfilteredNerd, who knows his stuff and then some. Go and give him a gander.]

I respect the shit out of Dave Portnoy. I really do. The man worked his ass off for almost two decades to build an extremely successful company that millions around the world (including myself) absolutely love. But there is a huge blindspot that he has shown regarding video game content. It’s no secret that in the last 5 years, video game streaming has boomed to an unimaginable level. If you had told me in 2010 that Drake, Travis Scott and JuJu Smith-Schuster would all team up with an E-Sports star to stream on a random Wednesday night one day, I would have called you a goddamn psychopath. But it happened, and it took streaming to a whole other level. Over 1 million unique viewers visited Ninja’s channel throughout that broadcast, and at one point there were 630,000 people all tuned into the broadcast at the same time. However, I want to point out to Dave that THIS IS NOT E-SPORTS. E-Sports is a completely different thing. When people like Ninja, Shroud, DrDisrespect, and Tfue log onto their streaming platform every day, they are not competing in E-Sports (and they’re definitely not doing whatever ‘E-Gaming’ is supposed to be). These people are first and foremost entertainers. They are very good at playing video games at a high level AND being entertaining at the same time. Let’s give Ninja and DrDisrespect as examples. Ninja is probably the most popular streamer in the world, but on his daily streams, he’s not competing with the best in the world. He’s doing wacky crazy shit like this to us casual folk:

In a competitive eSports match, Ninja would never be caught doing something like this. It’s too risky. But because he’s casually streaming, he does all sorts of trick shots and goofy shit that people find fun to watch because its entertaining as shit. That’s not discrediting Ninja’s skill at video games at all; he’s one of the best in the world and he’s proven it by winning the inaugural Fortnite Pro-Am with Marshmello (ya know, an EDM DJ with 1.5B views).

But there aren’t E-Sports tournaments every day, or even every month that would appeal to people at Ninja’s level of skill, fame, and success. That’d be like asking Tom Brady to play for the XFL; it’s below him. Now let’s talk DrDisrespect, AKA 2019’s Streamer of the Year. He is a former Call of Duty map designer and E-Sports competitor. While he has proven his skill numerous times over, his streams end up more like this:

Both of those clips made me cry from laughing so hard. Again, the Doc is an extremely skilled player in many different titles, but this is why people tune into his channel every day: to see what he’s going to say/rant/rage about every day. It’s entertainment at its finest for gamers because many of the things that frustrate the Doc also frustrate the amateur/casual player. It’s relatable, it’s authentic, and it’s fucking hilarious (kinda like Barstool Sports).

Now, let me show you a clip of an E-Sports stream from one of my favorite games, the Overwatch League (btw, Robert Kraft owns the Boston team in this league):

Now did you understand anything that was going on in those clips, or did it look more like a montage of diarrhea Christmas lights to you? I barely understood what was going on and I have logged over 800 hours into the game. I’m not trying to discredit the league at all, but to a viewer that hasn’t played the game, it can be hard to understand (which means they’re not likely to watch for too long). Now that doesn’t mean that every E-Sports game is hard to watch; hell, I’m pretty sure my dog could watch a Call of Duty League stream and know what the fuck is going down. But that’s one of the biggest benefits to streaming for entertainment: you don’t have to know much about the game to enjoy watching it.

And you don’t have to know much about video games at all to enjoy watching someone’s elderly tenant try to use a controller for the first time in his life:

Now as a complete outsider, I can venture to say that Barstool Gametime has a ton of room to improve (specifically in E-Sports), but as an observer that can see the results, views, connections made, and content, it is absolutely not a “Romper Room of Barstool’s failures”. It’s a solid foundation in the gaming world that, with the right help and/or moves, is ready to grow into a brand where the sky is the limit.