I’m finally back in my office after 4 days of hard partying in New Orleans with old friends from LSU and before, new friends from Barstool, and watching the best college football team of all time take home the championship trophy. The only team to go 15-0 in the SEC all-time, pretty much every possible individual award and most of the yardage/TD records, etc. etc. etc. Thank you Seat Geek (https://seatgeek.com/ – Promo Code: Take – Seat Geek 4 Life) for making it possible for me to afford to make this trip – besides getting married this was a close second for night of my life.

The feeling right after they won was incredible… but the story behind Coach O being able to finally hoist that trophy and tell this to the state of Louisiana is why this moment is so extremely special, and why I love Coach O so much:

When LSU was thinking about hiring O or Tom Herman, I thought it was a coin flip… until I learned that Herman kissed his players on the lips, and it’s been all O for me ever since. But, I didn’t really know much about the guy… luckily Barstool knew TONS about Coach O after they won money betting on him during his interim run at USC in 2013, and since then he has become a recurring guest on PMT, check out the fucking exclusive post-title interview (tailgating started about 2 PM, and was with them until at least 3:30 AM in the French Quarter the night before this 9 AM morning interview took place, so they are indeed very banged up):

But way back before that, PMT interviewed Coach O in 2018, and that’s when I really knew he was the guy. His definition of Grit is as follows: Staying relentless in pursuit of what you’re after. Having a focus and a goal. You know stuff is going to happen; you’re gonna face adversity. Being able to block out the noise; don’t listen to anyone outside, focus on the task at hand, and get it done.

I was a Consultant at a Government Contracting firm at the time, and had just started Hard Factor a few months earlier, and emailed it to myself immediately – LISTEN/SUBSCRIBE/DOWNLOAD – THE INTERNET’S BEST DAILY NEWS SHOW. The way Coach O defines grit gives me goosebumps just thinking about him saying it, not only because his voice is like the finest whiskey imaginable flowing down a granite waterfall, but also because he’s 100% right. 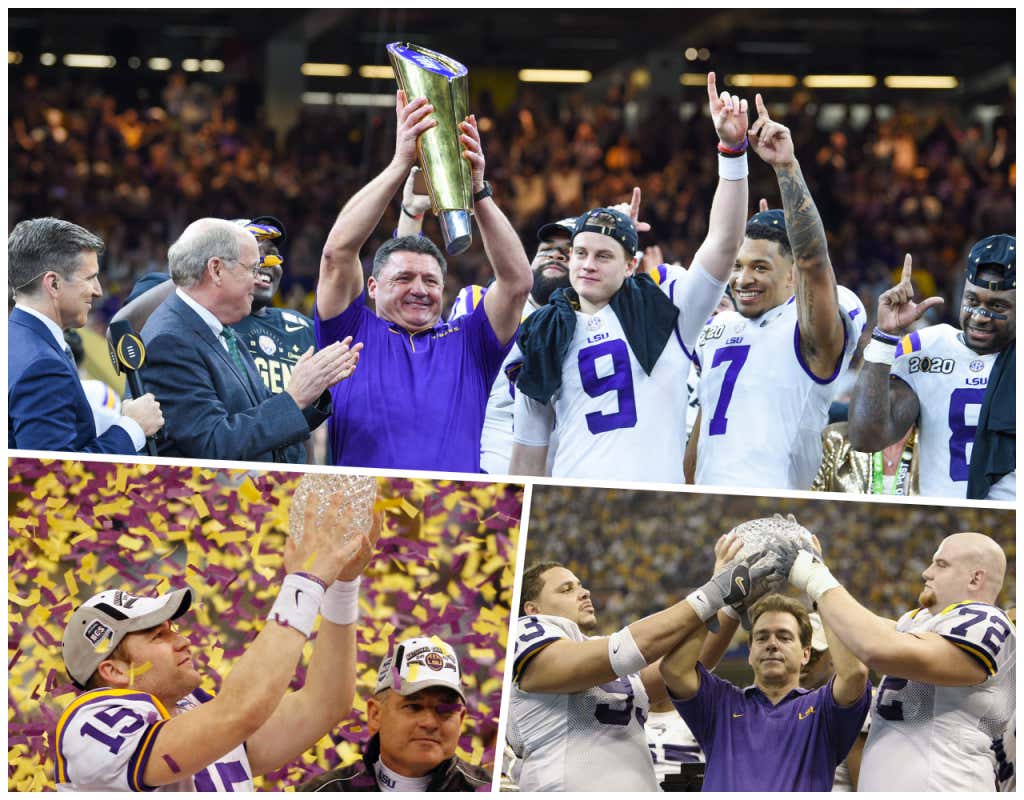 My first semester (Fall ‘03) as a student with LSU I watched Saban lift the national title in Purple in gold, my last semester (Fall ‘07) I watched Miles lift it; but those titles that sandwiched Hurricane Katrina are just so different than this one, they are really hard to compare. Saban, of course, eventually became our worst nemesis for years to come, and Miles was accused of winning with Saban’s players 2 years after he left, and it was also just a different era for the state with how the hurricane changed a lot in New Orleans.

Besides the fact that one of my best friends since I was a kid, PFT, is the guy who got the most press with Heisman Winner and future Hall of Famer, savior of Cincinnati, Joe Burrow and Coach O since they came on, it was special. This season just couldn’t have been more special given the faith that O and Burrow put in each other when Burrow transferred from Ohio State, and all of the other pieces that came together to get these guys to the top of the mountain after being told they weren’t good enough to do it so many times before in their careers (Best WR/TEs, Best O-Line, Best DBs, and an Incredible Defensive Front-7 that came into that second half of the national title game and put their foot on Clemson’s throat). 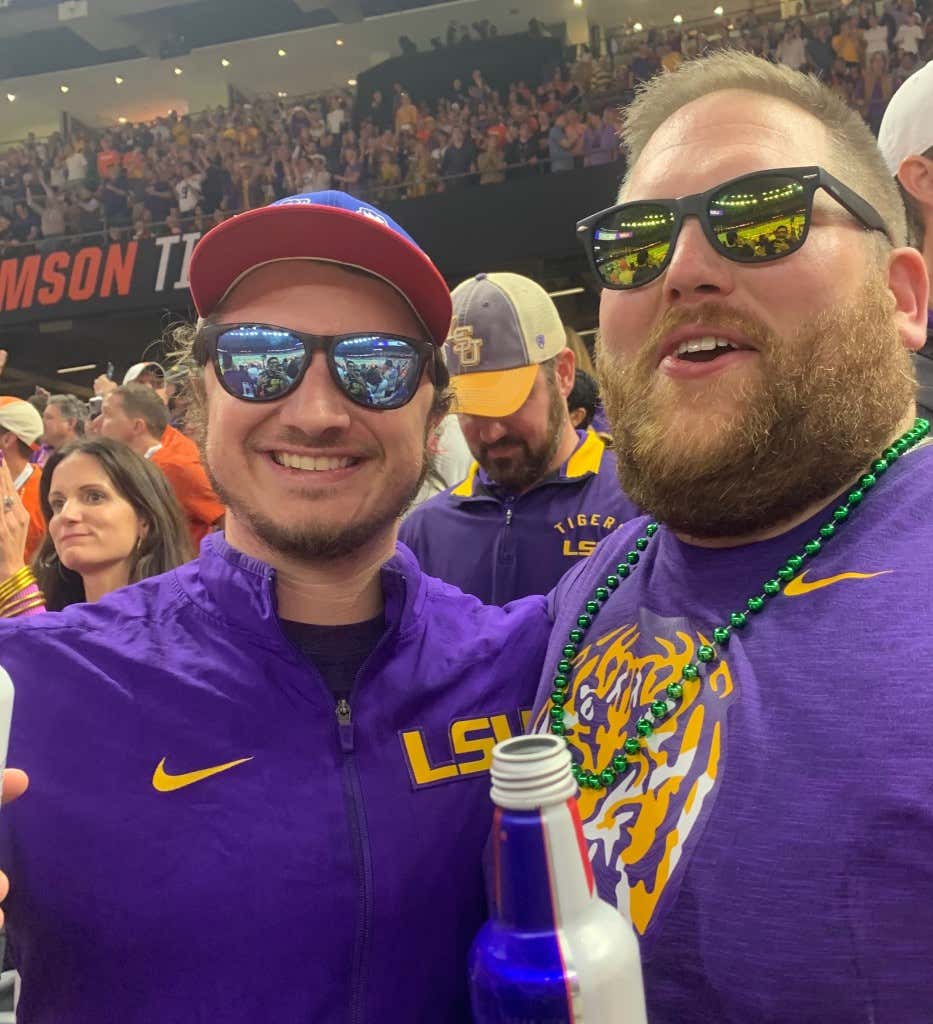 Everybody was just dead wrong about Burrow. But whatever the hell he did after losing to Alabama 29-0 in 2018 to his mindset, and then adding Joe Brady to the mix, I hope he fucking DESTROYS this national title parade this weekend, and becomes the best NFL QB of all time because he has given so much to the state of Louisiana with his play. Pretty much every LSU fan is now going to also be a Bengals fan as their second NFL team, he’ll never pay for anything again in the state of Louisiana – AND DON’T YOU FUCK WITH OUR BOY, NFL BENGALS. 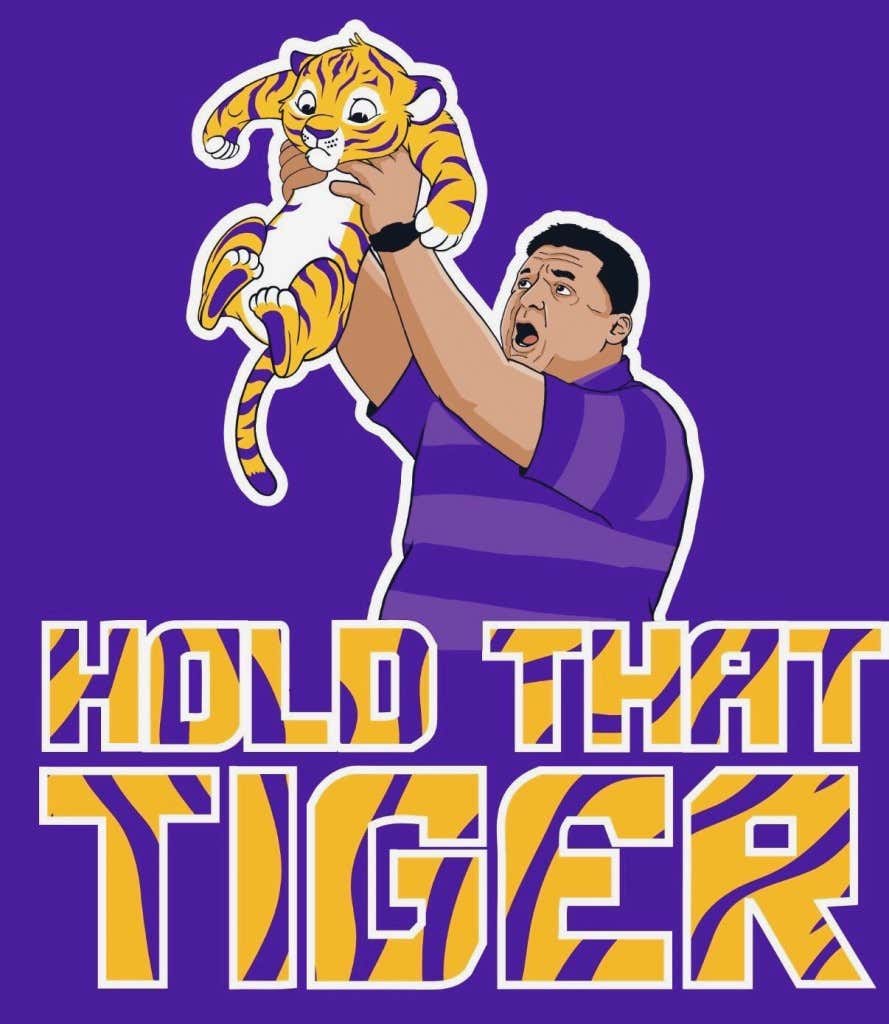 Anyhow, sorry it’s been long winded, but let’s get to the man of the hour. Coach Ed Orgeron, the King of Louisiana, hopefully LSU football head coach for life. I’m literally crying tears of joy while listening to him talk right now on PMT, and the reason I am is because the things that Coach O represents are all of the very best things in life. LOVE for your family, friends, teammates and community – One Team, One Heartbeat. FAITH and belief in yourself and the people you rely on in all the aspects of your life. POWER – the grit and dedication to craft that Coach O stresses is what built all the power behind the best college football team of all time. And finally, JUSTICE, Coach O and Joe Burrow, and the entire 2019 LSU Tiger Championship team who has worked their asses off all year long, and as far back as when O took over in 2016 DESERVED this title. They were the best team by far all year, and probably the best team of all time in college football history… and Oh Yeah… they broke and 8 year, 4 day long curse of losing to Bama.

SAVOR THIS MOMENT: Go to the Barstool Store and search for LSU and Coach O for championship gear.

Finally, to celebrate, here is every single Coach O Geaux Tigers I was able to clip this year; I hope I get to do it for years to come – GEAUX TIGAHS BABY: