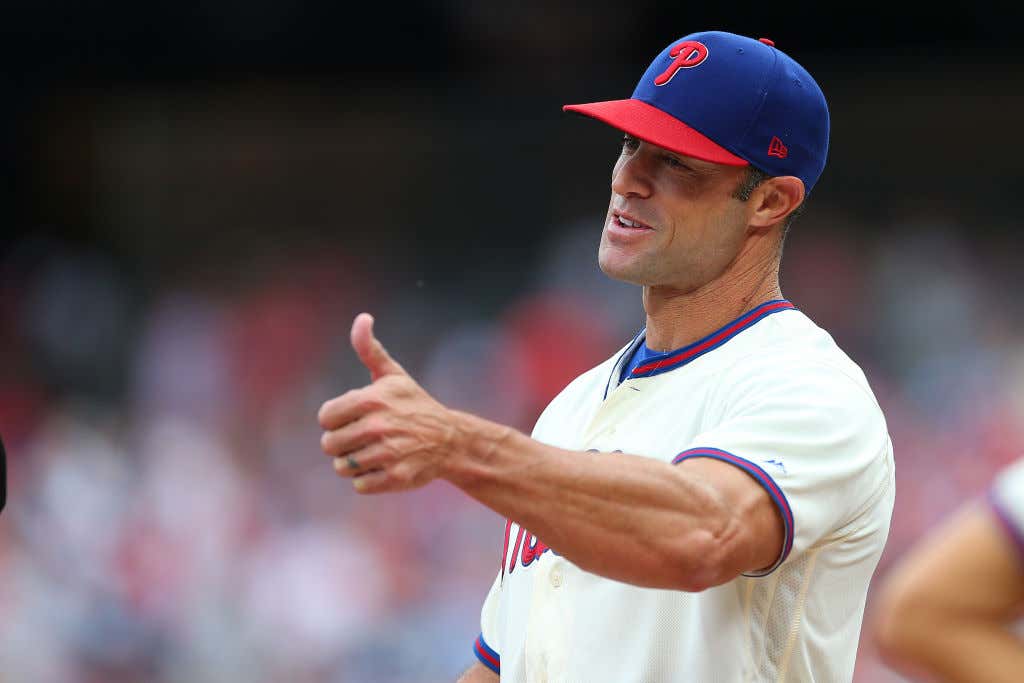 Okay so I have a few things here. First and foremost, yes, this undoubtedly makes Gabe Kapler a certified psychopath. No other way around it. I know the phrase "serial killer move" gets overused but this is an actual serial killer move. Because to lack the basic human instinct to just devour all 40 McNuggets right there on the spot leads me to believe that he would lack plenty of other basic human emotions.

Secondly, why on Earth wouldn't Kapler just go some place else to eat? I've never once in my life seen a McDonald's in a location where there wasn't another food establishment within a block. Seems way easier to just go to the Subway that is most likely around the corner and order a sandwich than to peel the skin off of 40 McNuggets like a freak. If he's not a psychopath then at the very least he's a masochist.

And lastly...if I were to peel the skin off of 40 McNuggets, I think I'd actually prefer to just eat the skins rather than the skinless chicken. Because what's the difference at that point? I mean we all know that McDonald's isn't using actual chicken for their nuggets. So I have to imagine that the "chicken" itself and the skin have virtually the same nutritional value--which is none. At least with the skin, you probably have a little more flavor and a better texture to work with. If you're just eating the skinless "chicken", it would be like eating wet dog food. No thank you, sir. I suppose if you're eating on Gabe Kapler's diet, you're probably used to eating horrifically bland food on a regular basis so even skinless McNuggets would be like a treat for you. But still, eating just the skin would be the move here.

Moral of the story, however, is why even give a fuck? We're all going to die one day. We're only on this Earth for a short amount of time. We're born, we dick around for 70-90 years if we're lucky, we shit ourselves and then we die. Crushing a 40 rack of McNuggets one day isn't going to change all of that. And if anything, I'd say that taking the time and effort to de-skin 40 McNuggets may actually have an adverse impact on your life. If you're stressing that hard over chicken nuggets, you've gotta be taking at least 4-5 years off your life on stress alone. Maybe that's the goal, though. Die early and die hot. Nobody wants to be remembered as some wrinkly ass bag of bones.