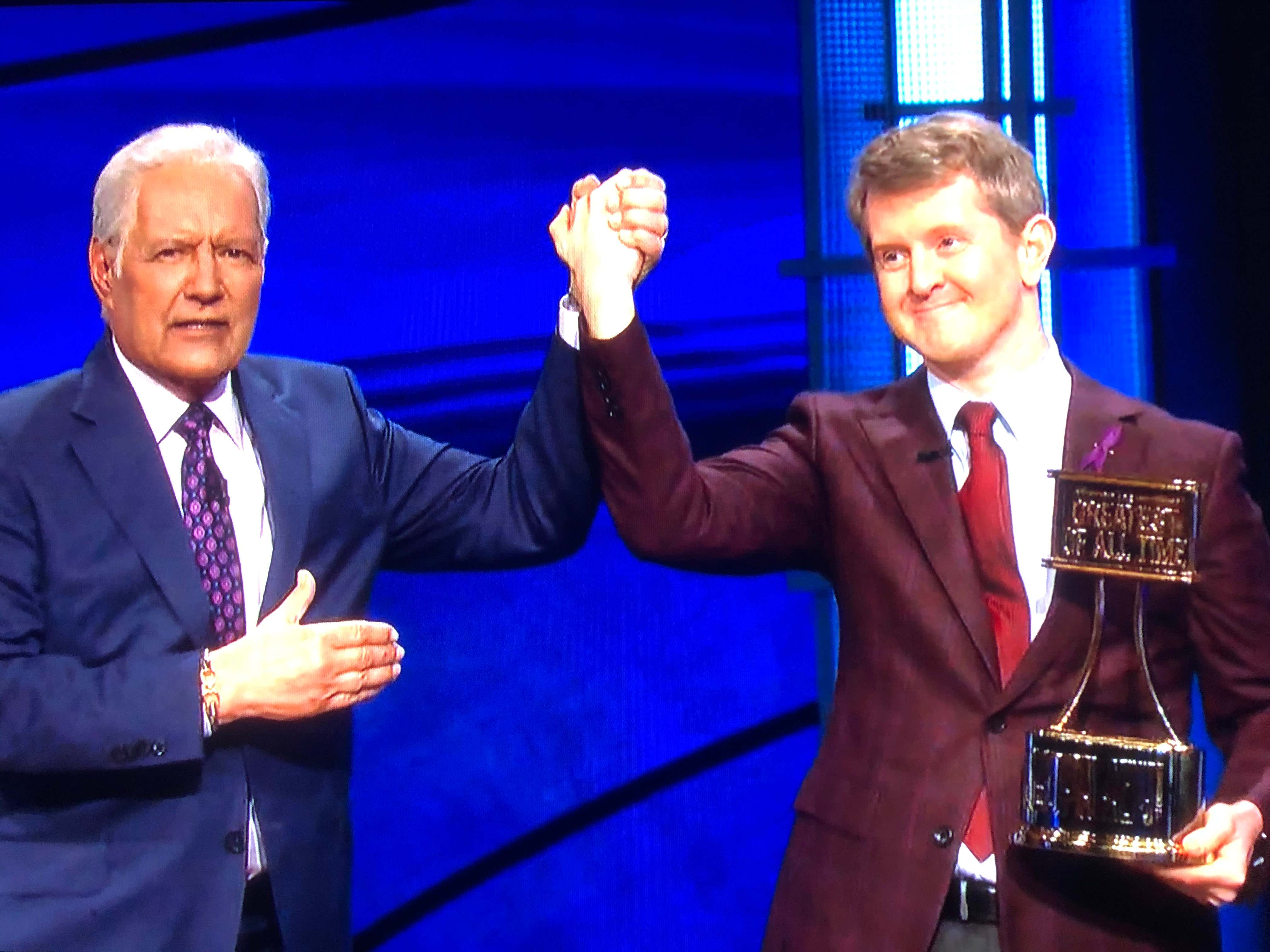 I kept the headline vague so to avoid spoilers for people that don't live on the East coast and a full superblog recap will be coming later. But I had to bend the knee to Ken Jennings for taking down my guy Big Brain James and winning the sexiest trophy these eyes have ever seen, even if typing this feels like I am typing onto knives lit on fire. 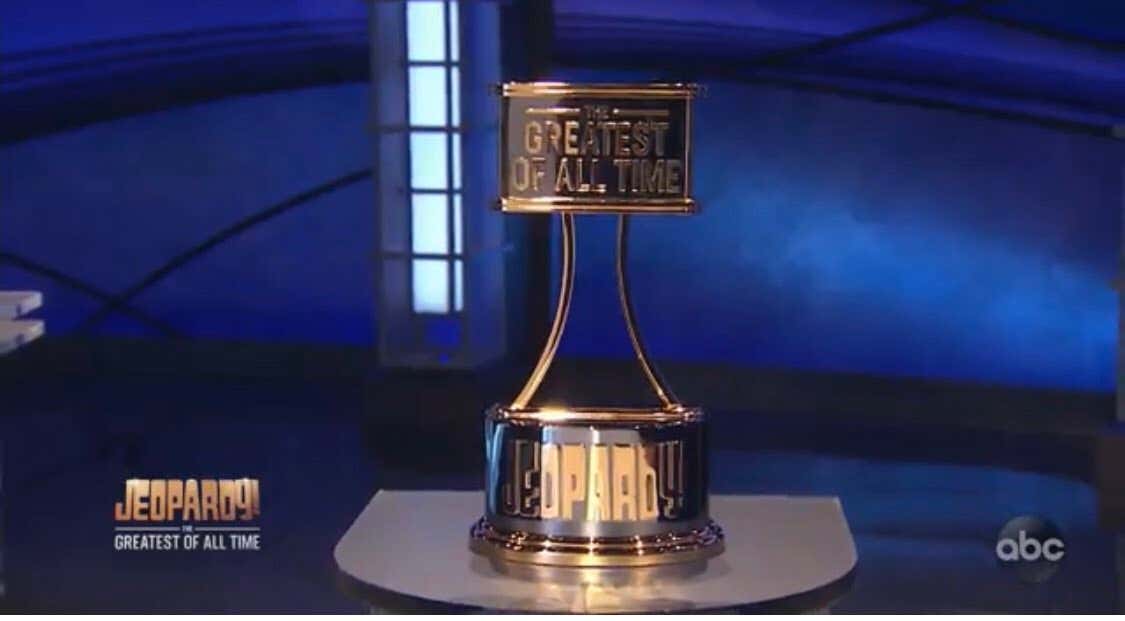 In the end, Ken won playing James' game. We can debate what game Brad was playing because I'm still not sure what the fuck it was. But Ken came out swinging in Round 1 by cashing his all-in bets during a Daily Double and Final Jeopardy then flipped the script and bet nothing in Round 2's Final Jeopardy, which left the door open for James to steal Game 4, which he almost did with a massive daily Double before falling flat on his face by getting the Final Jeopardy answer wrong and losing the entire tournament to Ken. My reaction somehow mirrored James falling on his face only if his face was a hell of a lot heavier and his wife was there to snicker at him.

I also wouldn't be doing my job if I didn't include James absolutely sewering Brad with the most vicious direct shot these eyes have ever seen.

Like I said, I'm working on the superblog recap to wrap up the entire night/tournament, including the growing whispers that this entire tournament was rigged or colluded for Ken Jennings to win. But that's for later. For any people that want more instant reaction to tonight's unbelievable conclusion, check out the full postgame Instagram Live recap with KFC on my Instagram Story.