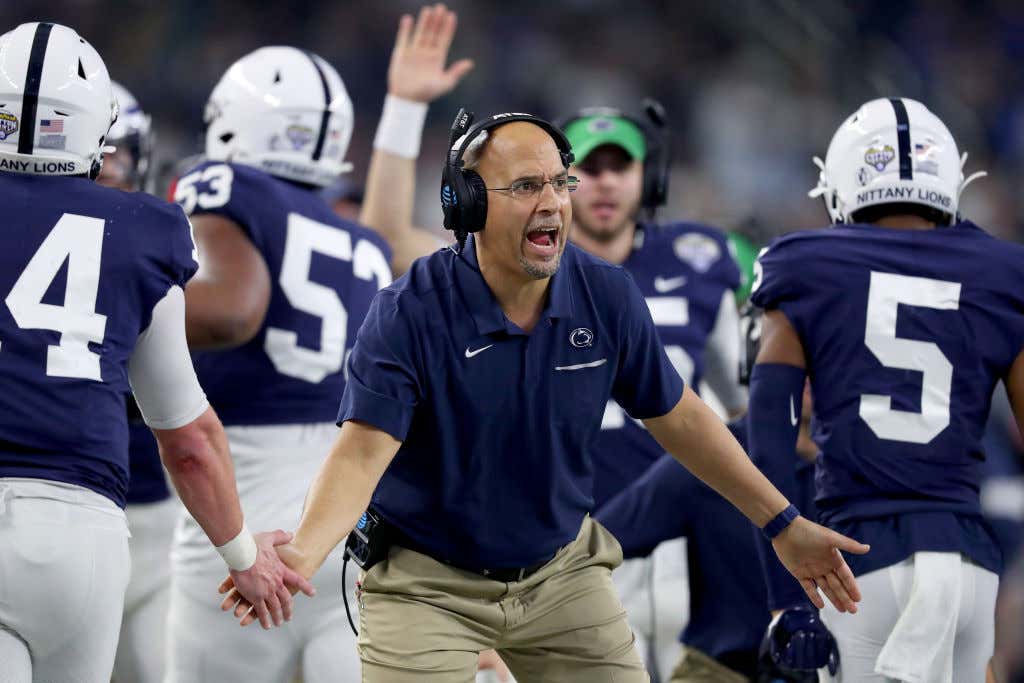 On last night's Unnecessary Roughness we discussed potential under the radar national championship teams heading into the 2020 CFB season. One that came up? Penn State. About 12 hours later, this news dropped:

The man behind the suit is Isaiah Humphries -- a defensive back who says he accepted a full scholarship to Penn State beginning in 2018.

Humphries is a 3-star DB from Texas, whose father played for Penn State. He is now at Cal.

But, Humphries says life as a Nittany Lion was hell -- with several upperclassmen players including Damion Barber, Micah Parsons, Yetur Gross-Matos and Jesse Luketa leading a campaign of hazing against the new players.

Those 4 players are not nobodies either. Micah Parsons could be the best player in the Big 10 come next fall. Gross-Matos may be a 1st round pick.

According to Humphries' lawsuit, the upper classmen intended to make the new guys "their bitch" from the get-go … telling them, "this is a prison."

He claims the upperclassmen also made threats against the new guys -- saying things like, "I am going to f*ck you" and "I am going to Sandusky you … This is Jerry."

Sheeeeeesh. I get that every locker room has hazing that goes on. That's just how football and other sports culture works. But using "I am going to Sandusky you?" I feel like Penn State should not use that word ever. Just ban it from the football facility.

The allegations get much worse from here. Here's a list from the lawsuit …

These are all allegations, of course. This was already investigated from a criminal standpoint and nothing was found. Probably some money to be made in the civil suit.

"The investigation was primarily fueled, according to a draft police report, by one football player who claimed he was harassed, hazed and assaulted by other players.

Numerous team members, and others associated with the football program, were interviewed and overwhelmingly they disclaimed, or flat out denied the allegations, with most saying it was just locker-room horseplay, or teammates joking around, and they felt that the original complaint came from a player looking for a quick transfer to another school.

One of the players accused was even given a lie detector test, which he passed.

The police report was eventually reviewed by Centre County District Attorney Bernie Cantorna, who confirmed the decision not to file any criminal charges."

Again, this is all developing. Will keep an eye on it.