It doesn’t get much sadder than a trophy case dedicated to the player who held the record for most career games without appearing in the playoffs. That is Olli Jokinen. First season in the NHL was 1997-98. He didn’t appear in a playoff game until 2008-09 when he got traded mid year to the Calgary Flames. He dressed all six games in a first round loss to the Blackhawks and then played another 6 seasons after that and never made the playoffs again. 1231 career NHL games….6 playoff games. That is REMARKABLE in a league where over half the teams make the playoffs. A statistical anonomaly. And THAT is the player the Panthers decided to dedicate a trophy case to. Albeit the saddest trophy case ever, but it’s not like he gave them much to work with. Not necessarily his fault because look at the banners that hang in the Panthers practice facility. 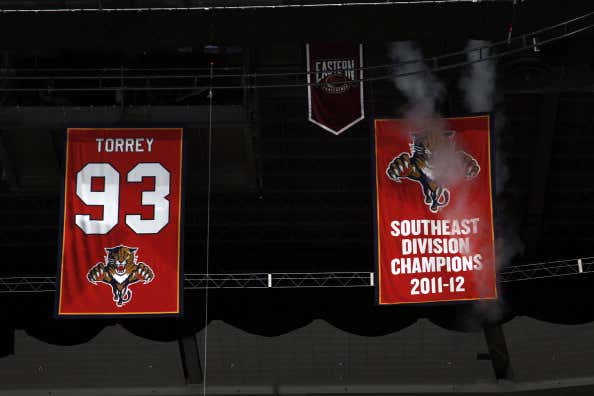 Made the Stanley Cup Finals in 1996 and then…15 years of shit to be followed immediately by more shitty years and then Joel Quenneville. That’s the Panthers entire history. And people wonder why they don’t have any fans. Makes me kind of sad. I want good things for the Panthers. I want Joel to make them a real team and for hockey to be popular in South Florida. So this is a Florida Panthers appreciation post starting now. Here is a list of sweet things about the Florida Panthers

1) John Vanbiesbrouck had a sweet mask 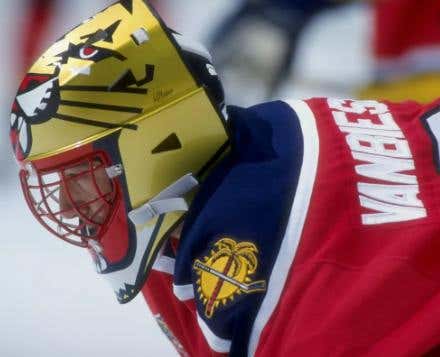 All-time mask. Love a mask that is the face of another animal. Honorable mention Artus Irbe with the San Jose Shark mask. The Beezer mask has been stuck in my head as the GOAT since I was 10 years old.

2) Pavel Bure played there for a bit

In terms of guys who were fucking sweet in the 90s, Bure is right at the top of the list. He had back to back seasons with 58 and 59 goals in an era when it was reallllly hard to score. Four total seasons on South Beach, never made the playoffs, but he was still awesome so that was pretty cool.

3) They Used To Throw Rats On The Ice After Goals

A great organic tradition from that one good season the Panthers had and the NHL outlawed it. SHAME. A little delay of game, a lot of fun.

This chart from NHL.com is technically wrong. The Panthers are the leaders, by themselves, in goals per game if you go out one decimal point. 3.622 goals per game. They’re fun. Bet over, have a blast, get rich, all because of the Panthers 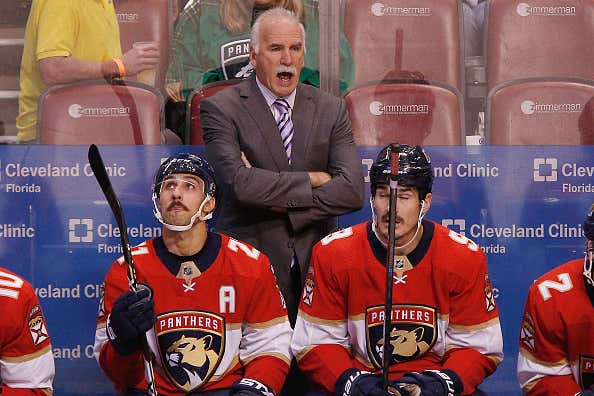 When you got Joel, you’ve got everything. They should really just erase everything in their franchise history before he got there and pretend like it never happened. They can probably pack up that Jokinen trophy case in about 5 minutes and one shoe box. Just make Joel the official logo.