If you’re reading this, there is a good chance James Bond molded a good amount of your youth, and if he didn’t, then you can get the fuck out of this blog.  Thanks for the click.  Oh, and before we get into the meaty stuff, the 007 jingle is still fucking awesome:

And the funny thing is, if you’re around 30 years old, Pierce Brosnan is probably the bond you resonate with the most.  Not because Daniel Craig isn’t a great actor and his portrayals of James Bond aren’t great in and of themselves, but it simply boils down to this: Goldeneye on N64 is arguably the greatest video game of all time, and it just so happens to use Pierce Brosnan’s likeness in it.  That’s why most people my age think of Pierce Brosnan when they think of James Bond.  That’s all there is to it.  Oh, and you wanna hear something funny?  When I was like 8 years old I was dead set on becoming a secret agent like James Bond.  Thought he was the coolest motherfucker on the planet.  Didn’t realize how smart and cunning you had to be until I was like 15 years old, and that’s about when my life peaked.  Been on the downswing ever since.  That, and I was a C+ student.  Secret agenting just wasn’t in the cards for me, unfortunately.

I’m going to be doing a lot of different Bond movie power rankings in the coming weeks dropping every Thursday.  Shit like power ranking the best weapons in the video game, the best Bond girl, best villain, blah blah blah.  You get the point.  Anyways, today we’re power ranking Pierce Brosnan’s renditions of the character in each of his 4 movies.

The criterium is simple: we are taking the average scores of each of the following categories to get a net score.

If you take acting into account then this blog ain’t for you.  The acting in each movie is equally cringeworthy, which gives them each their charm.

Not gonna lie, the song fucks.  Might just be the best original song from all 4 of Pierce Brosnan’s Bond flicks.  Madonna, a bunch of perky titted chicks in bullets, kinda cool lyrics.  I dig it.

Korean dude is trading guns for diamonds that Leo would make Leo blush in that one movie.  Bond goes to stop it and winds up a POW or some shit and is tortured for a few years.  Britain and Korea do a prisoner exchange and Britain gets Bond back but they think he leaked a bunch of shit when he was being tortured, so he has to escape from his own people and go stop people from doing fucked up shit in Cuba and Iceland.  Highly entertaining. 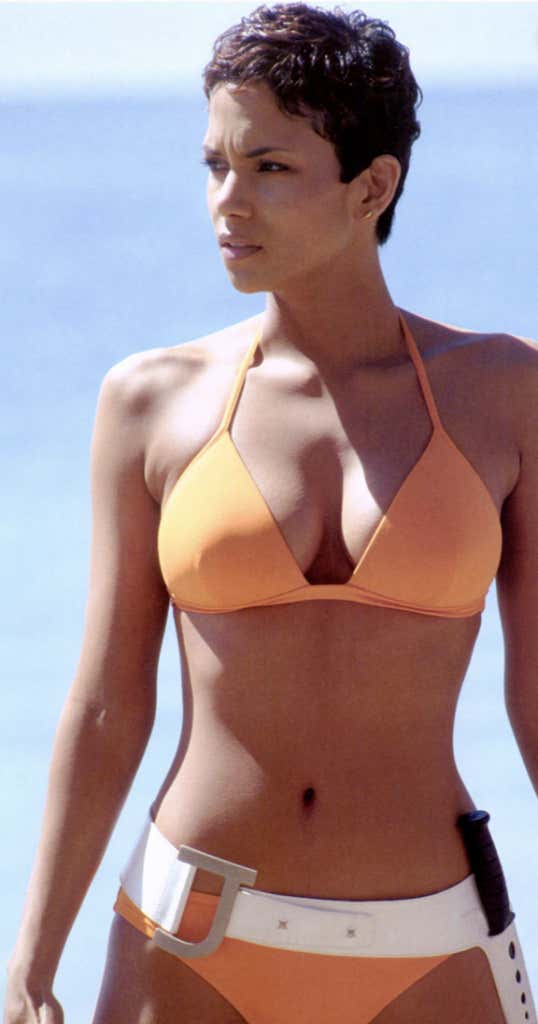 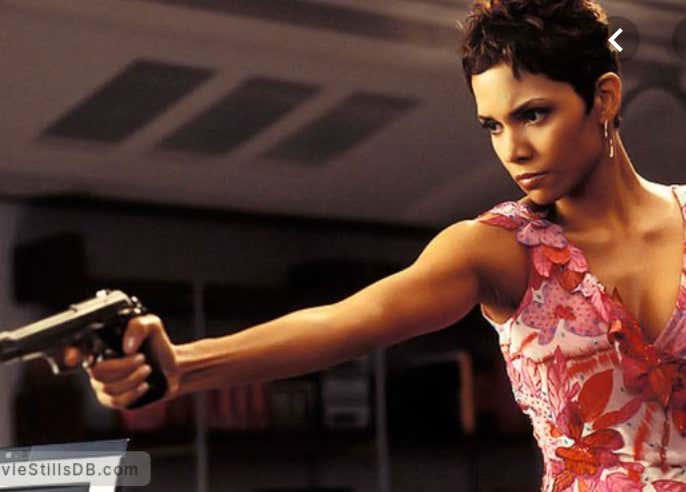 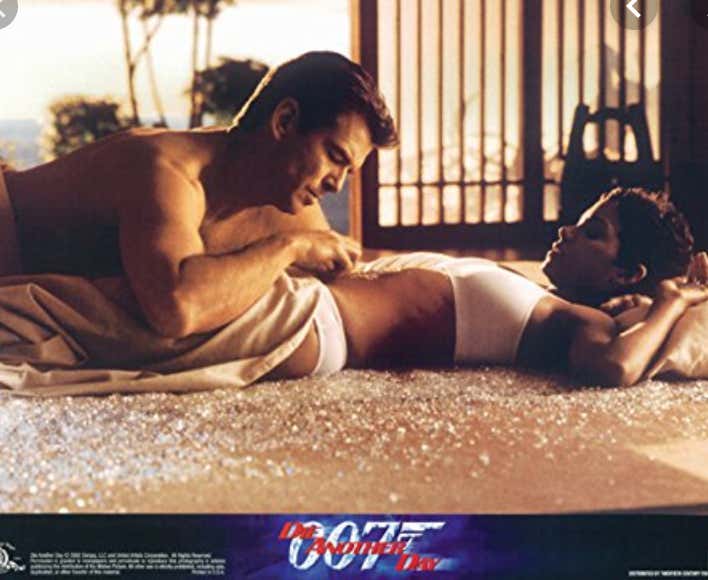 We’re talking PEAK Halle Berry here.  Holy hell is she sexy in this movie.  Not the biggest fan of her hair but this is a classic case of beggars can’t be choosers.  She’s not a horrifyingly bad actress either, like someone else we’re about to talk about.  Just stunning top to bottom. 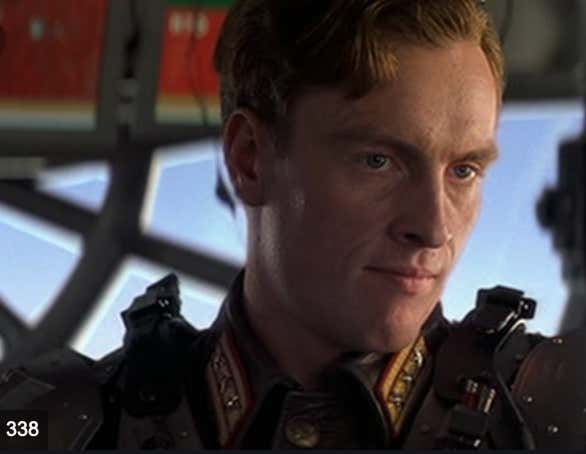 Dude named Gustav Graves.  Least intimidating villain ever.  He intimidates me zero.  Fuck him.  The sword fight scene was sick though.

a fucking SWEET Aston Martin that could turn invisible.

Eh, the silhouettes of the girls are still hot but the song overall doesn’t do too much for me.  It’s sang by Garbage who I think had a popular song or two but in the end, it doesn’t make me want to be a secret agent.  Lyrics are kinda grim which gives them added points.

This version of Bond was also created in video game form, and that video game STUNK.  Just so goddamn bad.  I remember I was so bored with it I just quit playing it.  But the movie?  It was pretty goddamn good.  Nuclear bombs, traitors, that affable fat commie Valentin, it was a classic Bond flick which anyone should enjoy. 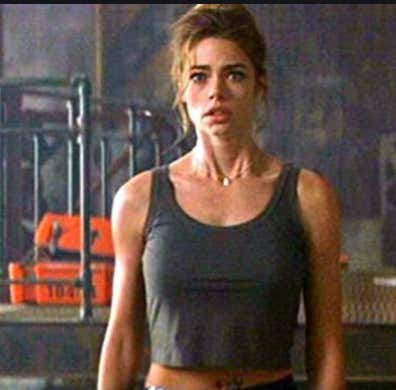 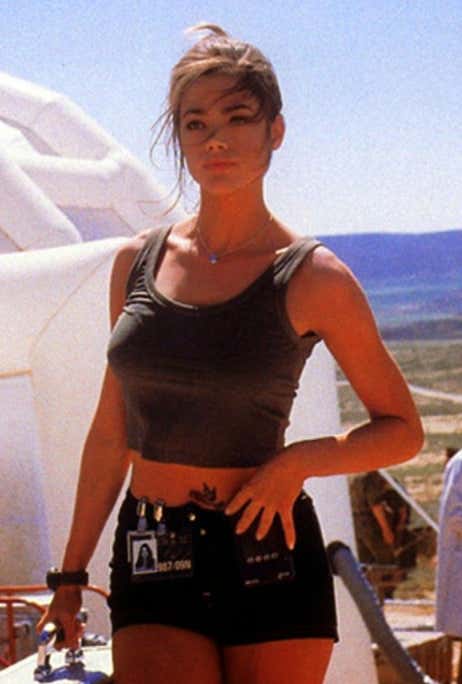 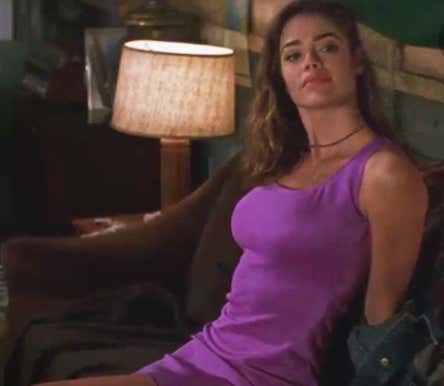 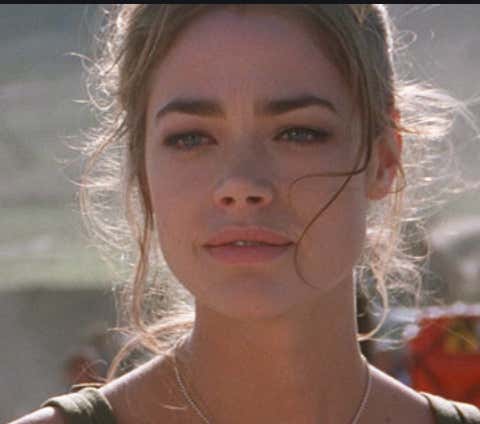 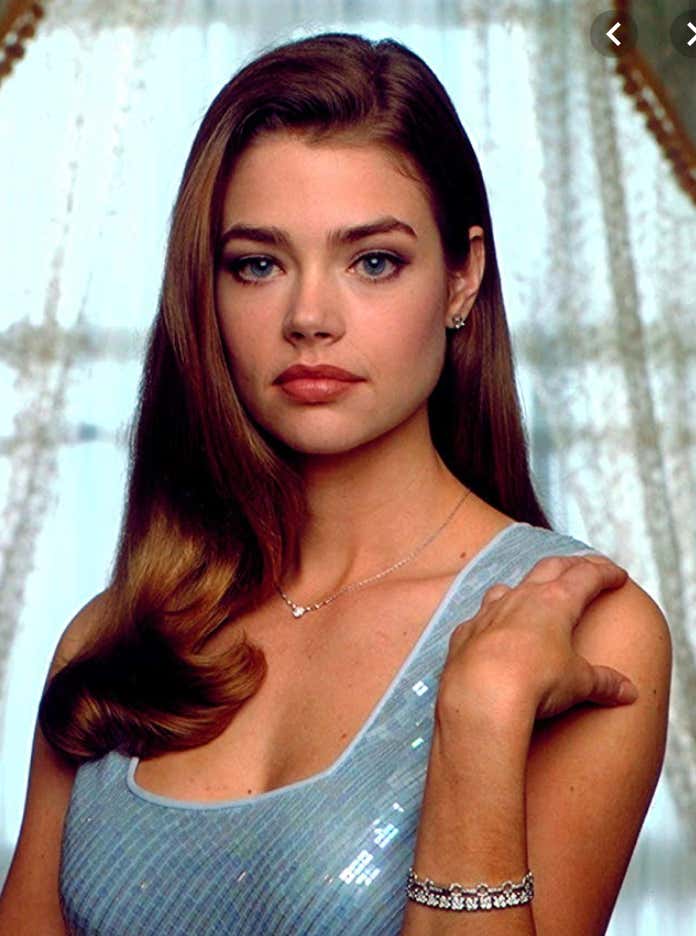 Holy hell was she sexy in this movie.  Once again, PEAK Denise Richards.  That said her acting was pathetic, not that I give a shit.  Sorry to say that from as she’s a fellow west suburbanite from Downers Grove.  Oh, and here is her Wild Things scene.  You’e welcome. 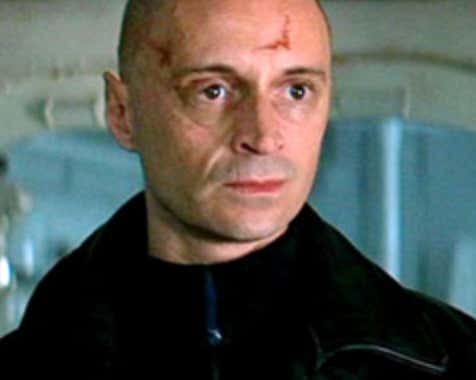 Some dude named Renard who was shot in the head by 009, didn’t die, but the bullet is lodged into his medulla oblongata and he can’t feel any pain and doesn’t tire.  A true Bond villain in his purest form.  He was a total badass. 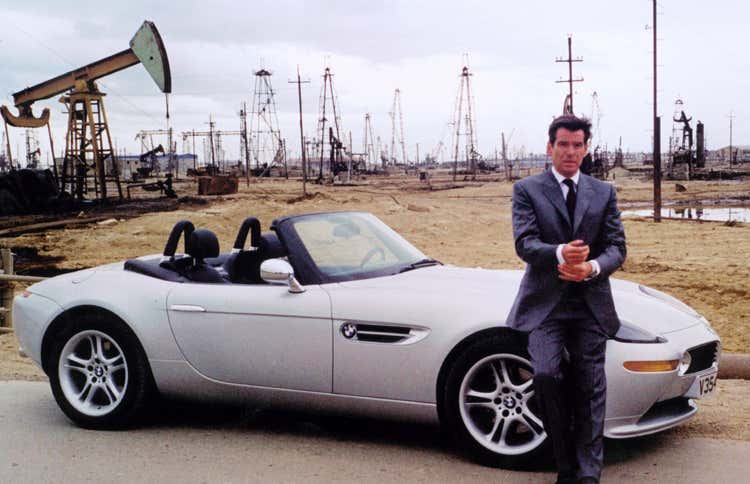 Overall score:  8.18 – yet another banger in the Bond series

Sheryl Crowe and the theme song might be the best part of this movie.  The Bond song is AWESOME.  Think I’m going to add this to my marathon playlist.  Song is awesome.

Something with a ship in the South China Sea and a media tycoon who tries to create fake news to start a war between China and the UK.  Truthfully I couldn’t follow along because the plot sucked so much ass.

Score: 1.3.  Trash storyline.  If we’re talking about it in pizza terms, I wouldn’t feed that shit to my dog 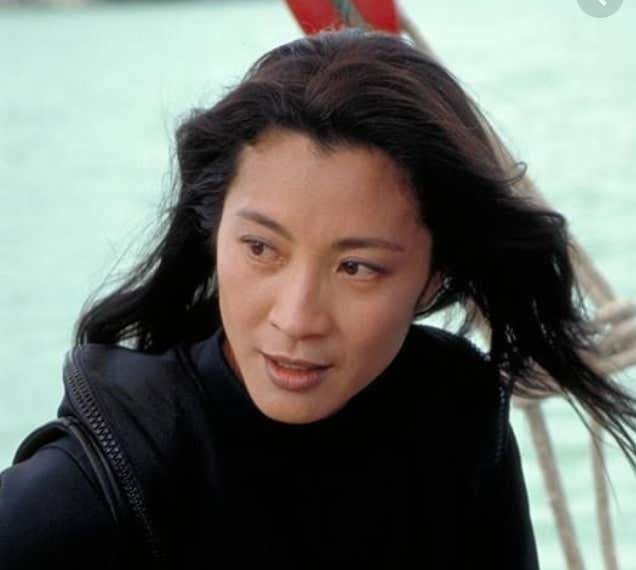 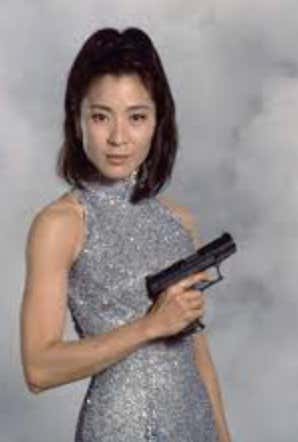 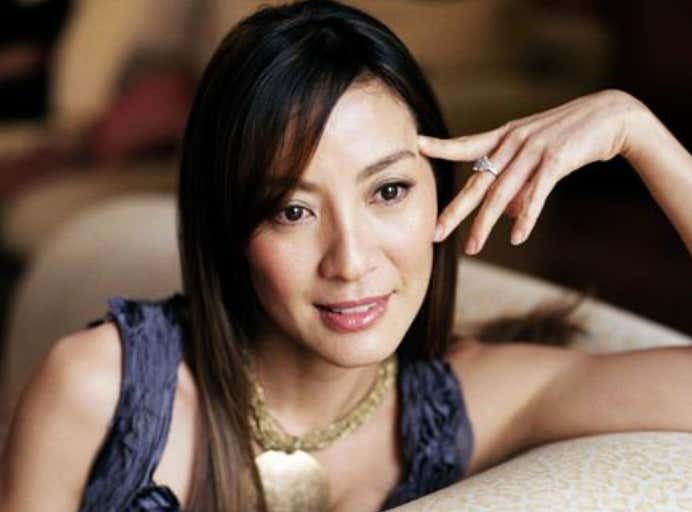 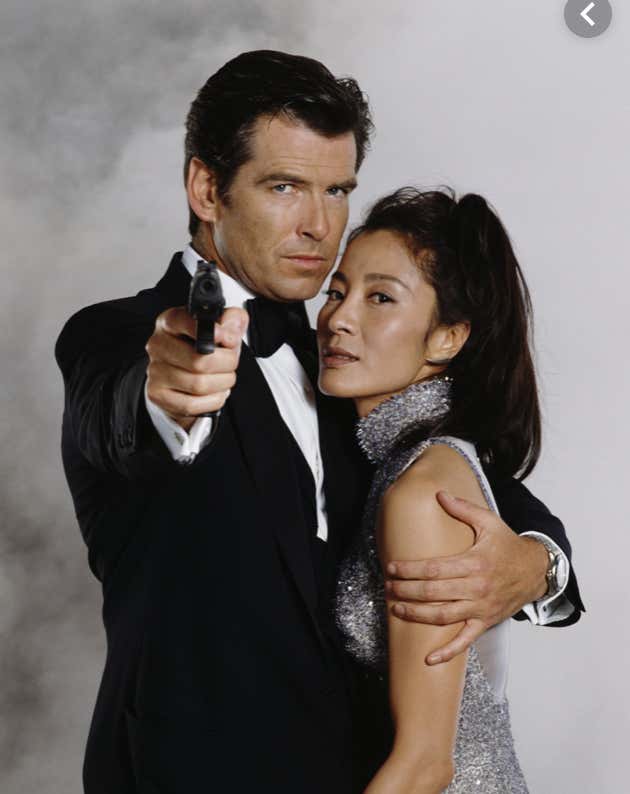 Snoooooze.  Borrrrinnnnggggg.  Added points for Terri Hatcher being in the movie though.  They’re very real and they’re very spectacular 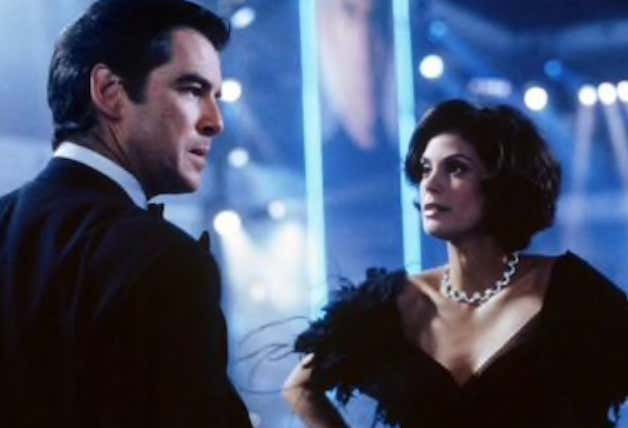 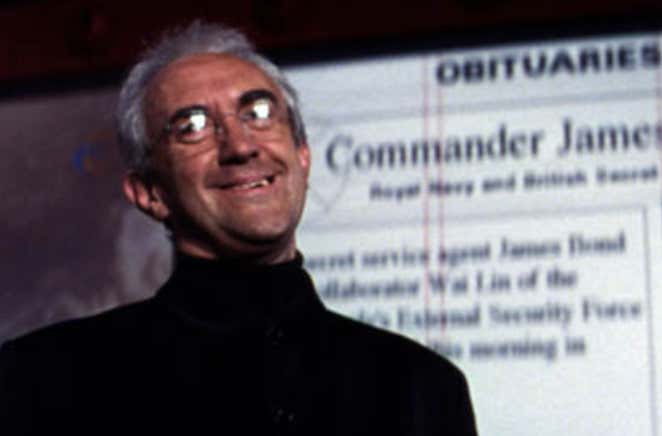 This Steve Jobs looking twat was the worst.  Such a slimy prick.  Fuck this guy.  Terrible villain 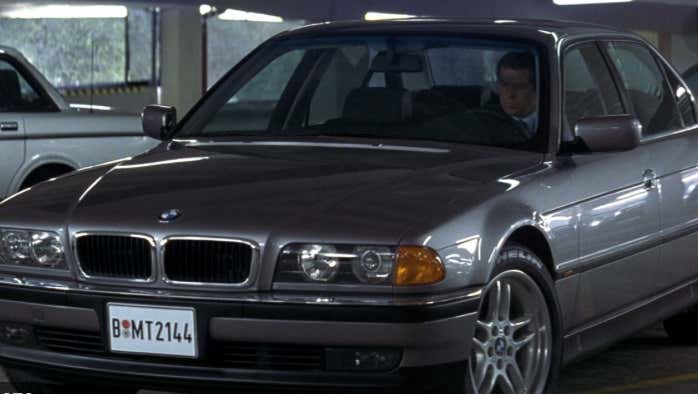 Beamer that could drive itself via Bond’s phone.  Aside from Hatcher and Sheryl Crowe this might have been the best part of the movie.

Tina Turner has pipes, obviously, but her Bond song kinda bores me.  Not awful, not great.

The most important movie of my lifetime.  If it weren’t for this movie, who knows if I would have beaten the video game on 00Agent?  It had it all, soviet commanders, treason, you name it.  What a great fucking movie. 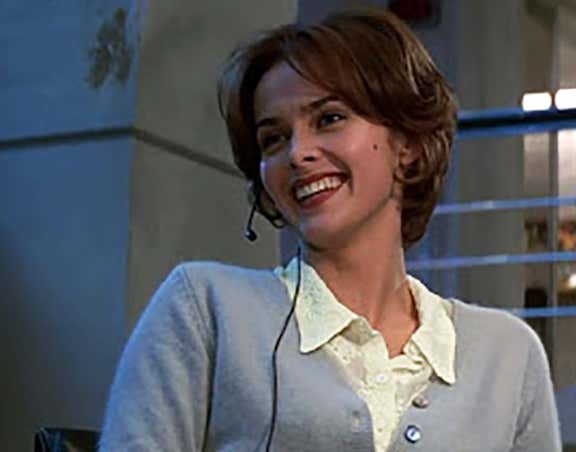 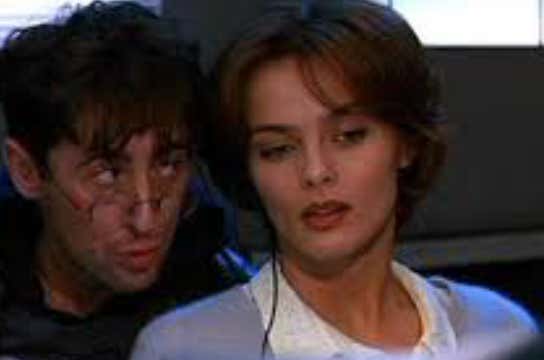 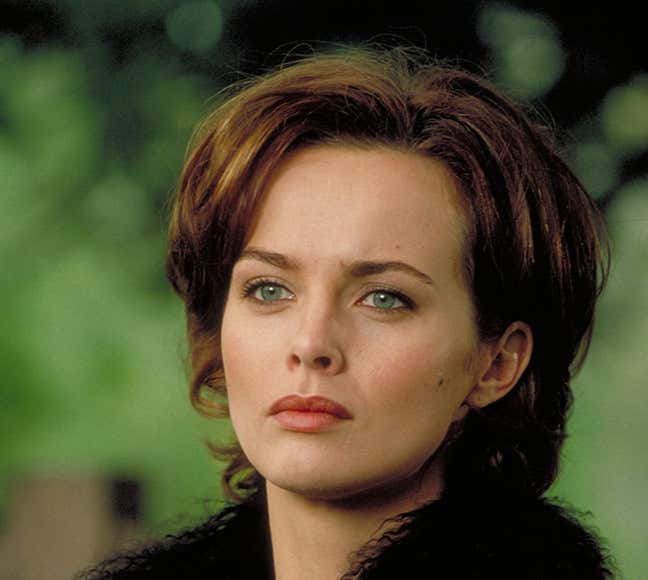 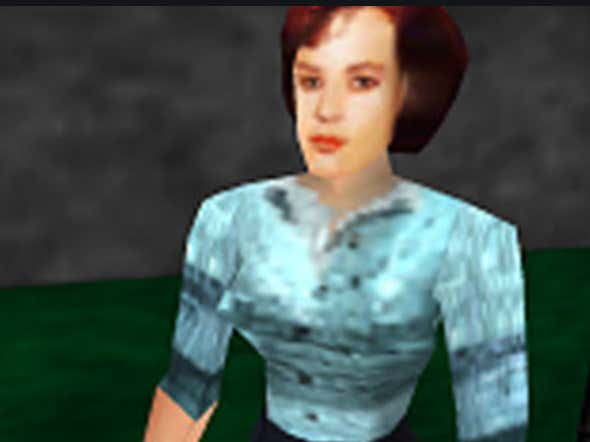 LOVE her.  As Wooderson said, “I loooove red heads”.  Oh and the Russian accent might be the sexiest accent on earth.  That, and she was by far the best actress of all the Bond girls and it’s not close. 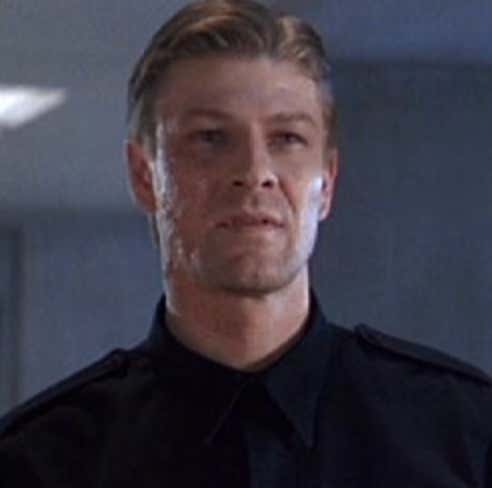 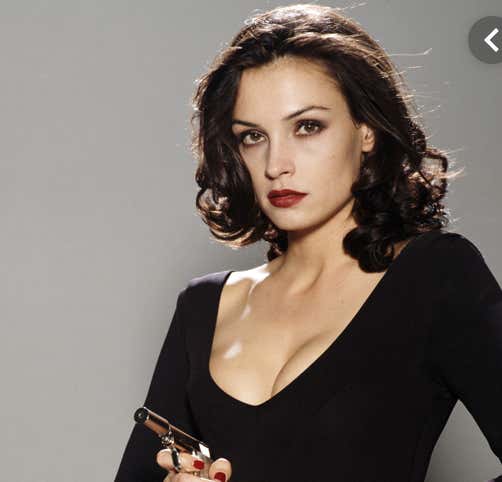 The BEST two villains in any of Brosnan’s portrayals of Bond.  Trevelyan was trained as well as Bond was, he was just a goddamn mole for Russia.  Xenia?  Sexy AF and a freak in the sack.  Her last name wasn’t “Onatop” for no reason.  Beauty and brawn. 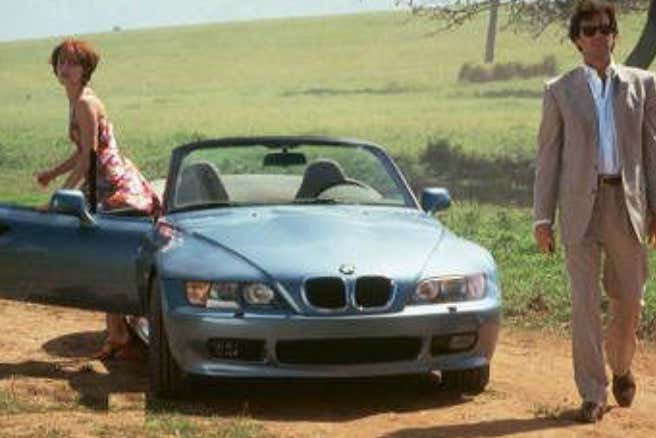 another Beamer that could do all sorts of cool shit.

Score: 7.6.  About the same as the other ones that couldn’t turn invisible

These rankings are final.  Out next week: ranking the best weapons in Goldeneye the video game.  Also – if anyone has Goldeneye in the Lincoln Park area let me know, I’m not even kidding, email me wsd@barstoolsports.com so I can come over and waste your ass in it.