Rap Up- Trick Daddy was arrested in Miami for DUI and cocaine possession on Saturday morning. According to the Miami Herald, a police officer responded to a report of a driver hitting signs and running red lights in a Range Rover. When the officer approached the vehicle, he noticed that the driver “appeared to be asleep behind the wheel.” After being awakened by a knock on the window, the man told the officer he had about five drinks hours earlier at a club in Miami Gardens and was dropping someone off and heading home. He was identified by his driver’s license as Maurice Samuel Young aka Trick Daddy. The report said Young had slurred speech, bloodshot, watery, glassy eyes, and the officer smelled alcohol on his breath. He agreed to a field sobriety test, but was unable to successfully complete it. After being taken to the local station, police found cocaine inside a dollar bill while Trick Daddy was putting his possessions in a plastic bag.

Mannnnnnnnnnn Trick Daddy Dollars is looking ROUGH these days huh. It appears Father Time has been working him like a speed bag for quite awhile now. Trick has gone from loving the kids to loving booze and nose candy and then hopping behind the wheel of his Range Rover. Unfortunately this likely puts an end to my hopes that Trick Daddy was gonna make a surprise appearance during this year’s Super Bowl halftime show. Sad. I really wanted to see the Miami crowd go wild when JLo and Shakira brought him out to ‘In Da Wind’ but that dream is officially dead with this arrest.

What in the hell is going on there? It really looks like the cops grabbed him straight outta the barber’s chair in the middle of getting a fade and put him in handcuffs. But we know that’s not true because it’s a DUI and the article says he was asleep at the wheel when the cops found him.

Now listen, I know I don’t have much ground to stand on when it comes to bad hair in a mug shot. I’ve said it many times before but I look like the Yellow King from True Detective season 1 in my public intox mug shot 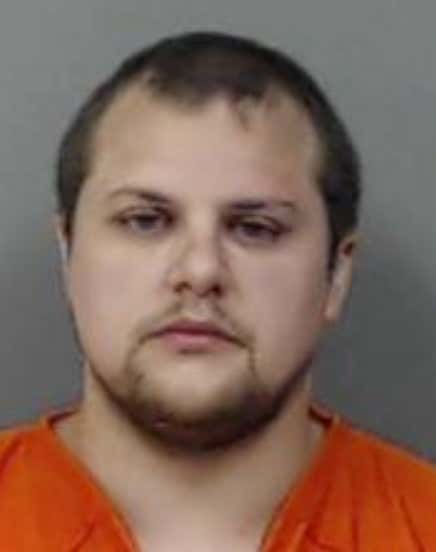 Tough scene there. But you know what? I stand with Tricky Daddy and his shitty hair. No one ever thinks they’re about to be arrested so it’s hard to plan your hair around it. It was no secret to Trick Daddy himself that his hair like looked like shit that day but he had no idea his picture was about to be blasted out to millions of people across the country.