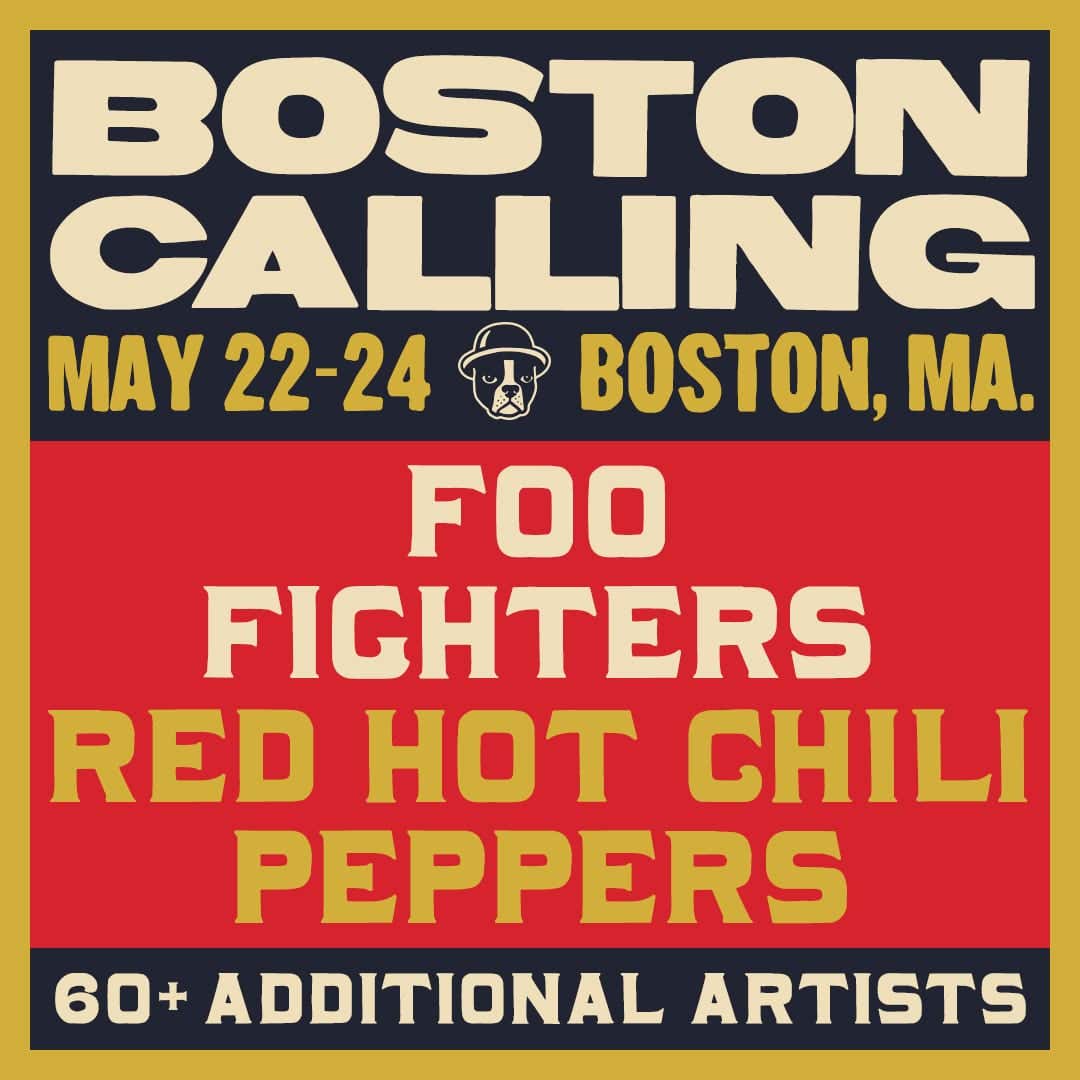 I love music festivals. I've been to a decent amount of em in my day, and don't get me wrong - they're exhausting, and usually smell worse than you'd like them to - but they always wind up being so much fun and truly produce memories that'll last forever, like seeing A$AP Rocky, Bruno Mars, and Mötley Crüe in the same day (the day we got Bin Laden!) or getting to watch the Foo Fighters live for the first time on a god damn beach (which I did!), so I'm in on em!

Coming into the new year, I decided that I wanted to get back into the festival scene a bit, because I haven't been to one in a while, and set my sights on Boston Calling first based on the announced headliners: Foo Fighters and Red Hot Chili Peppers. Obviously two of my favorite bands in the world right there, so my ticket was sold right off the bat. I knew there'd me more announcements to come - one more headliner and sixty-plus additional artists on top of that - but these two were all I needed. Same went for my accomplice in this endeavor, Frankie Borrelli.

Outta the clouds, though, came an announcement straight from the heavens... 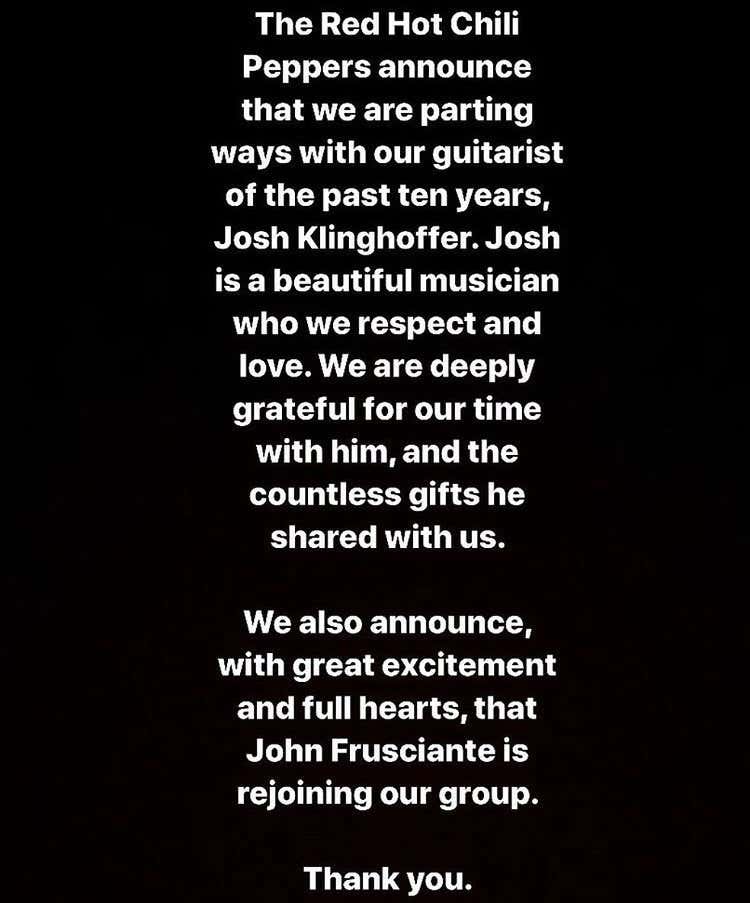 John Frusciante is back in the Chili Peppers. John fucking Frusciante. John motherfucking Frusciante. If you know anything about the Chili Peppers, you know that John's a game changer. I've never gotten to see the band with him, but he's easily one of the most prolific and talented guitarists of his generation, and hasn't been with the band in ten years. He has an unmistakable chemistry with Flea and the rest of the band that is impossible to replicate, and especially excels in front of these massive festival/stadium environments. This is fucking huuuuuge.

So that fired me up, and I decided I'm definitely going, but I tucked the festival in the back of my mind...until today.

I was commentating a Smitty vs Glenny Balls Super Smash Bros match on Twitch, and somebody commented "What do you think about the Boston Calling headliners Bob? Foo Fighters/RHCP/Rage Against The Machine."

My heart skipped a beat. No fucking way. I went right to the world wide web to make sure the commenter wasn't just fucking with me, and... 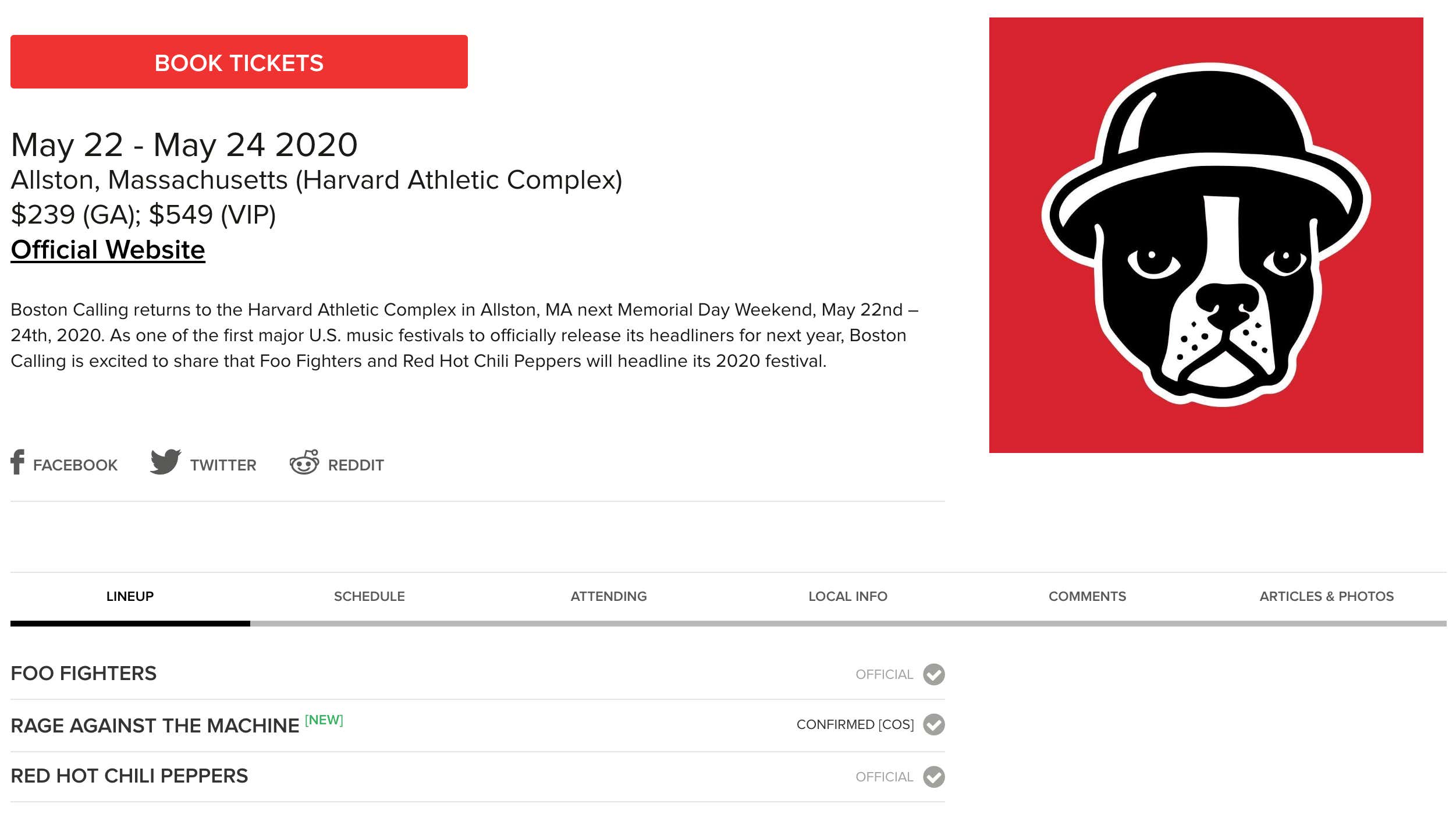 Consequence of Sound is now reporting that the newly reformed RAGE AGAINST THE MACHINE are Boston Calling's third headliner.

Can you fucking believe it? It's like this festival was created in a lab and catered to my specific interests.

As long as they're not waaaay off base on this (which would shock me), we're looking at the craziest weekend of the year right here ladies and gentlemen. Plan accordingly. Start saving up now. Travel long and far if you must. Just do not miss out on this weekend.