The best product for the fastest growing sport in America, which I have been told for a while will replace the NFL in popularity, is not being watched as much as Jeopardy's best product.

Is this an indictment on the NBA? I say no. The NBA is great and has a rabid fan base. I love the NBA. I just wished that rabid fan base wouldn't tell me how basketball is the future while football will be on the decline. Plus, the Jeopardy GOAT tournament is electric.

Here is another comparison from Sports Media Watch. It's not perfect considering that everybody has off on New Years Day. 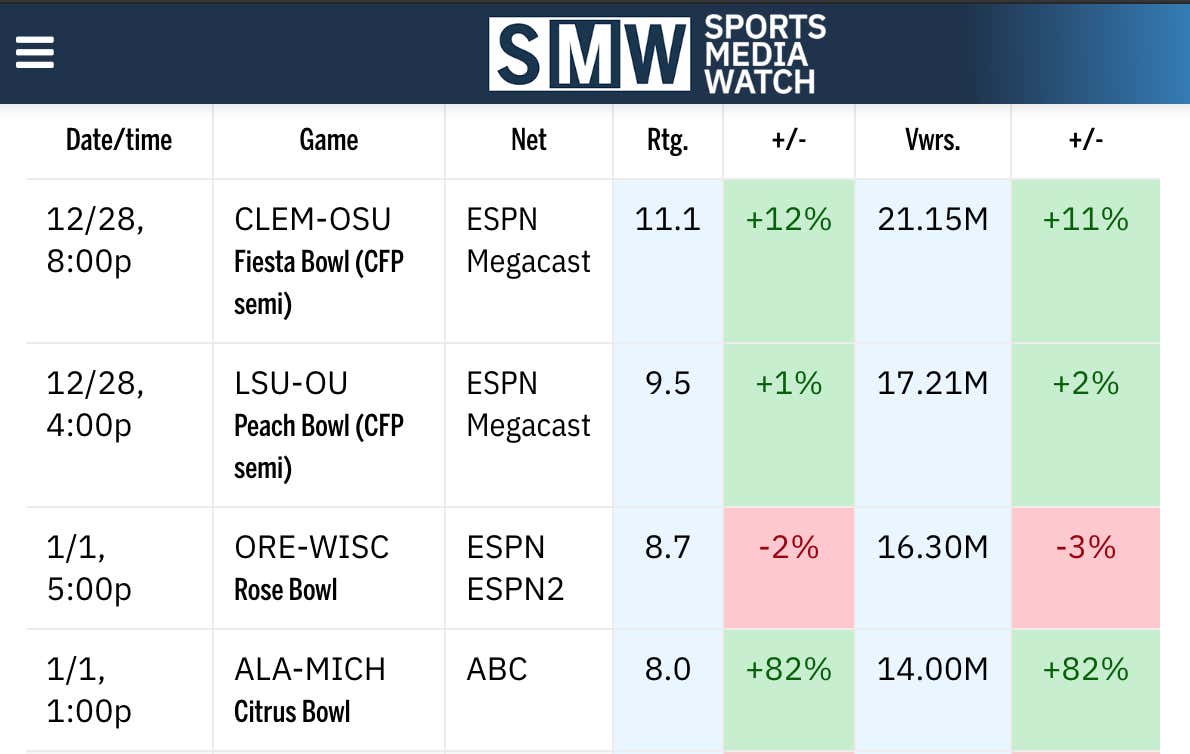 When two "meaningless" bowl games are getting better numbers than your top product, that's not great.