I’m not here to stupid shame, that’s never who I’ve been and it’s never who I’ll be (unless you mildly disagree with a tweet of mine and have a typo, then I will take that opportunity to exploit you to the tune of dozens of likes. Dozens, I said. You’ll feel shame). Anyway, I’m not a genius, you know? I don’t know where everything in the whole world is, I’m not one of those babies that go viral annually like “Watch this three year old with a messy shit in his pants name every nation’s capital.” The world is big and I have TV to watch so I don’t have the time to go memorizing things. I watch episode recaps of shows I’m bingeing, that’s where my retention rate is at. Plus, if that baby wants to go toe to toe about who’s better I’ll wipe my own ass and call it a win. Fuck that baby.

What I’m trying to say here is you don’t have to know where Iran is because I don’t and I’m driving this blog bus. But, you GOTTA be closer than most of these people. If you’re pointing out something on a map it’s gotta be like sending a text where a word got autocorrected and you kinda stare at it for a second, knowing you’re too lazy to go back and fix it, before deciding “eh, it’s close enough. They’ll know what I meant. I’ll get credit.”

There’s a lot of wrong on that map. There are levels of incompetence we haven’t seen since the Cavs took Anthony Bennett first overall, but I couldn’t get one question out of my mind last night: is it worse to think Iran is in the middle of the US or in the middle of the Atlantic Ocean? 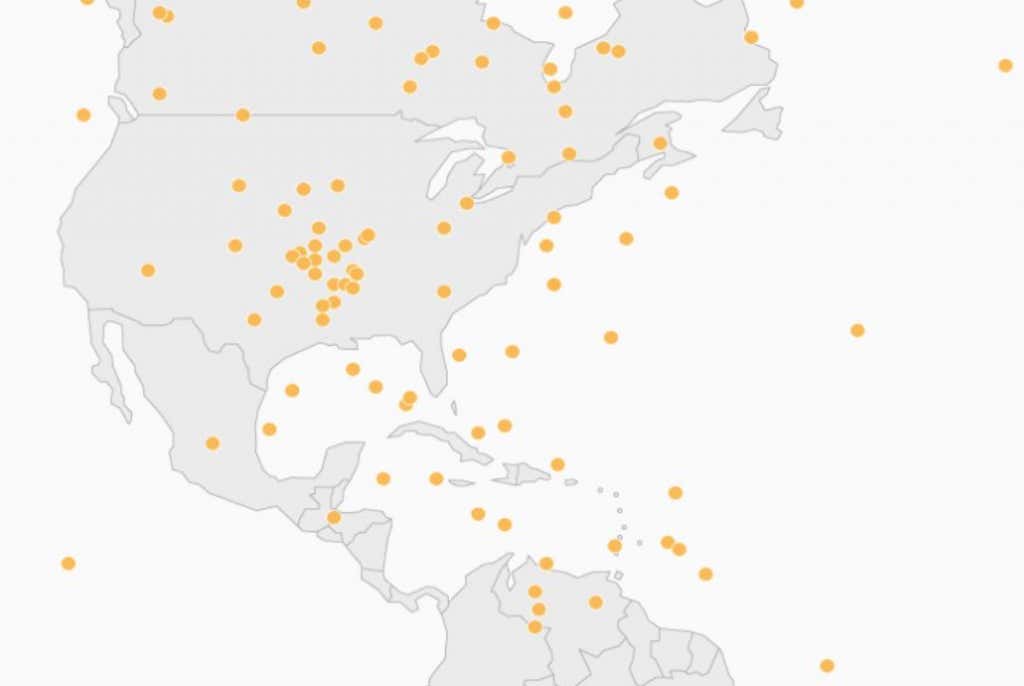 There are people out there thinking Soleimani could’ve been a B1G or SEC coach and we fired missiles at him on American soil because of recruiting violations, there are others who are a FOX tv show away from being Buster Bluth and looking at a map saying, “this blue part is obviously Iran.” I really don’t know what’s worse but I’m gonna go with thinking it’s in the continental United States because I feel like picturing the ring they used to identify Soleimani’s body as a football state championship ring.

Also, some people suggested that this survey was trolled and if you think that you should go outside and talk to your fellow man more often. Folks are fucking MORONS. Humans as a whole are so dumb that if there was an attempt to troll this survey it would probably be more accurate. “I’ll fuck with these guys good and say I think that Iran is in this made up place called the Persian Gulf. Persia was a fake place in 300, you’re not tricking me.” As George Carlin said, think of how stupid the average person is and then realize half are stupider.