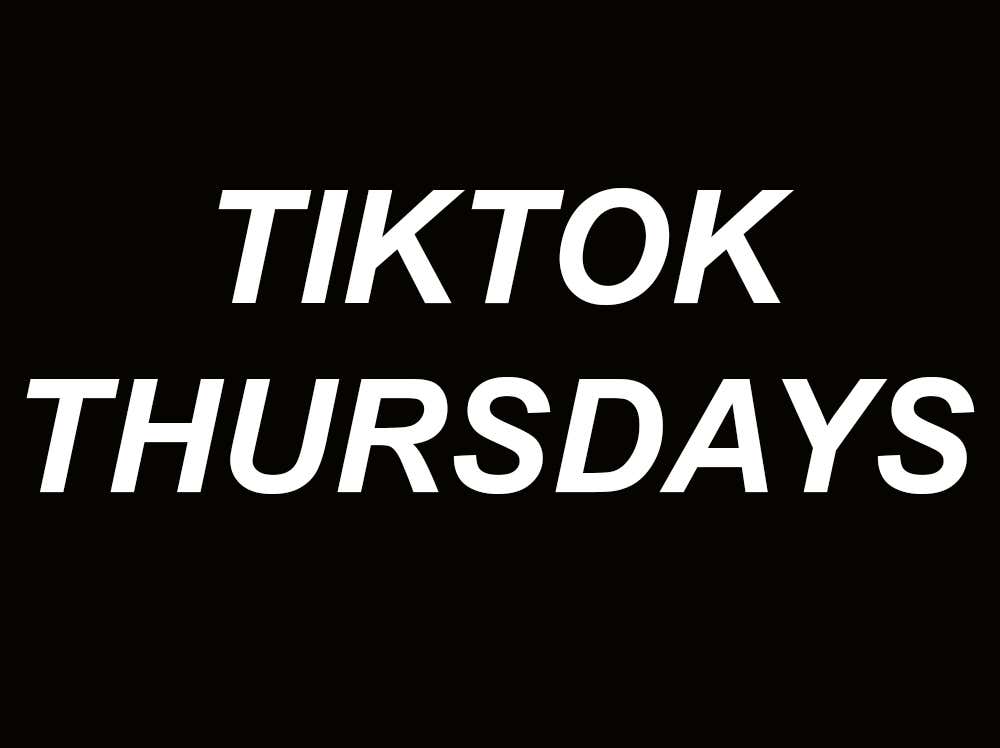 It's time to bring back an ancient tradition, TikTok thursdays! For those of you that aren't familiar I started doing these a little over a year ago after I had been on the app for a few months and seen the HORRORS it has to offer. It was an unfortunate casualty of bandwidth, so I haven't been able to do them as much as I would like. But new year new me. Well, at least for me. The people of the app have not changed at all. To be clear, this has nothing to do with me being looked over by any sort of "Tiktok teams". Nothing. Nothing at all. I'm not mad, who said I'm mad? Maybe I'm in the middle of starting my own team with Blackjack and hookers! You ever think about that, Matthew? Just kidding, I don't know if your name is Matthew. You're probably pretty freaked out if it is, though.

Kenjac: Major, MAJOR cringe alert. If you know me, you know that my least favorite trend on this app is baby voice. Adults doing it freaks me the fuck out, and this is no exception.

Pat: Thank god he crossed his eyes, his look wasn't disturbing enough as it is. Crazy to think that this is how far Fred Durst has fallen.

Kate: It's a quarter after one, your earlobes are gone and your post is wrongSaid I wouldn't judge but I lost all control and I hate you now

Pat: So hot. So fucking hot. I love when older guys with blob tattoos on their neck talk about choking their much younger girlfriends on an app designed for fifteen year olds. Especially when that younger girlfriend's entire identity is her orange hair. I'm sure these two will last.

Kate: Totally unrelated to these two - I heard if you're choked too long you can lose brain cells.

Pat: Is it okay to disrespect one troop? I know troops plural is problematic but I really want a hall pass here. I'm gonna leave this to Kate so I don't get in trouble…

Kate: Yes, Pat. It is 100% ok to disrespect one troop. The fuck boi gum chew, the 'casual' ear pod flex, the completely unwarranted bravado, the fucking terrrrrible hack joke… I'd say Semper Cringe but thankfully he appears to be a Navy guy.

Kenjac: Pop-n-lockin is exactly what Lukas Graham expected people to do when they heard '7 Years' . He almost looks like Adam Driver if he chose premarital pregnancies instead of acting.

Kenjac: Daddy as in literally her father, right? Otherwise, can we send the FBI to this dudes basement please.

Kate: I let out a literal, "oh my GOD" at the end of this one. I think his idea of 'modern day teen clothes' is more similar to what 1950s dock workers wore?

Kenjac: Nothing says "Incredibly stable and normal guy" like a giant Decepticon logo on your chest. They're the bad guys, man! Even if you never watched Transformers shows or movies you should be able to tell from the name. Fortunately, there is definitely a woman out there who just loves bad ink, puffy nips, and beefy traps.

Pat: His head doesn't match his body. Would love to see if that's the case everywhere.

Kate: I've never seen more of a flex… lead to less of a result?? I feel like his body actually got softer the harder he pushed.

Kenjac: Something tells me my definition of "Reaching for your guts" and his definition are WILDLY different.

Pat: So what I'm learning is that TikTok is just gross people dancing on camera?

Kate: This man is a strange physical hybrid of 18-year-old X 80-year-old. And I do believe he'll be reaching for guts at some point, but in more of a serial killer, cannibal type way.

Kenjac: I would bet my entire life savings that this is a New York city or Nassau County cop.

Pat: When you accidentally inject the molly instead of your steroids.

Kate: Moments after his 100th take of this, Mom barged in to tell Acid Rain (Steve) to keep it down. She's trying to watch Jeopardy, goddamnit.

Pat: My ears bled after she said "Tie me up and play with me." How do you file an Amber Alert?

Kenjac: You know me, I love saving the best for last! As Kevin would say, this guy is patient zero for the next outbreak of super-Ebola.

Pat: The only explanation for this is that he's so down on his luck he thought eating lady bugs would get him out of his hole.

Kate: Kenjac I legit fucking hate you for this.