[The Athletic] - One winter afternoon 50 years ago, a phone rang inside The Trap, an old mob hangout in Kansas City’s Columbus Park neighborhood. Answering the phone at the social club was a man named Frank Tousa, a bookie running the local gambling operation. On the other end of the line was Nick Civella, the undisputed boss of local organized crime. He had an urgent question.

Alright, we're going to get more into the story as it goes, but I'm absolutely fascinated by this story. I love mob family stories, betting stories and sports. Combine all 3 and you catch my eye like this tweet did earlier today. I then got into a deep Wikipedia rabbit hole on the Kansas City mob and this game and it's one of my favorite stories ever now.

This was a problem. The house, Tousa told Civella over the phone, was out of balance by more than $47,000 (equivalent of more than $300,000 today). If the Chiefs beat the Vikings, they were about to take a bath.

For a moment, Civella stayed on the phone. He lamented their predicament, calling it “ridiculous.” He paused. He sounded bewildered by the betting patterns.

Civella hung up the phone. The trap of The Trap — the wiretap that captured the call — was in place. And by day’s end, Kansas City would never be the same. The Chiefs would be champions of the world. And the boss of Kansas City’s underworld was about to go down.

Now from my rabbit hole of searches, Nicholas Civella made the family even more powerful. He reached out to families all across the country to combine power and really wanted to expand what he was able to control in Kansas City. He became black balled in Las Vegas because they found out he was a made man in the crime family world. He attended meetings in Apalchin, New York with other mob bosses, which ended up being raided by the cops.

Fast forward to the Super Bowl and the Chiefs were 12 points dogs to the Vikings in New Orleans. However, the Chiefs, who moved to the city just a few years prior, were obviously beloved. So fans just kept betting on them for the Super Bowl and in your all-time bad luck, this happened just a year after electronic surveillance was passed:

How could they know that, two years earlier, the U.S. Congress would enact the Omnibus Crime Control and Safe Streets Act, which authorized the first uses of electronic surveillance, or that a new presidential administration in 1969 would give the go-ahead for wiretaps?

So what happened during the game? Funny you ask: 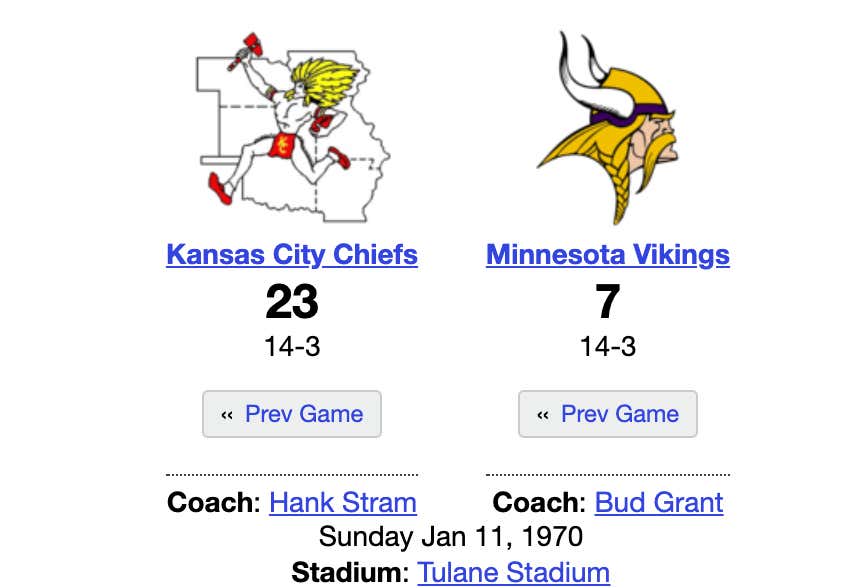 Just a straight up major upset. Meaning not only was Civella getting arrested but the house lost about $40,000 (around $300,000 in today's money). That's just an all-time bad beat.

To sum up - Kansas City loved their Chiefs so damn much, they put such a lopsided bet in that Tousa and Civella were both worried. That led to a phone call on a wiretap that they didn't know about discussing how much of a bath they'd take. That call let the FBI tie Nick to being the leader of this all. Just an absolutely insane story as we are a few weeks out of the Super Bowl now.

Civella ended up going to jail in 1977 for this before dying of lung cancer in 1983.