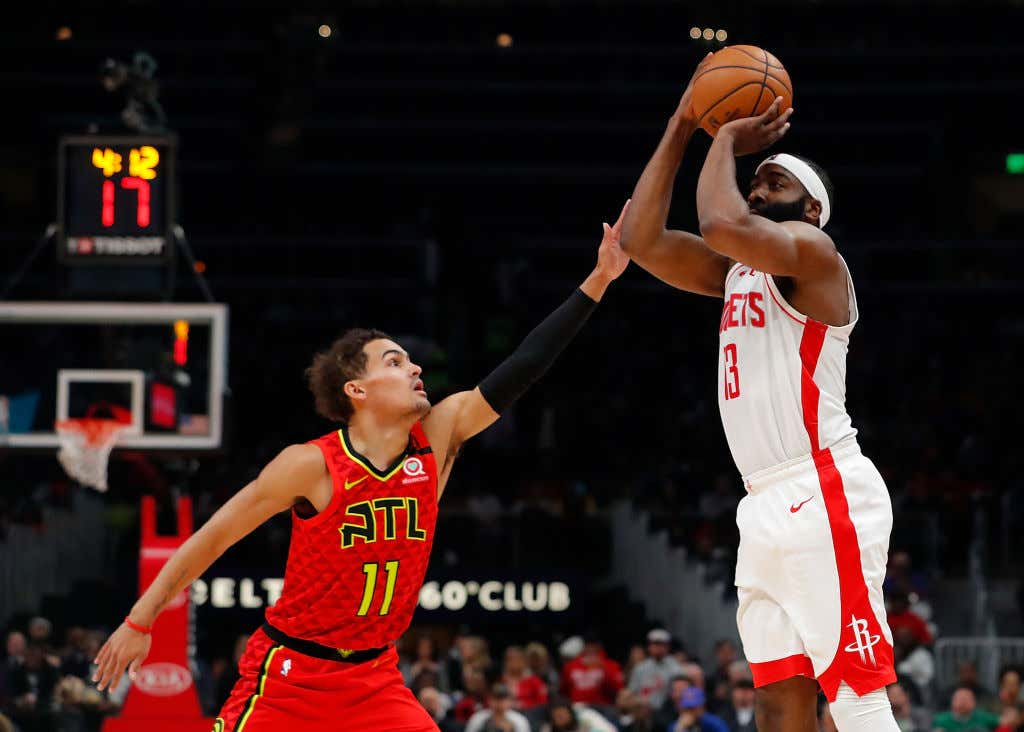 I say all the time one of the best parts about watching the NBA nowadays is every night there's a good chance you see some NBA history. Well that's exactly what we got last night in Atlanta and boy was it a show. In one corner you had Trae Young, who threw up his first 40 point triple double with 42/13/10 in 39 minutes

and in the other corner there was James Harden. A guy who is certainly used to this sort of thing, had 41/10/10 in his 40 minutes

Now to be fair both didn't shoot the ball all that well, a combined 20-64, and both lived at the FT line which helped this historic feat actually happen, but it's still pretty damn cool. It's pretty rare to see a 40 point triple double in any game let alone two in the same game. This is why I have no problem with Trae Young getting an All Star nod despite his team being terrible. The dude can put on a show with the best of them.

So while this may have been just a random game in January, I think we all need to take a step back for a second and look at what James Harden is currently doing. I know Giannis is the MVP favorite, maybe you are of the thought that LeBron or Luka should be the MVP, but even if you hate how James Harden plays what he has done over the last 36 games is simply ridiculous. Yeah yeah, postseason is all that matters blah blah blah. Shut up for a second because we're talking about a regular season award. Try for one second to not diminish what we are seeing and just appreciate the offensive greatness that we are witnessing.

Guess how many players have averaged what Harden is currently averaging (38.5) in a season? Not MJ, not Kobe, not LeBron. The answer is Wilt. Yes, eras may be a factor but that is still fucking ridiculous. Not only that, but Harden is 7th in the NBA in assists! He's making over 5 threes a night on 37.9% shooting while taking nearly 14 a game. Nobody is getting to the line more than Harden and he's making on average 4 more FTs a night than the second closest which is Giannis. He has this Rockets team at 25-11 and just 0.5 games out of the 2 seed despite the Rockets being boned with injuries. That's impressive as hell I don't care if you think he dribbles too much. I don't think it's all that crazy to suggest we are seeing a level of offensive dominance that the league hasn't seen since Wilt and it's coming from a perimeter player. That's wild.

I fully admit I am a Harden guy given our time at ASU together. But I also have eyes and there is no denying what we see from Harden on a nightly basis is a different level. Who knows if Trae Young will make this sort of production a normal thing like Harden, but given how he plays he would be on my short list of guys who have the best chance of having a few more of these before the season is over.