Someone get Adam Silver on the phone immediately. We can't have this. We can't have Steph Curry out here tampering his dick off to do his part in potentially landing Giannis in 2021. I'm sure you've heard of this rumor before, in fact it's been around since last February

and then showed up again this past September

and now here we are with that video and bribes which make no mistake are intended to woo Giannis over. It's pretty clear what Steph said in that little postgame chat, what else on earth could it be about? This should terrify not just Bucks fans, but every NBA fan on the planet. I'm not exactly positive how they make the money work but this is a franchise that figured it out once before and landed Kevin Durant, my guess is if Giannis tells them he's legit interested they will figure out a way to get the space they need in order to make it happen. That front office is no joke.

Just think about what Giannis/Steph/Klay would mean. We're looking at another 5-10 year run of the Warriors being fucking unstoppable and honestly I've had enough of that. I don't think Giannis has that same sort of mentality where he wants to join a super team instead of doing it himself, but what if the Bucks once again underachieve in the postseason? What if they don't make a Finals this year or next? Is it crazy to think that Giannis might not start to wonder? He'll have his MVP (maybe multiple), he'll have his status as the next face of the NBA, but he won't have that elusive title. Maybe his way of thinking changes and the fact that we have Steph already out here recruiting is a problem.

By now we know everyone tampers. Players, teams, everyone. Welcome to life in the NBA. Now if there were videos of other star players doing this it would be a whole thing, but because this is Steph I feel like most people just want to make a joke about it. Not me. I find this very serious and I need the commissioner to come down on Steph and the Warriors with an iron fist. Take away picks, hell I'm not ruling out suspending Curry for all of next season. We need to do whatever we can do prevent a move like this from happening. Can the commissioner block free agent signings like David Stern did with the Chris Paul trade? If not, I'm going to need that to become a thing now too.

I'm telling you, this has been in the works for a while. Remember the All Star Game? 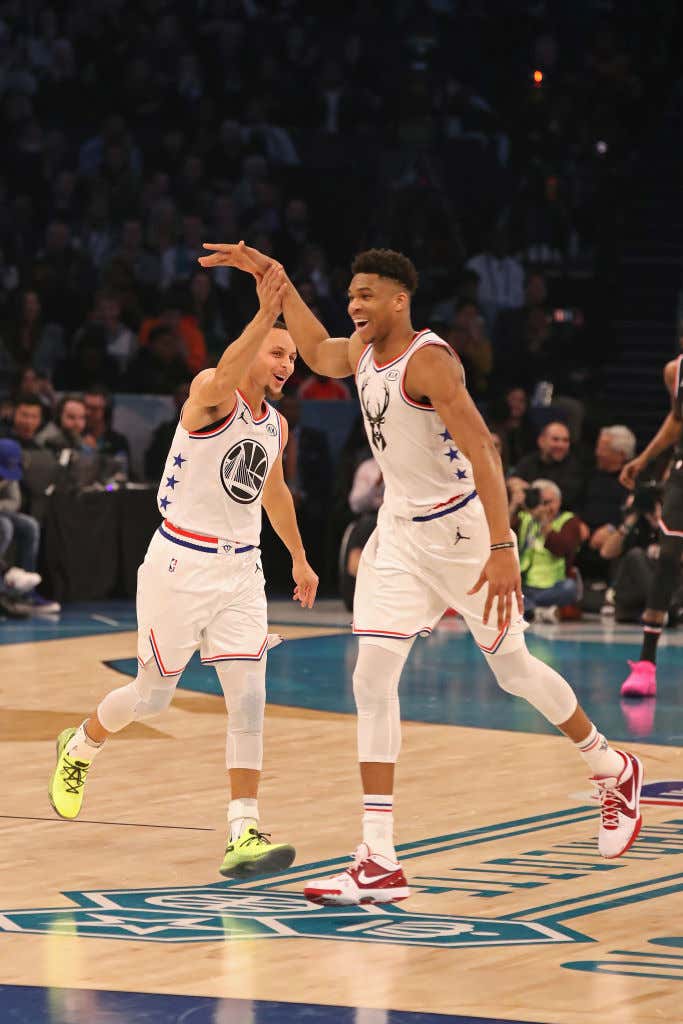 Yeah that becomes real life. You can kiss goodbye any hope you had for your favorite team to maybe win an NBA title if this happens in 2021 and as of now you can't put it at a 0% chance. The fact that we are even talking about this is enough to make me want to vomit, so just start bracing yourself now because Steph and the Warriors have their sights set on their next target and they usually get what they want.