Last night I tuned into Syracuse vs. Virginia Tech at the Carrier Dome. Cuse sucks this year but I'm sadistic and tricked myself into thinking they could start their turnaround with a win. Nope, they still stink. What did catch my eye was a certain high profile athlete sitting court side at the game: Odell Beckham Jr. Now why in the world would OBJ take a trip up to Syracuse, NY to watch a random basketball game that had no national TV hype? The answer? Adam Weitsman.

I first learned of Weitsman while studying at Syracuse simply because it's impossible to ignore his presence in the city. He's pretty much the silent protector of Syracuse. Last year he told Jim Boeheim he'd make a large charitable donation if they went into Duke and won in January. They pulled off the upset of the season and staying true to his word Weitsman donated $175,000 to the Boys and Girls Club. He's an extremely generous philanthropist who is always looking to help out. The guy only cares about the community and helping build it up.

Weitsman made his money off of the metal-shredding industry. He started it in 1997, but during his company's financial struggle in 2004 he got caught check-kiting (a form of check fraud). Weitsman served almost a year in federal prison for it. When he got out of prison he acquired his retiring dad's metal shredding company and built that up to be a titan of the industry to the point where they make over a billion in sales each year.

None of that is why I'm writing this blog, I thought you just deserved some backstory on this man.  The reason I wrote this is because Adam Weitsman is the most mysteriously well connected man in America. He knows EVERYONE, it's insane. His Instagram is make believe. A cool million followers, from a guy who owns a metal shredding company. How? Here's a glimpse into his world.

Oh yeah and the Biebers. 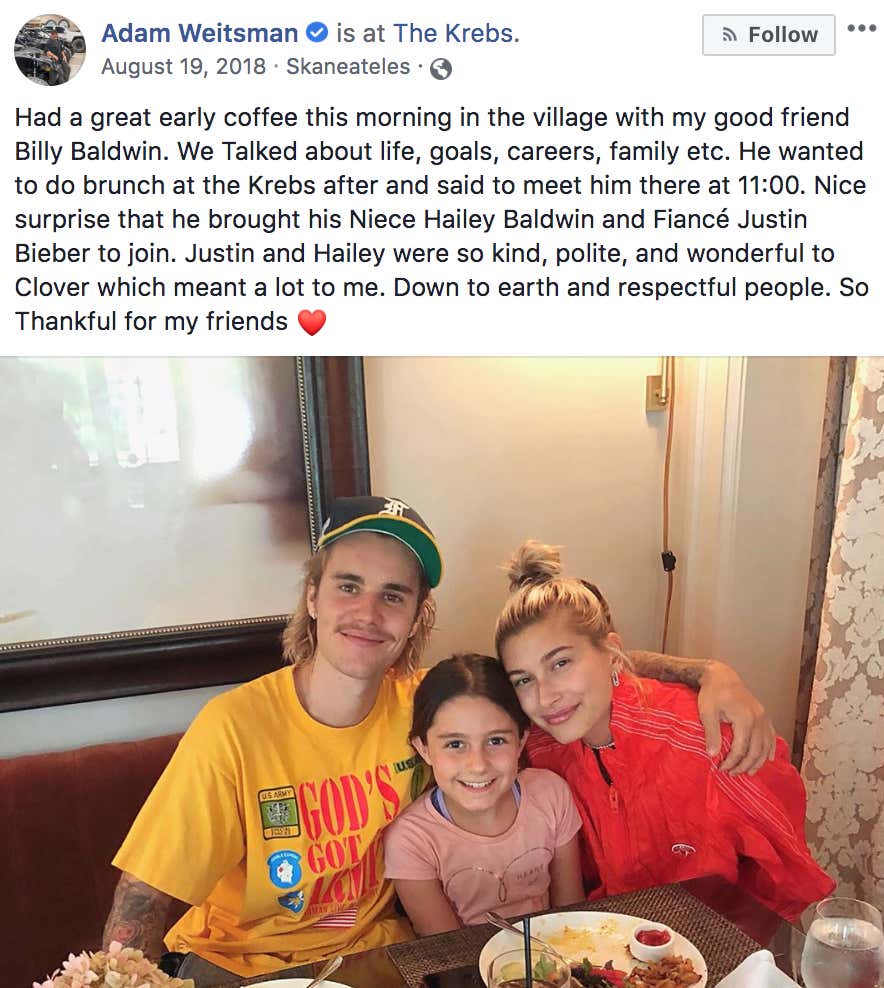 The guy knows everyone. All from his successful metal shredding company? I'm just as confused as you are. He's clearly the nicest guy in the world and great with all sorts of charities, but how is he so wildly connected? To get someone like Odell Beckham to fly up to a Tuesday night Syracuse-Va Tech game takes some special kind of power. If someone famous is at a Syracuse game, 99.99999% of the time they're with Adam. I can't imagine the contacts he has in his cell phone.

I don't know what to think of this man, but all I know is I need to be friends with him. The mystery continues.

P.S. Another story I found on him as I continue to read up was about former Cuse QB Eric Dungey. His dad recently was diagnosed with cancer, so during the football season Weitsman sold his suite and donated the proceeds to Dungey's dad for the medical bills.