Hey guys, just heard the news. I know you've been eyeballing Canada as your new spot, but Meghan - maybe you're thinking about dabbling around on Broadway & need a safe-house or a place to lay low for awhile. If so, I just moved into my very own apartment in Queens and have the greatest LaZBoy couch EVER.

It's full faced chenille fabric that's soft to the touch and the blanket draped over it is extremely toasty.  Though it used to belong to my parents, I swear to God the cushion springs feel brand new. As an added bonus the seats on the far ends fully recline with no creaking.

You can also lay on the rug if you want to stretch out a little as long as I don't need it to practice TikTok dances. (I clean it all the time because I'm 33 and excited about my new vacuum, so no worries about getting your fancy-pants clothes messed up.) 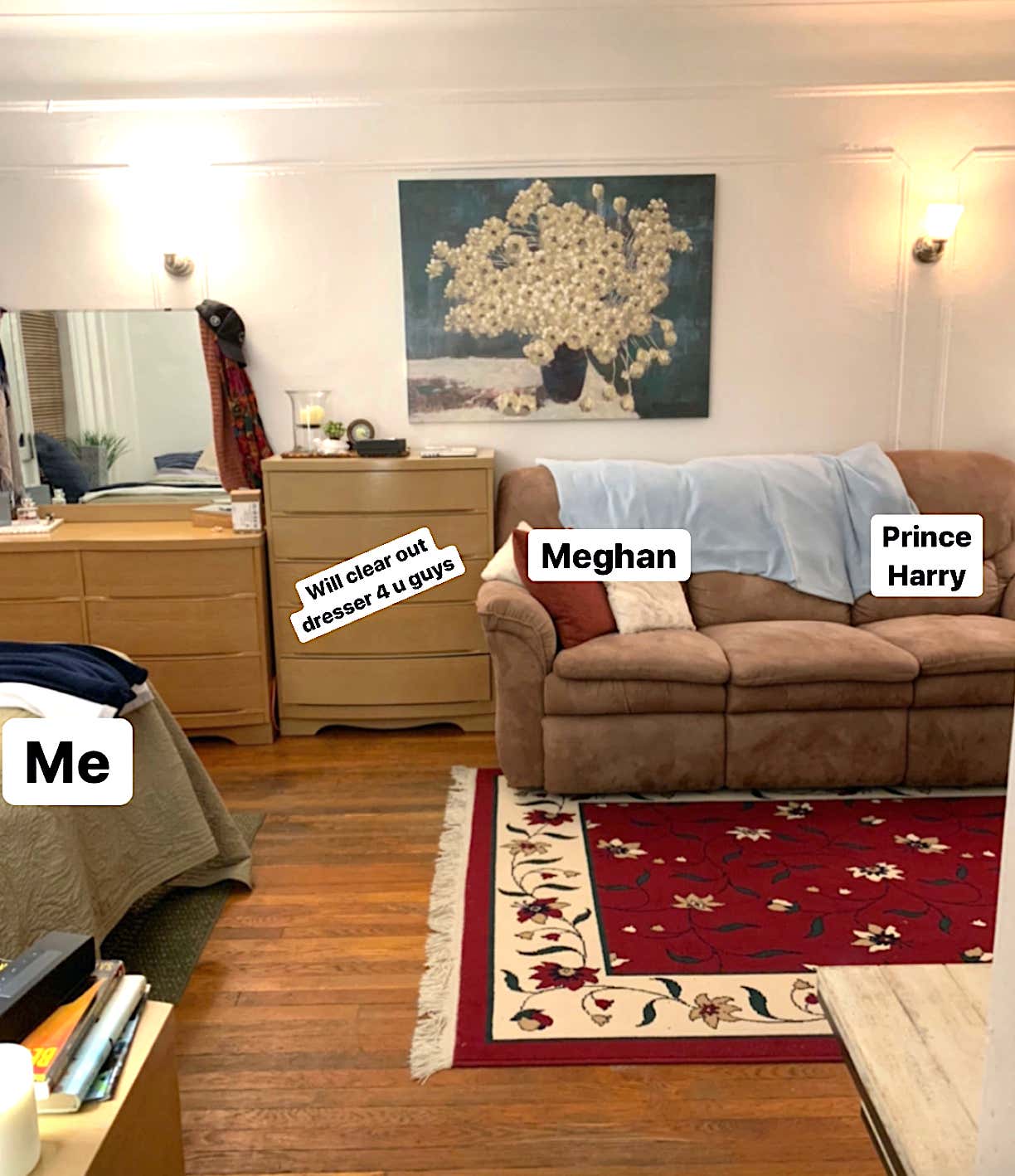 My TV didn't arrive yet & the internet guy stood me up today, but I have a cardboard box we can cut into a TV & pretend to do the news. Breaking: I'm Obsessed With You Guys, Like Especially You Harry, Who I've Been Creepily Obsessed With Since Middle School, ha ha You Are The Reason I'm Into Gingers And Sometimes I Daydream About You Riding A Horse On A Fox Hunt And I'm Riding On The Bitch Seat Holding Onto You Tight, ha ha

Humblebrag; I also have Bananagrams and a Thomas Kinkade puzzle to hold us over.

And Harry, while Meghan sorts out her next gig I think you'd be an amazing addition to Barstool Breakfast. Gentleman's Fridays with a combat tested prince? Even better, you could introduce stoolies to a whole new world of sports, from cricket to polo to badminton, and we could give you a slot on the Twitch stream to teach us manners & where to put forks & knives & such. Think about it. Huge opportunity here.

In closing, here is a photo of you both that I purchased with Barstool's money from our account with GETTY because we use official photos so we don't get sued. I bought it so I could blog the initial story, but as soon as I did I saw that Jack Mac had just blogged it. So now it may seem like this whole entire blog was just a guilt blog for buying a photo online & not wanting to waste it, but nooooo, not at all. Harry & Meghan, the offer still stands & I hope to hear from you soon. 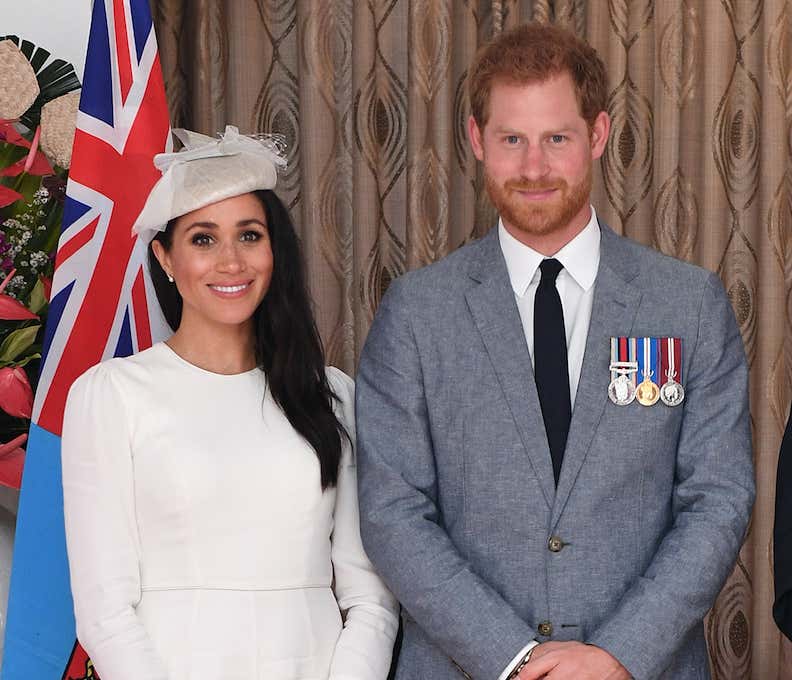