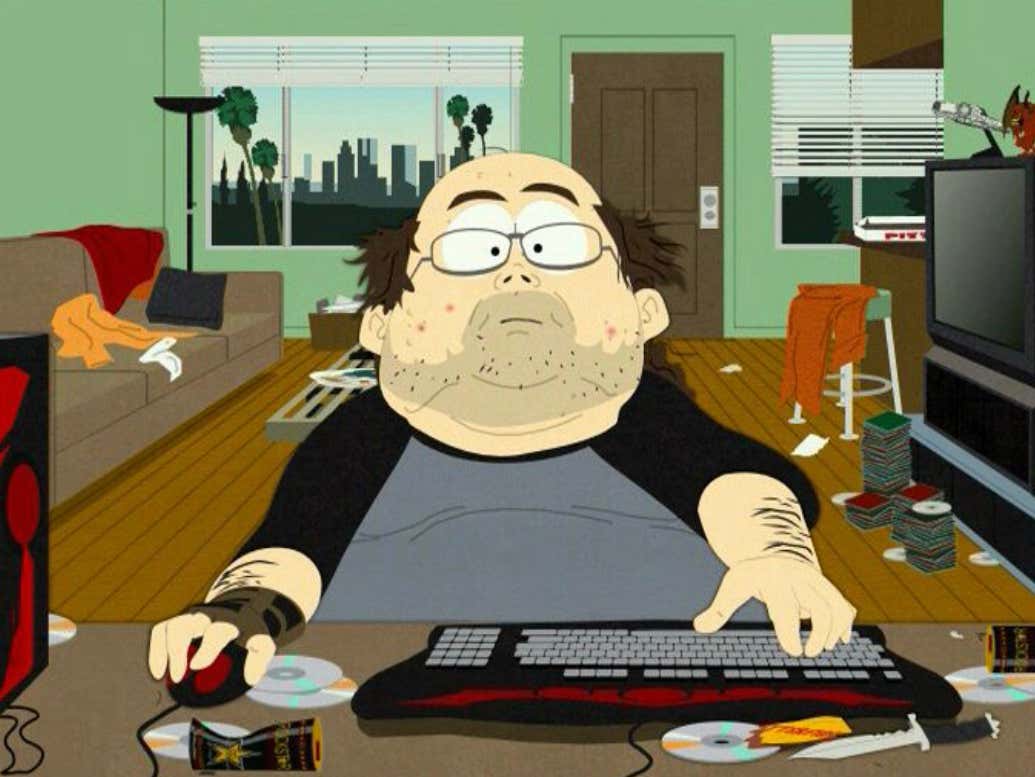 Keyboard Warrior is ready to launch a barrage of Facebook missiles about how the US needs to crush Iran, and you’re a pussy if you disagree.

“Time for us to flatten Iran like a parking lot.”

He does not realize we have another war going on already that he could have hopped on, nor did he know about tensions with Iran until today, but the huge US flags hanging by his beer pong table & off his porch would have you believe otherwise.

In reality, the only thing flattened are the arches of his feet, which render him incapable of serving. (Not that he ever would anyway.) And the only place him & the boys are going is upstairs from the basement ‘cause mom said the Totino’s are ready.

*Worth noting, equally as bad is his polar opposite, Keyboard Coward, who writes long Twitter threads about how active troops can & should go AWOL if this kicks off.

Did you ever see a scary, real life war scene unfolding on TV and think, “How can I make this about ME”?

If so, you might hop on Instagram & repost that old photo of you in Dubai for work, looking gorgeous on a yacht.

“Wow... Hard to believe I was just in the Middle East last year, only a skip across the Persian Gulf to Iran. You really just never know...”

Before we’ve even got confirmation about casualties in a painfully fresh attack, we’ve got FB confirmation that your Aunt Deb KNOWS this happened because Trump is a life-ruining toddler & the Republicans are puppets on his evil string.

But wait, your cousin Dennis can’t help but reply to her and confirm that she is WRONG. It’s the DEMS & Obama who created this problem, and you know who wants them to win this next election more than those dirty Brooklyn hipsters? IRAN & the terrorists!

This person already had the collar-pull-worthy rounds (memes) loaded in their magazine (special photos folder on their phone) well before anything popped off.

But as soon as the news hit about a recent attack, BAM-BAM-BAM... A three-round burst about those pesky Muslims was unleashed.

Often times it’s an old neighbor or co-worker of yours and you’re like, “Holy fuck. Yikes. But... Ah, you know what.. not really a surprise if I think back about it.”

“As a former soldier, I have to say XYZ about our foreign policy & the action we just took about XYZ in the middle east.”

Sharon, thank you for your service. Genuinely. But also, you were a supply clerk in 1999.

You’ll see a lot of these talking heads on Twitter, and on news networks from MSNBC to CNN to FOX & beyond. They’ll list the person as a service member, which viewers blindly trust as some deeper knowledge level. What they don’t list is that the vet has literally zero experience or real expertise on the topic. Doesn’t matter though.

This person awkwardly cries a little in the radio room after the Chaps & Kate Show thinking about how awful war can be, and about friends injured & lost & what happens to innocent civilians & what this all could mean.

Then they get overwhelmed by the news & then spend too much time scrolling all their social media pages & judging everyone else’s responses as they try to process things, too.

They bitch to their military podcast counterparts on the ZBT group chat, then take to their phones to hastily stamp out a bitter sounding blog & proceed to write about themselves in the 3rd person. Awfulllll.