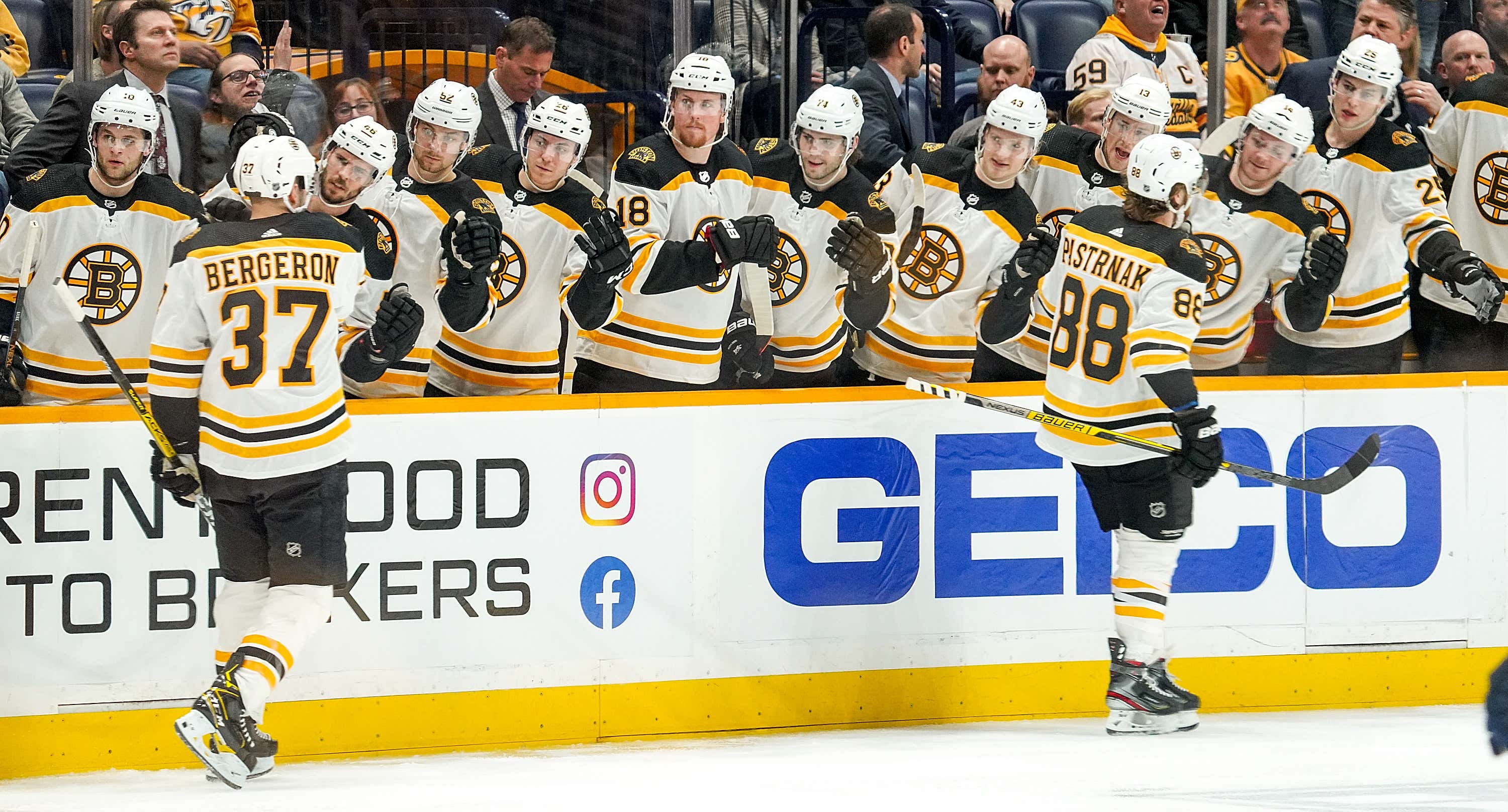 BACK IN THE WIN COLUMN! The B's have snapped their 3 game losing streak with a 6-2 win down in Nashville to kick off the Mom's trip with a bang. Six different goal scorers and and all around 60 minute effort from the B's.

David Pastrnak opened the scoring with his 32nd of the year. 1-0 Bruins.

Midway through the 2nd Danton Heinen extended the Bruins lead after a solid forecheck from Ritchie and Coyle. 2-0 Bruins.

Filip Forsberg connected on a 5 on 3 PP (Carlo tripping, Grzelcyk high sticking) for the Predators shortly after to cut the lead to 2-1.

Patrice Bergeron buried a PPG to make it 3-1 Bruins at the end of the 2nd.

Early in the 3rd Chris Wagner scored with his ass I'm pretty sure. 4-1 Bruins.

David Krejci from DOWNTOWN with an ENG. 5-2 Bruins.

- A better overall effort from the B's, solid goaltending and they come away with their first win of 2020.

- Dare I say the 3rd line of Heinen Coyle and Ritchie played great tonight? Heinen + Coyle both found the scoresheet tonight, Heinen's goal extended the Bruins lead and Coyle capped off the night with a tap in from Ritchie.

- Patrice Bergeron connected on the PP... that's the Bruins 11th straight game with a PPG which is pretty nuts considering a month ago I was talking about how horrible the man advantage had been. Bergeron's 18th of the season.

- As good as the PP has been I thought the PP could have been better tonight.

- Tuukka Rask made 34 saves tonight, thought he stood tall and was crucial in the 2nd. Something about the B's and 2nd periods.

- Predators hired John Hynes earlier in the day after firing Peter Laviolette. Another loss for the Preds.

It's rare to see someone get a good shot in a fight with Chara but credit to Trenin.

B's are back at it on Thursday night when they host the Winnipeg Jets.

p.s I loved the mom's reactions all night.

Fuck it feels good to win in regulation again.