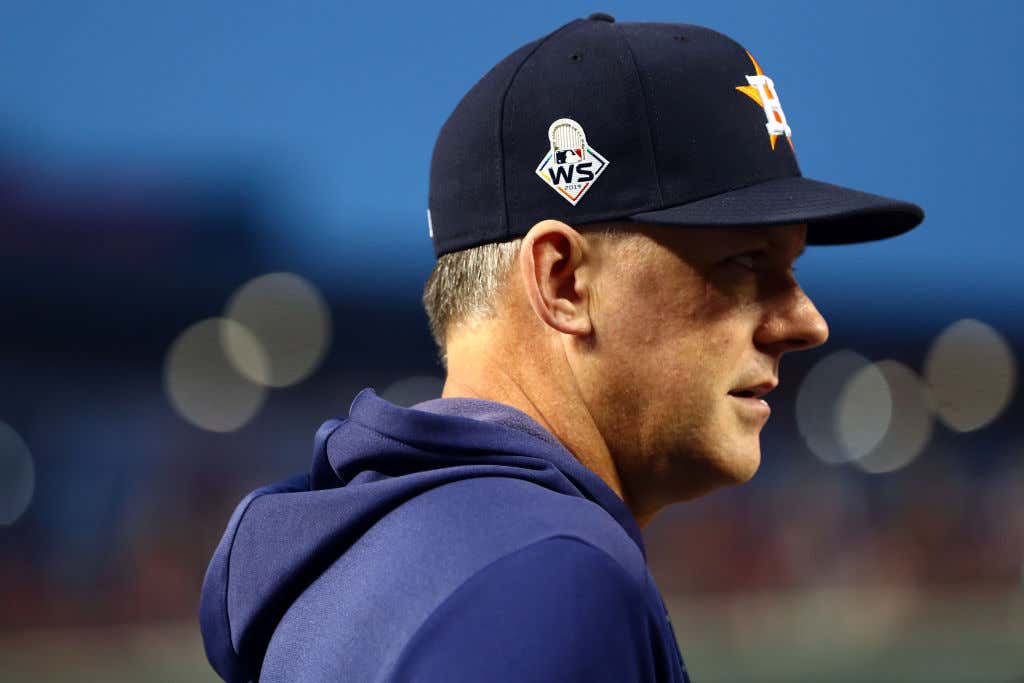 Major League Baseball's investigation into the Houston Astros' illegal use of technology is in its final stages and members of the organization expect commissioner Rob Manfred to decide on the severity of discipline within the next two weeks, sources familiar with the situation told ESPN.

With witnesses admitting the Astros used a system to relay pitch types to batters before they were thrown, according to sources, MLB's coming decisions are two-fold: who to discipline and how harshly to do so.

Here we go!! Finally, it appears Major League Baseball is nearing the end of their investigation and is just about ready to hand down the punishments of the 2017 Houston Astros cheating scandal. Good on Major League Baseball for taking their time and getting all angles of the story here. They handled this scandal as seriously as if it was about the White House. Now that they have all of the information possible it's time to die. Looking right at you fuck face A.J. Hinch.

The targets for discipline will be employees of the team, including the front office and on-field coaching personnel, but will not include the players involved in the scheme, according to three players who have been interviewed. Those who could face discipline include Astros general manager Jeff Luhnow, Astros manager A.J. Hinch and other front-office members, sources said. The team also could face a record fine.

What's important here is that Rob Manfred comes down HARD on the Astros. You have to make sure this won't even be considered again by another team. You have one shot to make it hurt, don't let up. So what's expected to happen? A.J. Hinch will be suspended. That smug scumbag should never be allowed to manage again. I hope it's a lifetime ban. I think it'll be the season. Anything less is not enough. Astros GM Jeff Luhnow, who this likely all came from originally, will obviously be right in the cross hairs of a big suspension as well. Maybe Cora gets something too? Sure there will be a huge fine, but Major League Baseball teams don't give a shit about fines unless you're the Rays or A's and can barely afford to stock your soda machines. Hopefully draft picks will be taken away. A lot of draft picks.

I realize you can't take away the World Series title. They'll always have that, and at the end of the day will they privately say it was all worth it? Of course. But Alex Bregman can't brag about being a World Series champion anymore. He has no ground to stand on. None of them do. They have the World Series title, but at the same time they don't. Public perception is everything these days. No one in the public with a brain will credit them with winning it all, even if the record books say so. It's just one big giant asterisk.