[Source] - The team spent his first few years driving to games in the Death Mobile, an old, rickety van straight out “Slap Shot,” with a big steering wheel, a curtain separating the driver and cup holders as a luxury. Miller sat in the captain’s chair and sometimes drove.

What the van lacked in safety, it made up for in overuse. Road games at Nichols State took eight-hour drives each way, and the Bobcats didn’t return to campus until the middle of the night. By the time he got to Eastern Illinois later in his career, Miller stopped counting hours altogether; he prefaced long road trips with a question: “How many movies?”

I wanted to take a quick break from freaking out about the Giants not hiring Matt Rhule and hiring Joe Judge instead for tricking my stupid brain into something positive. That's being 100% all the way in on Knicks interim head coach Mike Miller. Nope, not even the cool Mike Miller. This Mike Miller. 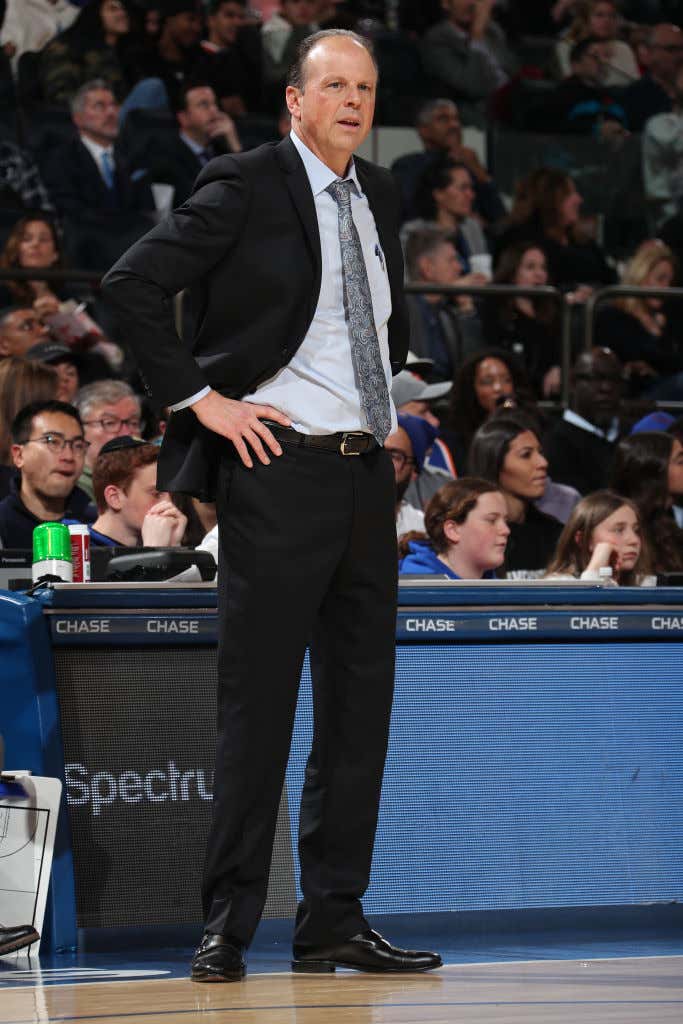 I may even have to rescind my not cool statement after reading this piece on his background. Yeah, yeah, he made his up way through the ranks and went through some shit coaching at small colleges. But the real story? He used to drive a thing called the Death Mobile. It's impossible to fail as a head coach if you survive the Death Mobile in Texas.

You know what? I think it's working too. Miller took over on December 6. Since then the Knicks are 6-8. That's not too bad by Knicks standards! Might be a bit too good if we're going to miss the playoffs and not have the best odds for a top pick to take LaMelo Ball, Anthony Edwards or Cole Anthony. More importantly he has these guys actually playing well. They are competing night in and night out. They are avoiding the 40 point losses. They are turning guys like Bobby Portis and Marcus Morris into more lucrative trade potential or even keeping them on a team friendly deal to grow. Hell, they were a few plays away at the Suns and Clippers from being 8-6 under him and actually being close to the 8 seed. All I want is a month of Garden Games or the No. 1 pick. Not too much to ask for.

Long story short - you drive something called the Death Mobile and live to survive about it I trust you can overthrow James Dolan. Long live Mike Miller.