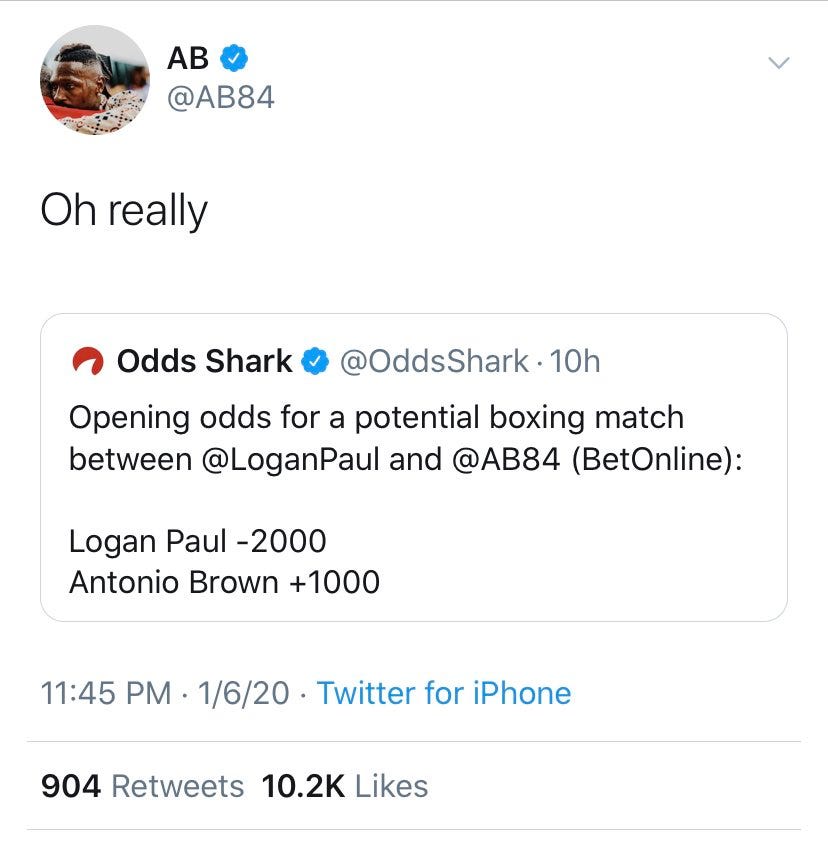 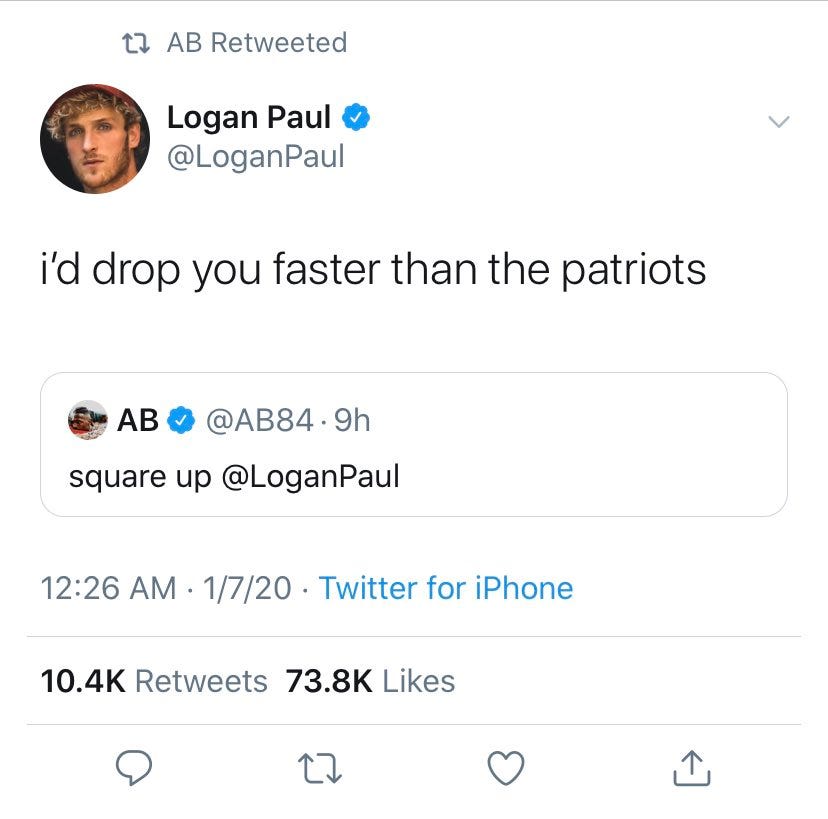 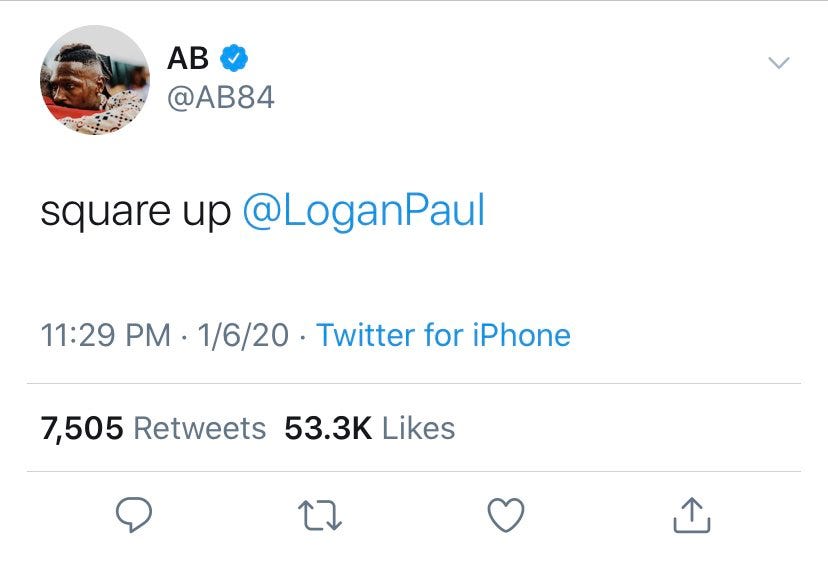 Round 1…FIGHT! Street Fighter II Voice As far as I’m concerned those tweets and retweets are a binding contract and an official acceptance of Logan Paul’s challenge. A couple weeks ago right before Christmas we had an impromptu episode of KFC Radio with Logan Paul. It was right after his “sex tape” dropped and we popped into an empty Barstool HQ and chopped it up for an hour. Well, out of nowhere, Logan decided to use KFC Radio to announce the challenge for his next fight. Looked DEAD into the camera which was not running because I was alone behind the board and recorded the podcast video on a memory card that was already full, and challenged AB Boomin to an official match. Honestly, I don’t know why he didn’t make this announcement on his own platform, but I’m grateful he chose mine. I think it’s only fair that I referee this thing too. Put me right in the middle with some latex gloves and a bow tie. LETS GET IT ON!

I’d say let’s do it in Rough N Rowdy, but in the words of Logan “I’m a DAZN fighter and they’ve got BAGS.” So until we have that DAZN money I think we’ll have to just be viewers on this one. And my oh my, how many viewers there’d be. When you take into account how much interest and publicity - good or bad - AB has stirred up in the sports/mainstream world, and then combine that with how much interest and publicity - good or bad - Logan Paul has garnered in the internet/digital world, that’s the most explosive combo ever for a pay per view event like this. And both guys have played the bad guy before and have so many haters, that no matter what the outcome is, the viewer at home is the real winner. No matter who wins and who loses the audience will be satisfied. You know, it’s wild…I never thought Rough N Rowdy was going to be as big as it is. But the world has fallen in love with the world of MMA and the internet seems to be embracing this pseudo-amateur fight night angle in a major way. Not a coincidence that Barstool and a dude like Logan Paul are leading the way capitalizing on that trend.

So AB stands at 5’10 186…which is gonna be a problem. Logan stands at 6’2, and weighed in at 189 for his last fight. Significant height difference, negligible weight difference. Although I think that fight weight is quite quite different than right now. But the true tale of the tape is really which corner garners the most hate and attention? This is all about money and ego and popularity so, which side do you think brings the most heat to this fight? The mainstream athlete who became the NFL’s most infamous clown this season, or the new age internet lightning rod who’s got just as many enemies as he does fans? I think with it being Logan’s 3rd match and the promotional machine that he is, that would be “his” fight. But the football fans it would attract and the mainstream coverage AB would bring to it turns it into a Sportscenter-type event and that’s fucking spectacular. And both guys have played the villain-with-the-explosive-personality role so well, both guys are so aware of growing their brand, and both fucking love money. So I don’t see why this fight isn’t scheduled yet.

I doubt it ever happens because we know AB loves to do nothing more than run his mouth on Twitter. It’s also a crazy move for AB to enter into a fight with a young white boy who is much bigger than him and will probably whip his ass. In AB’s mind, he’s got nothing to gain and everything to lose in his eyes being an NFL superstar. The problem is…he’s not that anymore. He’s gonna need a paycheck and his regular dose of fame and attention soon. And if it ain’t coming from a pro football team, the next best place is in the ring. If this was a couple seasons from now, I think it’s a no doubter. When AB’s agent comes to him and says “it’s either Dancing With The Stars, another round of the Masked Singer, or this.” But, just think about it, AB. Are you really above this anymore?