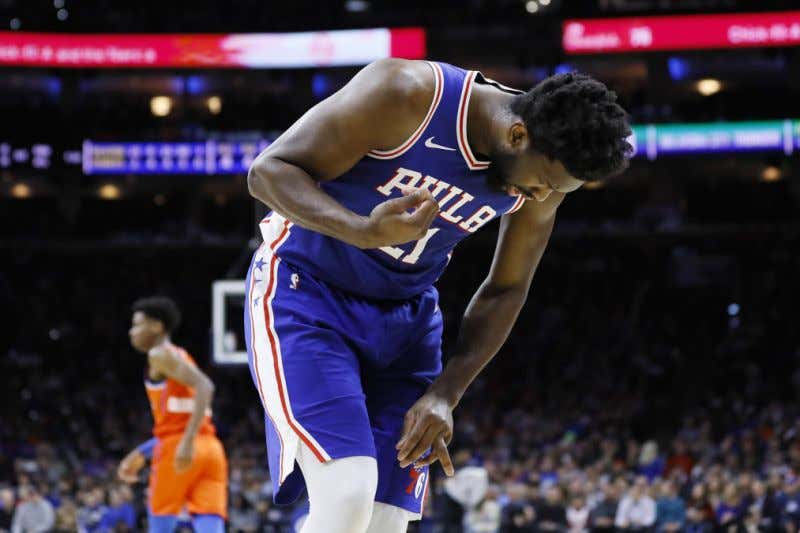 Things hadn't necessarily been going great for the Philadelphia 76ers men's professional basketball team as of late. They lost 4 straight games after Christmas, and they looked like total dog shit in the last 2. So the team gets home after that abysmal 4-game road trip and they have the Thunder coming to town, who were winners of their last 5. Not exactly the type of cupcake matchup you'd be hoping for to get yourself out of a slump.

Especially not when Joel Embiid's finger was looking like this in the 1st quarter... 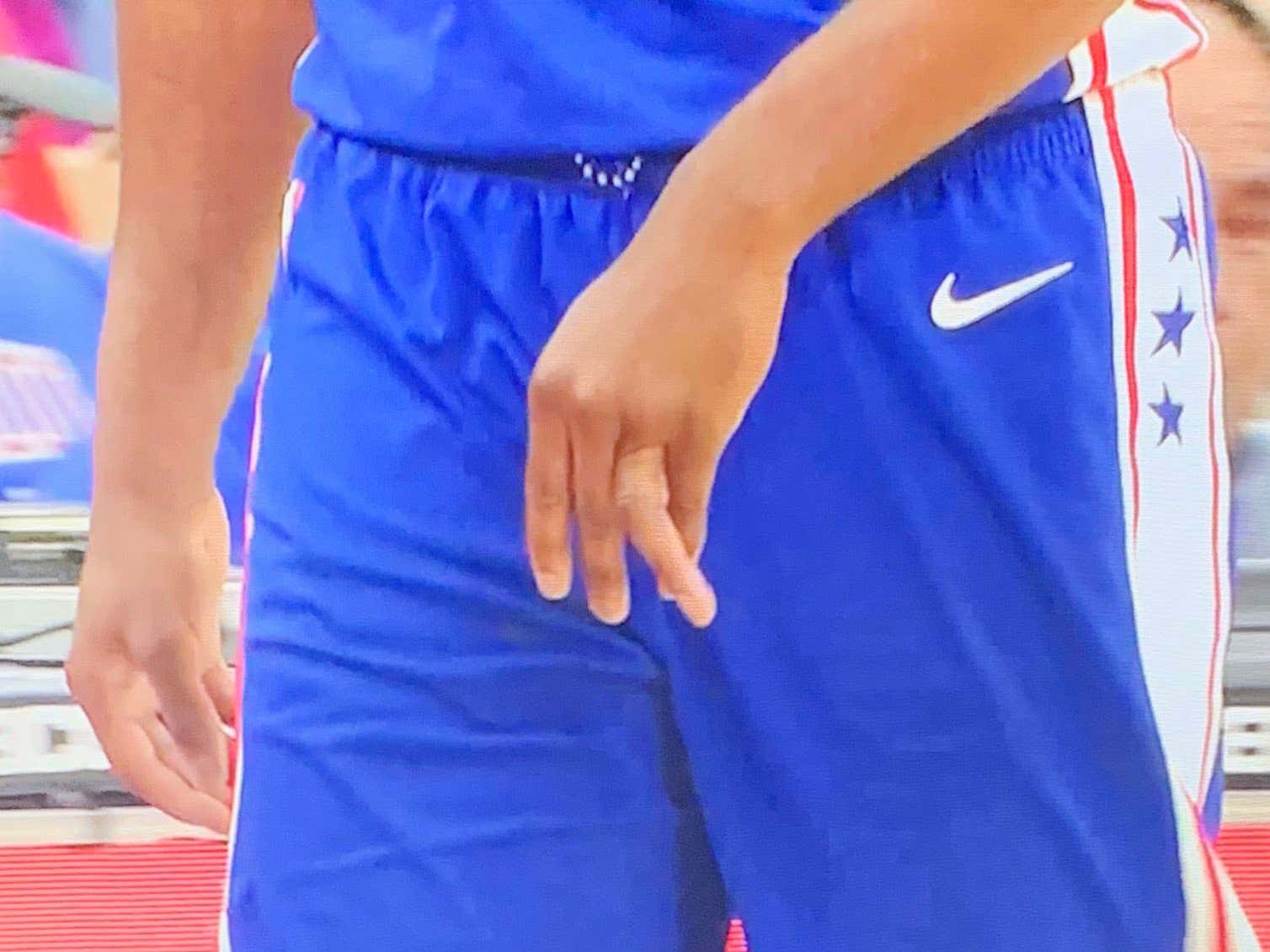 Pretty friggin' gross! It was so gruesome that I don't think anybody would blame Joel Embiid if he had just called it a night after that. I mean his finger looked like the exorcist. At the very least, I don't think anybody would blame Joel Embiid for crying. But guess what, folks? Joel Embiid didn't even shed a single tear. Or at least not while he was still on the floor. Maybe he got a little cry in while he was getting fixed up in the locker room, but even then it would have been a maximum of a 10 minute cry.

Could you imagine how much LeBron would cry if he looked down and this is what his hand looked like?

But not Joel Embiid. Because JoJo may have been born with the size of a basketball player, but he was given the heart of a hockey player. So not a single tear was shed and he barely missed any time before getting right back out on the court. You think a little ring finger 540 is going to stop Joel Embiid from putting up a casual 18/9/8 to break the Sixers out of their slump? Think again, compadre. Because Joel Embiid isn't just any ordinary NBA superstar. He's the most hockey tough son of a bitch the game has seen. The only thing stopping this man from getting out on that floor every night is when he occasionally eats way too much Shake Shack the day before. But I think we can all relate to that.