TikTok is all the rage with the young kids. You may have noticed it over the holidays with your 16-year-old cousins doing weird dancing moves in front of their camera or maybe you've just seen KenJack's videos on Twitter.

Just like anything in this world, there is a TikTok hierarchy. The top of TikTok is a little thing called the Hype House.

If you are a star on TikTok, you eventually wanna get to the Hype House. It's just how it works.

So, what the hell is the Hype House?

SOURCE-Four of the group’s 19 members live in the house full time; several others keep rooms to crash in when they are in town. And all day long, a stream of influential young internet stars come by to pay homage to the new guard.

Hype House was formed in December by some of TikTok’s most talked-about stars. They introduced themselves with a Backstreet Boys-esque photo shoot, and within minutes #hypehouse began trending; videos including the hashtag #hypehouse have accrued nearly 100 million views on TikTok.

What do they do at said Hype House?

Collab houses are beneficial to influencers in lots of ways. Living together allows for more teamwork, which means faster growth, and creators can provide emotional support for what can be a grueling career.

“It’s a brilliant move for power players on these platforms to lift each other up,” said Sam Sheffer, a YouTuber and technologist. “‘Elevate others to elevate yourself’ is a saying, and it really rings true with this new generation of TikTokers.”

“From a management perspective, it’s great,” he added. “It just means all the kids will focus on content.”

Charli was the first to ever receive "the hype." A 15-year-old from Connecticut, she has over 16,000,000 followers on TikTok after starting just filming herself dancing in her room.

Dixie is pretty much known for being Charli's sister. The 18-year-old is slated to go to Alabama next year according to her profile.

Along with her sister, Charli has made her parents famous too:

Dixie and Charli recently left the hype house to return to high school.

The thought on the TikTok streets is that Charli & Huddy are dating. Although, according to the New York Times, they are just "best friends:"

The undisputed star of the group is Charli D’Amelio, a 15-year-old from Connecticut known as the reigning queen of TikTok. She and Chase appear to be dating; the two most often speak of each other as best friends.

Addison, 19, has 9 million followers and has also taken her mother to fame:

The Hype House was Thomas and Lil Huddy's idea. Thomas is one of the many guys in the house with the dangling cross earing: 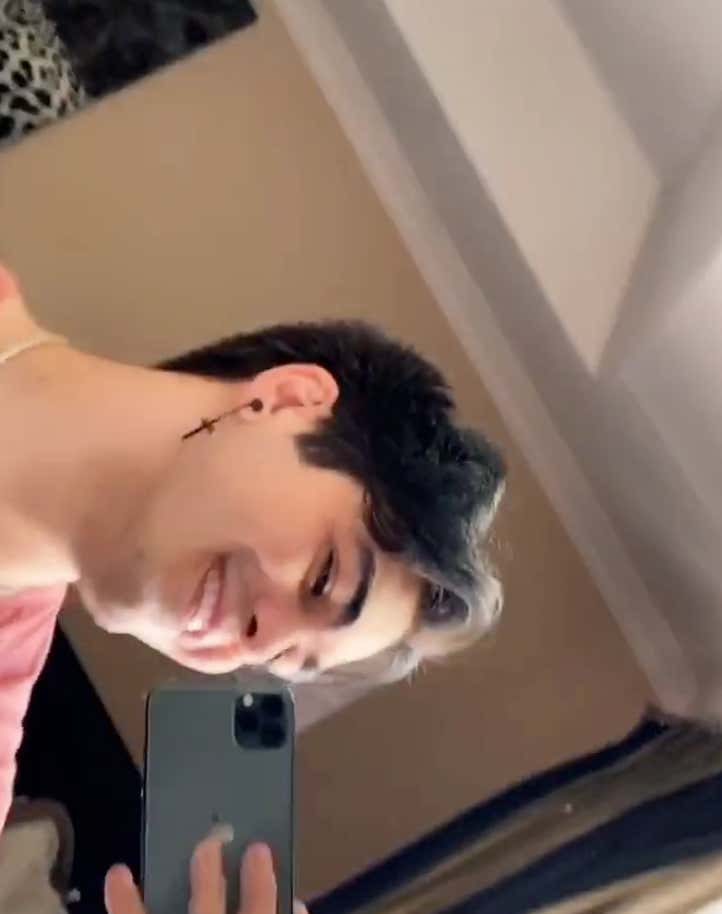 These are very cool now. If you see a kid wearing them, be very afraid.

She is one of the 4 people who live at the house full time. Being 20, she's the defacto mom of the house.

The remaining roster is a bunch of guys who look the exact same: 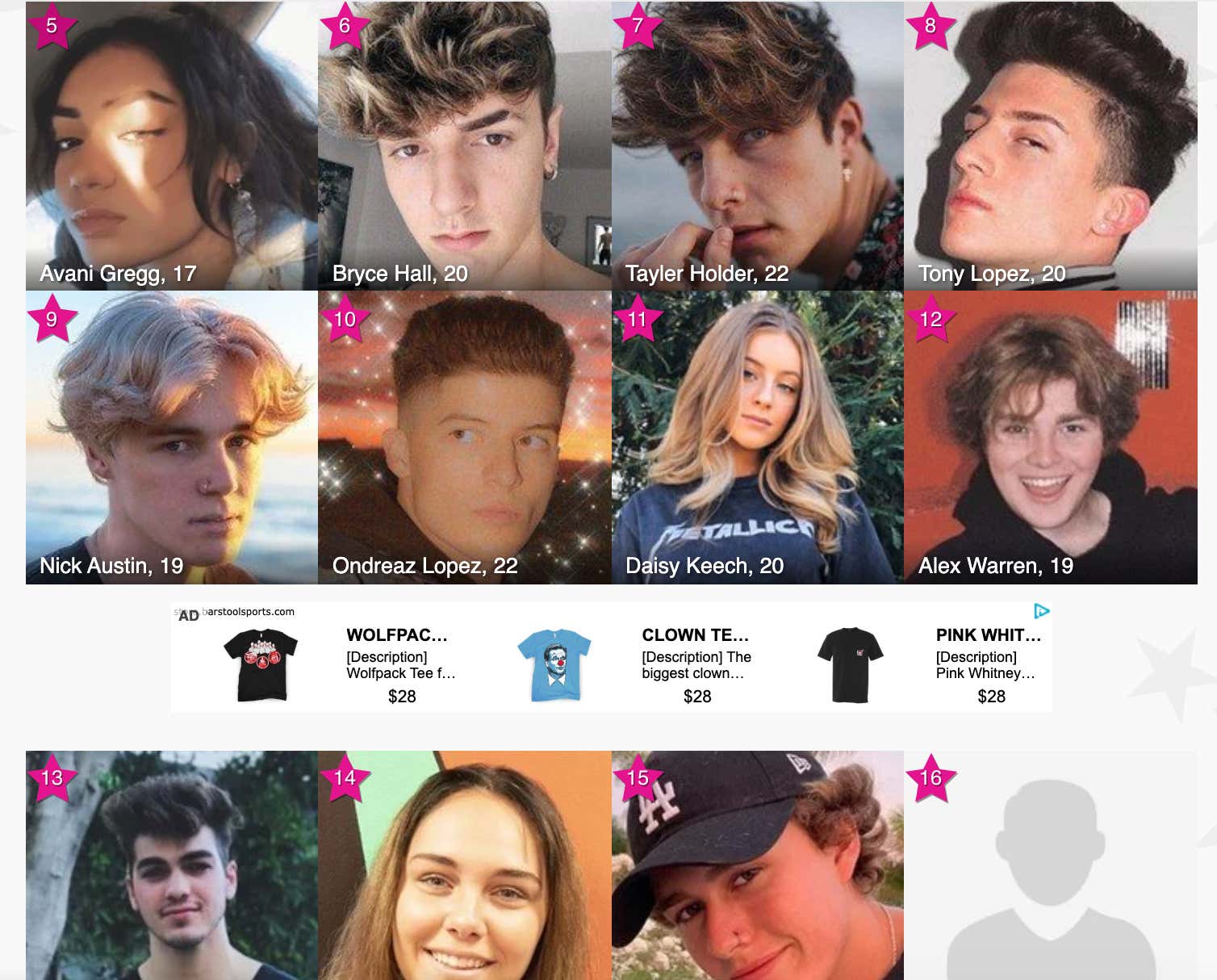 These stars make A LOT of money. According to Influencer Marketing Hub, these are the $ made: 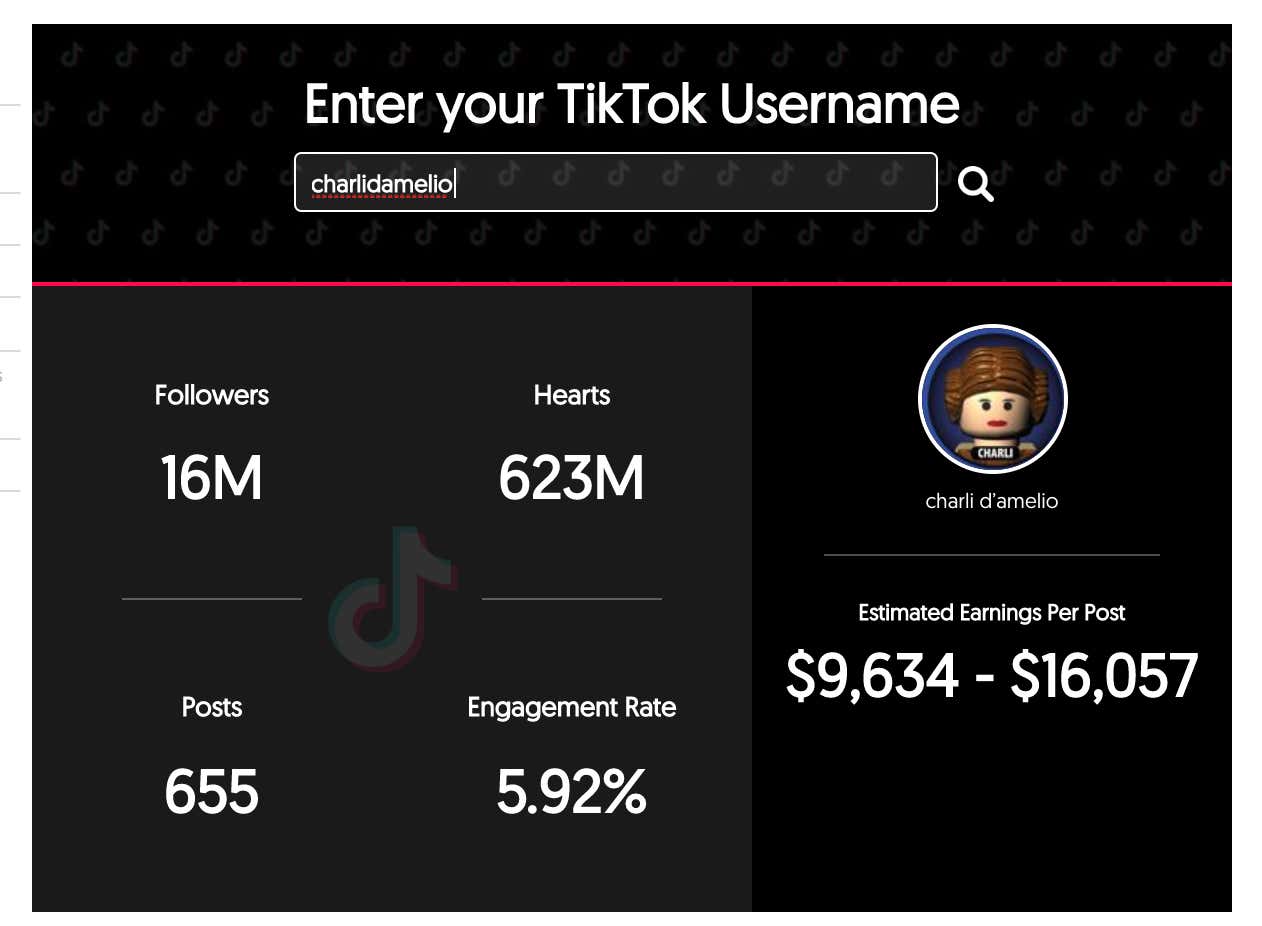 So, you may be thinking, what goes into a viral TikTok?

Finding the right location for the house was key. A good collab house has lots of natural light, open space and is far from prying neighbors. A gated community is ideal, to prevent swarms of fans from showing up.

Brent Rivera, a YouTube star with more than 17 million followers on TikTok who also runs a talent incubator, said the perfect collab house “needs to be big, and the more amenities the better, like a pool, nice bathroom, nice lighting, big back and front yard, room for activities and fun stuff you can do inside or outside.”

It is actually difficult to find a Hype House in LA:

Residents also must be able to film. Many influencers prefer the short-term rental structure of Airbnb, in part because obtaining a lease can be tough when you’re young and have an unpredictable income.

But unfortunately many Airbnbs in Los Angeles have a no-filming rule. (Homeowners worry about, among other things, tripods scratching the floors and the potential property damage that comes with YouTube stunts.)

The house does have strict rules, however. Creators can have friends over, but it is not a party house. If you break something, you have 15 days to replace it. And if you want to be a part of the group, you need to churn out content daily.

“If someone slips up constantly, they’ll not be a part of this team anymore,” Thomas said. “You can’t come and stay with us for a week and not make any videos, it’s not going to work. This whole house is designed for productivity. If you want to party, there’s hundreds of houses that throw parties in L.A. every weekend. We don’t want to be that. It’s not in line with anyone in this house’s brand. This house is about creating something big, and you can’t do that if you’re going out on the weekends.”

I'd honestly watch a Hard Knocks style video about the Hype House if there were scenes where TikTok stars got cut like NFL players:

And even since the arrival of Hype House, many other TikTok collectives have been making plans to take on Los Angeles. Some TikTokers began discussing a Melanin Mansion for black creators, noting that Hype House is predominately white.

Cabin Six, an L.G.B.T.-focused collective, held public auditions on TikTok last week, as did Diversity University, another TikTok group with plans to organize in Los Angeles in March.

Imagine thinking the HypeHouse would not get got by the SJW police.

Because everyone just moved in, Hype House is also nearly without furniture, which makes shooting easier.

Oh, so they are living like crack heads? Gotcha.

This is the value for young people: If you want to immerse yourself in influencer and internet culture, there’s no better place to be. Chase, Thomas, Charli and other members of Hype House are aware of how lucky they are, how fleeting fame can be, and they don’t want to squander the opportunity.

It's going to be so much fun when this Hype House eventually breaks apart. The drama from it is going to be A+.