Little true or false test here on a Monday afternoon. Was this guy – this guy here: 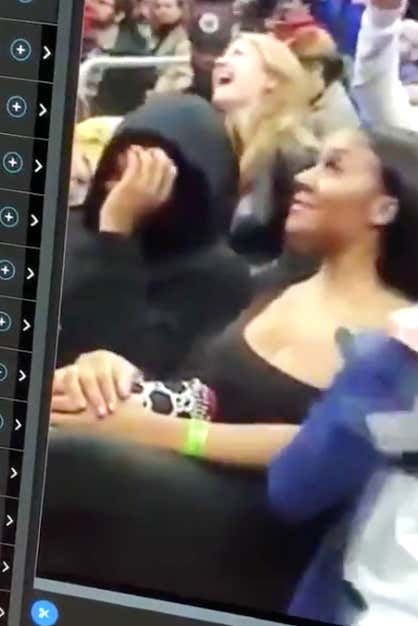 Based on Twitter replies, the correct guess is true!

Most of the time I feel like we can base technology for shit like this. You get busted because of the cloud or because of a password gone wrong. Whatever it might be 9 out of 10 times someone gets busted with a sidepiece these days it’s due to technology. It’s just a classic 2020 relationship pitfall. What you typically don’t get anymore is someone showing up near the floor at a Wizards game with someone he’s not supposed to be with (allegedly, of course).

Here’s the worst part. You get caught at the Wizards game! The Wizards suck. They are out here playing guys like Garrison Mathews, Ish Smith and Anzejs Pasecniks (a real person, I swear). At least you got to see them beat the Nuggets though? That’s a positive I guess.