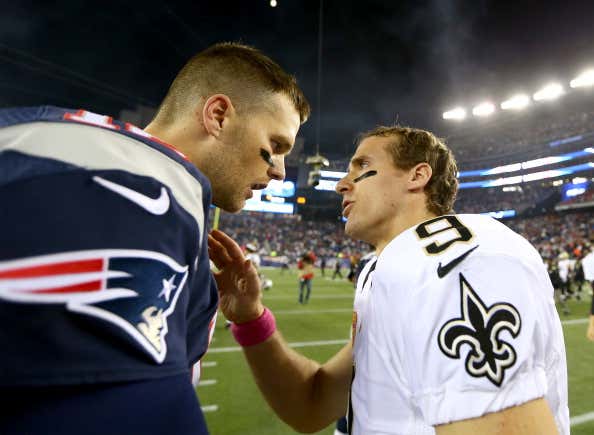 Stop me if you’ve heard this before:

A Super Bowl champion franchise. A long term head coach with a reputation as an innovative genius. An age-defying quarterback in his 40s who’s one of the two most prolific passers in NFL history trying to grab another ring before he retires. The team wins as many games as they did last year, but due to the vagaries of the league, they end up playing Wild Card weekend. The offense struggles. The QB under performs, with under 210 passing yards. They lose at home to a No. 6 seed and a quarterback who’d never won a playoff game before.

It does to me. And I feel genuinely bad for the Saints.

I mean that. I’ve said before, there’s a kinship between the Saints and Patriots that can only exist among franchises that suffered for a long time, became successful, have like-minded coaches and are supported by a fanbase of high-functioning alcoholics. Plus, know what it’s like to be screwed over by a tyrant. 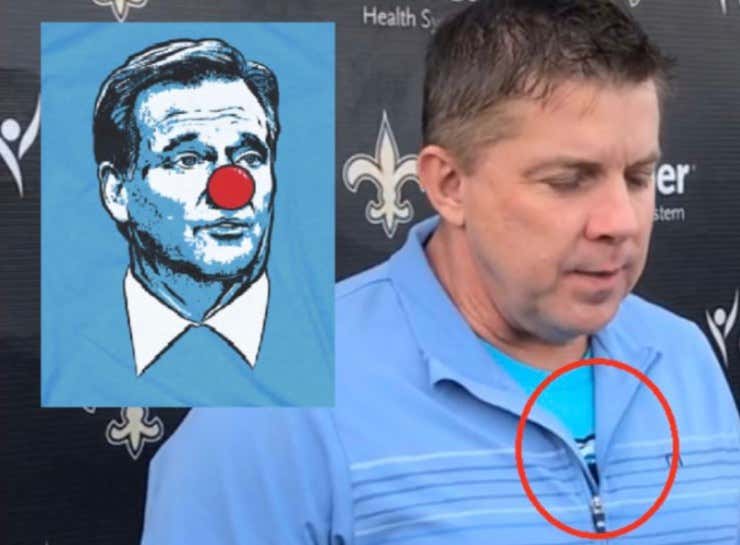 So this is in no way a knock on the Saints when I ask, where’s all the talk about it being over for them?

Try for yourself. Google it. Twitter search it. Use the term “Saints finished” and you’ll get a hundred hits about the finish of yesterday’s game. Try “Saints over” and it’s betting lines or about the game going into overtime. I thought I’d give it until midday today and check the morning shows. Crickets. No Max Kellerman gleefully shouting about Drew Brees going over the cliff his mouth has been explosive diarrheaing about for the last three years. No Nick Wright on FS1 saying the Saints run of success is over, with a gleam in his crazy R-rated comedy club Hypnotist eyes.

Mostly what you’ll find is complaining that it should’ve been OPI on the touchdown that won it and the idea that the overtime rules are unfair to Drew Brees:

The closest I’ve been able to come to anything suggesting that this was anything more than just a garden variety setback for the Saints and Hey, ya can’t win ‘em all is this:

And without even clicking the link I’ll just say that there’s a million light year’s difference between Brees “running out of chances” and Tom Brady being permanently and irredeemably finished in New England. Especially given that the two are barely 17 months apart in age.

Believe me, I’m not mad. I’m just left in a position where once again I have to point out that there are two standards in team sports: One for the Patriots and one for everyone else. It’s a byproduct of their incomparable success. They don’t have the luxury of just simply losing and saying “We’ll get it next year” the way a very good team like New Orleans can. There are no media imbeciles hovering around Drew Brees waiting for his career to end like the death cat in a nursing home the way they are for Brady. And I can’t imagine how much worse it would be for Brady if his last championship was 10 years ago like Brees’ was.

And if you think that’s because they have different contract statuses, you better check yourself. Because they are in exactly the same situation employment wise. In fact, Brady’s contract was based on Brees’. There’s a ton of agentspeak in here about cap hits and dead money and guarantees, so Warning: Don’t read if you’re operating heavy machinery. But the upshot is this:

The league’s two oldest quarterbacks are now linked contractually. Brady, who just turned 42, got an $8 million raise from $15 million to $23 million for this season with the reworked contract he signed earlier in the week. Brees is making $23 million in final year of the two-year contract he signed in 2018. … Brees’ most recent contracts with the Saints were seemingly used a template for Brady’s.

Same type of players. Same type of teams. Same regular season success this year. Same playoff failure. Same contract situations. But one is just going home to get ready for 2020 while the other is being metaphorically held at gunpoint and proverbially forced to dig his own grave.

Again, I was pulling for the Saints. I wanted to see them right the wrong that was done to them last year. This is not on them. It’s just the difference in the way these two teams is being treated is hypocritical to the point of hilarity. Keep doing that Double Standard, America.