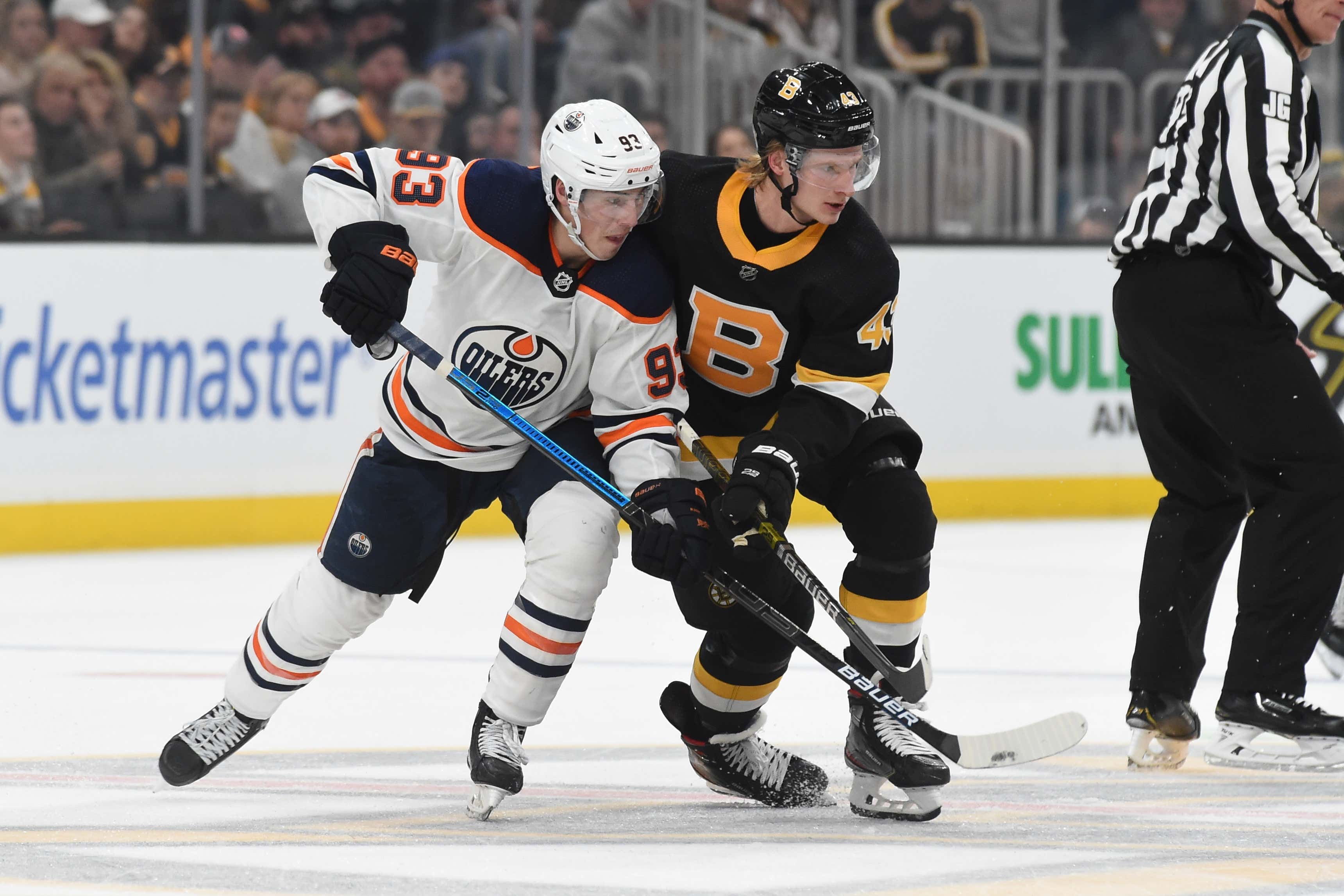 Despite coming out flying in the 1st period with a PPG, the Bruins squandered their lead (once again) with two NOTHING plays in the second period that ultimately lost them the game. A miss-pass from Jake DeBrusk directly onto the stick to Gaetan Haas was bad, and then Darnell Nurse scoring a horrible angle goal with 6 seconds left in the 2nd period to make it 2-1 Oilers seemed to be the nail in the coffin. A Connor McDavid goal (all alone) sealed the deal early in the 3rd. No answer.

The Bruins as of late... score, get lead, squander lead, shoot themselves in the foot, lose game. Today's matinee vs. Edmonton was no different.

Early in the 1st Leon Draisaitl popped Torey Krug with an elbow to the face..

5 seconds into the PP David Pastrnak opened the scoring.

Gaetan Haas tied the game in the 2nd after a brutal turnover from Jake DeBrusk. 1-1.

With 6 seconds to go in the 2nd, a Darnell Nurse shot sneaks through Jaro Halak to make it 2-1 Oilers. Bad goal for Halak to give up.

Connor McDavid in all alone. 3-1 Oilers early in the 3rd.

- No. 31 for David Pastrnak on the PP today. Took all of 5 seconds for him to score on the man up.

- Two turning point plays in the 2nd - Jake DeBrusk's mishap the led to Haas' game tying goal and Jaro Halak's softy allowing a bad angle goal from Darnell Nurse for the Oilers to take the 2-1 lead into the 3rd. Two such nothing plays that should have been avoided, yet the Bruins found themselves down 2-1 heading into the final frame despite a strong first half of the game.

- Leaving Connor McDavid all alone is a bold defensive strategy that I do not suggest.

- The Power Play is on fire. 10 straight games with a PPG. Couldn't convert on the man advantage in the 3rd though.

- Flu Game - lots of players banged up with illnesses… Chara and Marchand missed practice yesterday due to illness and Matt Grzelcyk did not play tonight due to illness. Steven Kampfer slotted in for him, thought Kampfer did his job well.

The B's will look to get their first win of 2020 on Tuesday night when they head to Nashville to take on the Predators.