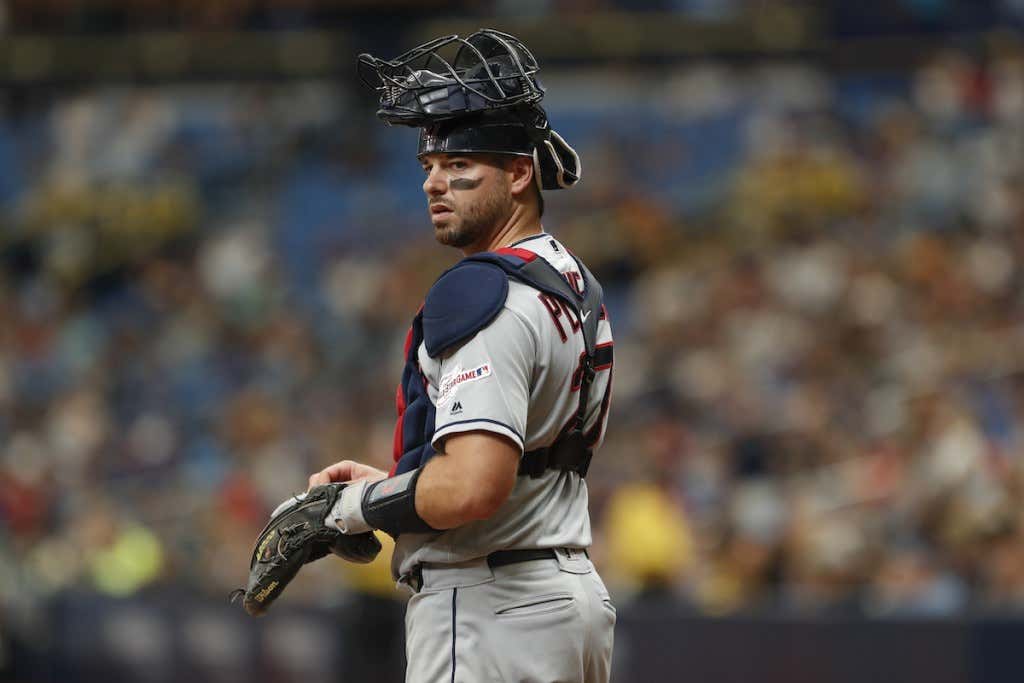 This signing got dropped on Section 10 two episodes ago. Not a big deal. No, like it actually isn’t a big deal. Who cares.

The Red Sox traded Sandy Leon a month ago because he was due to make $2 million in arbitration and he struggled mightily offensively. Chaim Bloom wisely decided that if he wanted a backup catcher with a negative WAR on his roster that he could get one for cheaper, and he was right! Leon accounted for -0.5 WAR in 2019, and now they’ve got Kevin Plawecki as their new backup catcher, who had a -0.1 WAR for Cleveland last year. And he comes at a cost of just $900,000. Another notable signing for the Oakland Red Sox.

And listen — I get why the Red Sox are doing this. I understand why this offseason has been so boring and why it has inspired zero optimism for 2020. I actually support what they’re doing, because the penalties continue to get stiffer and stiffer as the consecutive years over the luxury tax threshold continue to build up. Cutting payroll is a necessary evil, as we’re now suffering the true cost of that 2018 World Series title. I get it.

That doesn’t mean that I can’t be salty about it, because let’s face it — I’m a naturally salty person. I don’t like losing. I like it even less when my mortal enemies are winning. That’s what’s happening here. The Red Sox are financially handcuffed, which is preventing them from improving a roster that wasn’t good enough to make the postseason in 2019, all while Red Sox fans are watching the Yankees spend boatloads of money on generational talent. It hasn’t been fun. Admittedly, it has been quite painful. The cost of actually winning a World Series this past decade. Two, if we’re speaking factually.

But just as Dave Dombrowski was brought in to spend wildly and deal from a stocked farm system to win a championship, Bloom is simply following suit and doing what’s been asked of him after his hiring. He doesn’t have a bottomless pit of John Henry’s money to spend, and he doesn’t have a tank of talented prospects to trade in exchange for proven major league talent. Instead, he’s been asked to cut payroll without completely punting on the 2020 season. That’s not an easy task whatsoever.

This offseason has been death by a million paper cuts. Cheap signing here, cheap signing there. Trade rumor here, trade rumor there. But none of those trade rumors have amounted to anything in the first two months of the offseason. Mookie Betts is still on the Red Sox, and I’m starting to get the sense that that’ll be the case come Opening Day.

That doesn’t mean a big move isn’t coming though, because you don’t make all these little, cheap signings in an attempt to get under the luxury tax threshold, to not then make the big move that actually puts you under it. So, the “big move” still looms over this organization and a David Price trade seems the most likely scenario.

There are still teams that need pitching and the Red Sox can make Price an attractive trade piece if they were to eat roughly $36 million to drop the left-hander’s average annual value down to $20 million. But even if they do that, they still won’t be under the luxury tax threshold, so who goes next? Nathan Eovaldi? Jackie Bradley Jr.? Whatever the answer is, logic would tell you that if you continue to remove valuable players from the roster, then how could the team possibly get better by doing that? It can’t. Or maybe I’m just not “seeing the vision” or some shit like that.

I’m willing to see this thing through. I made a promise to myself that I wouldn’t judge the Bloom Era after one season. I just want nothing to do with a bridge year and that’s all 2020 feels like at this current juncture.