Got a couple year-end posts scheduled to run tomorrow but here's an appetizer while you're getting ready to head out for NYE.

3 — Whitney Cummings Was Getting Extorted For Photos Of Her Boobs, So She Just Tweeted Them Out On Her Own

Absolute boss bitch move from Whitney Cummings.  Saw this happen with Bella Thorne a couple months ago - creepy scumbags threatening to release her nudes and demanding money for them, so she just blasted them out herself. On her own terms.  Now Whitney is following suit: 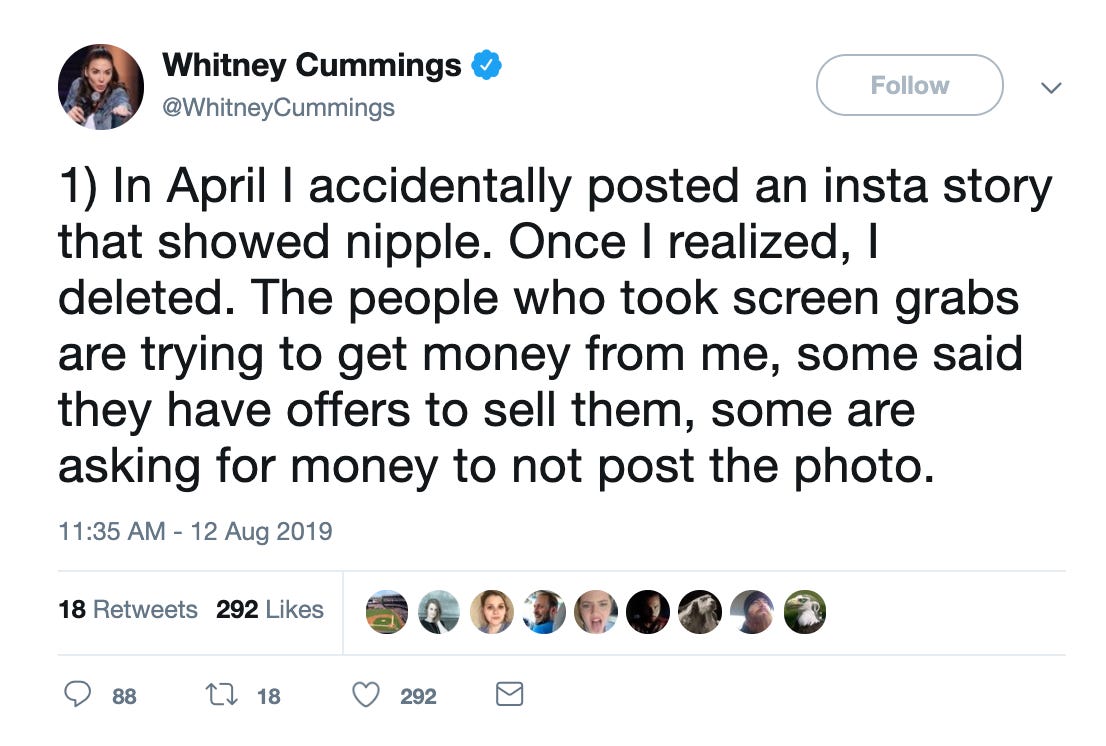 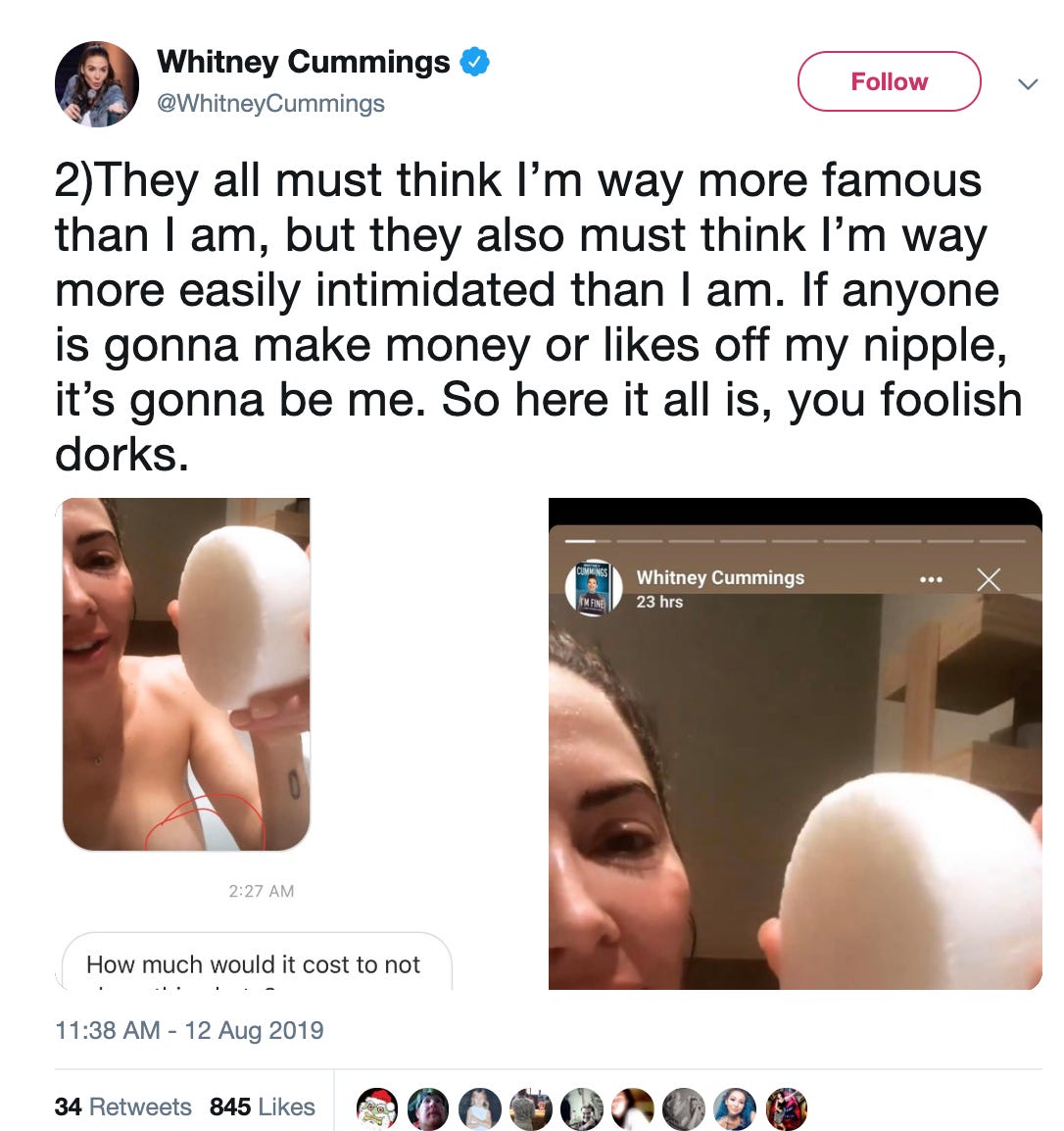 Never seen someone's stock raise so far so fast in the span of a week, blazing through Barstool Sports one day, dropping boob pictures on Twitter in the most badass empowering way possible the next.

**Editor's Note: Ok all the tweets are deleted and KFC's backup thread is also unavailable so this was kind of a bust. So just use your imagination or consider yourself a lucky loyal reader for seeing it at the time. At least shout out to Gay Pat for the veteran move of using screenshots to supplement the video * 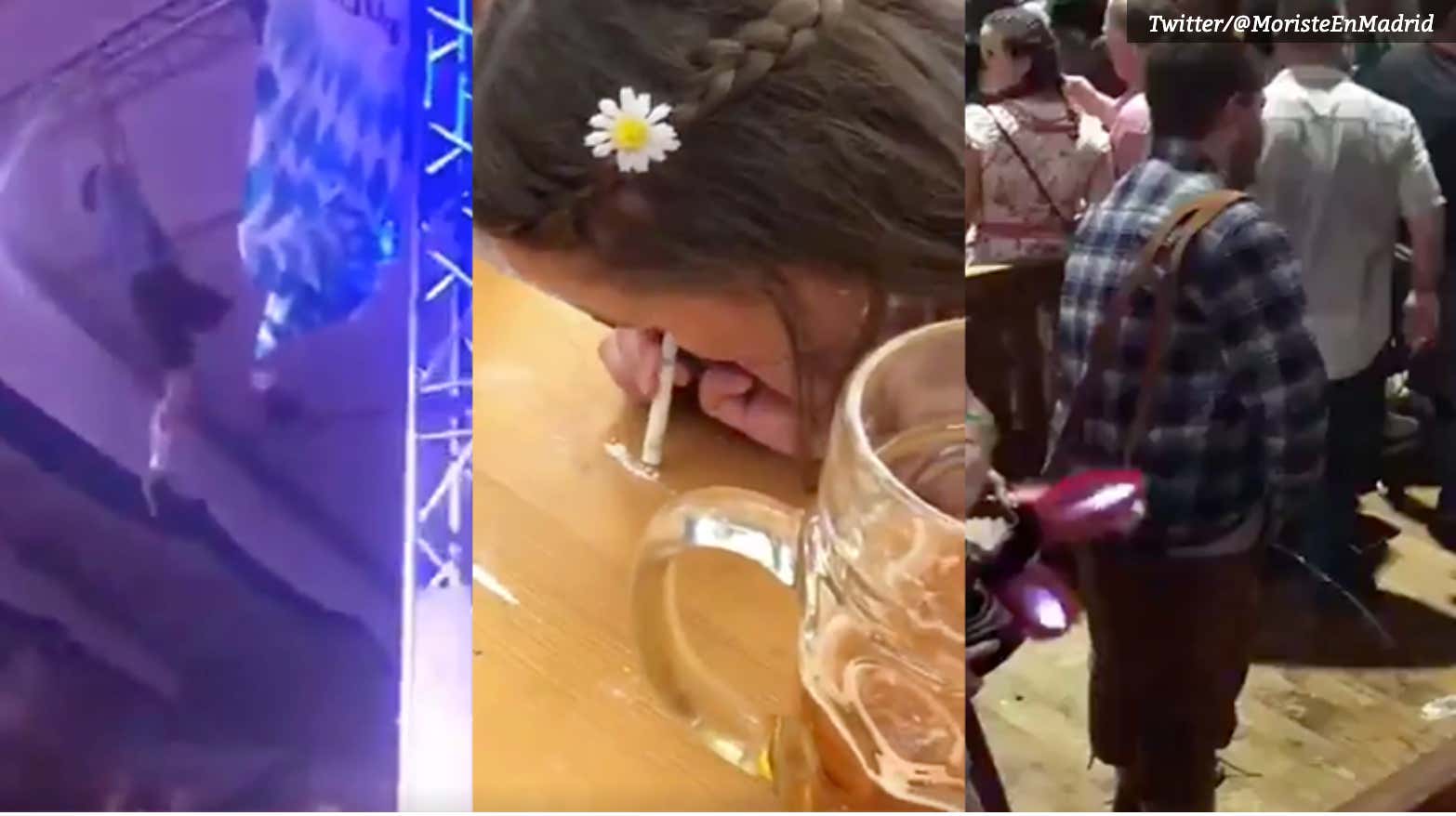 Note: If you're at work, don't watch this right now. There's nudity, drug usage, and overall debauchery that'll probably get you fired. I actually had to leave out a few of the tweets because they were too much. I translated them the best I (Google) could. Here you go…

"Germany is like the convention of the most deranged and degenerated people in the world, calm as if nothing, watch the videos."

TWEET TWO: "As if I had nothing on." (nsfw vagina)

TWEET THREE: "When you think you saw everything." (nsfw dick)

"What was going through his mind."

"When you can't find the #Ok bathroom."

Yeah- so I guess that's Oktoberfest. A drunken, cocaine-filled, bender with zero rules whatsoever. I have friends who have gone and told me how crazy it was, but it wasn't until this thread that I began to understand what they were talking about. It's wild because there's just zero shame in any of it. No one's sneaking off to the bathroom to do drugs, no ones even going to the bathroom to go to the bathroom. Everyone is just doing everything out in the open. I mean look at how fucked up this guy is… 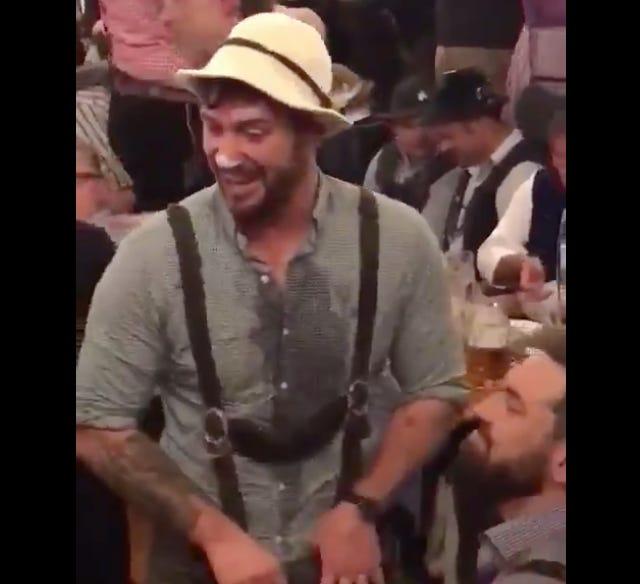 He smiling because he let his buddy do a line off of his dick, by the way. People are in the rafters… 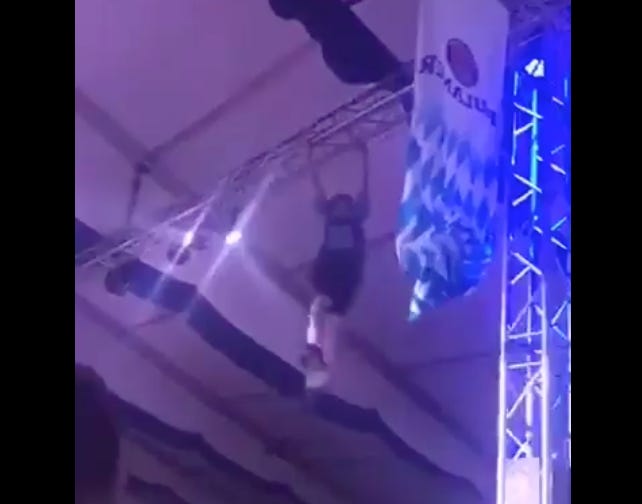 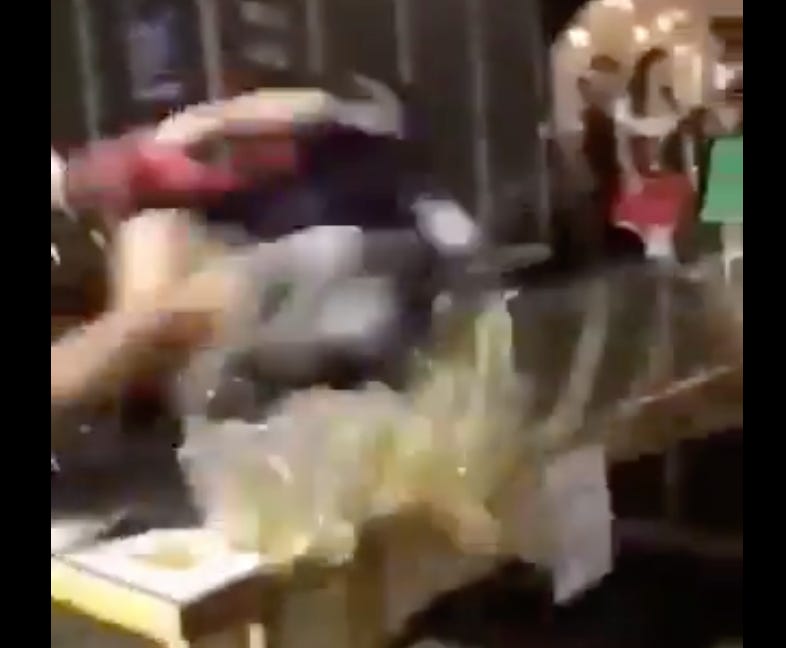 Walking through each others' pee streams.. 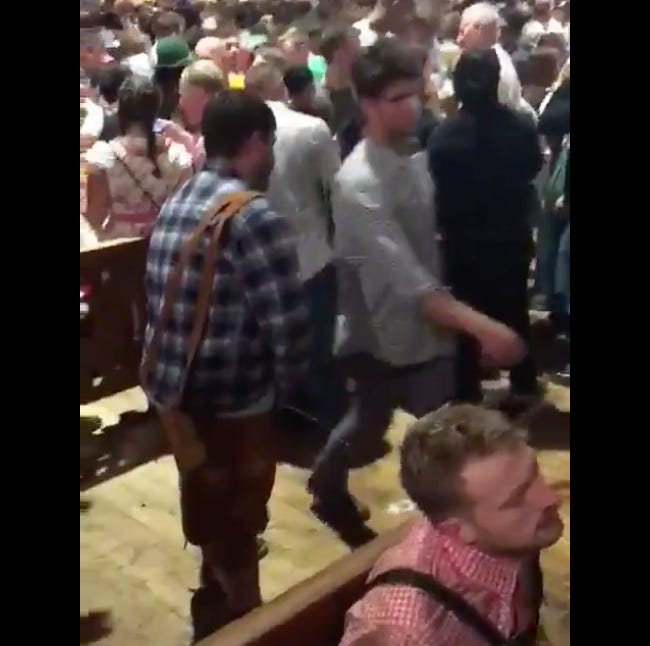 Everyone's lights were on, but no one was home. I'd like to know what the average BAC of people in that tent were. Keep in mind they were drinking BEER. Not liquor, beer. What a wild sight. Count me permanently out for Oktoberfest. Thoughts and prayers to everyone in that video, I'm sure the hangover is a doozy.

1 — Julia Rose Has Been Hereby Banned From All MLB Stadiums And Facilities, Indefinitely 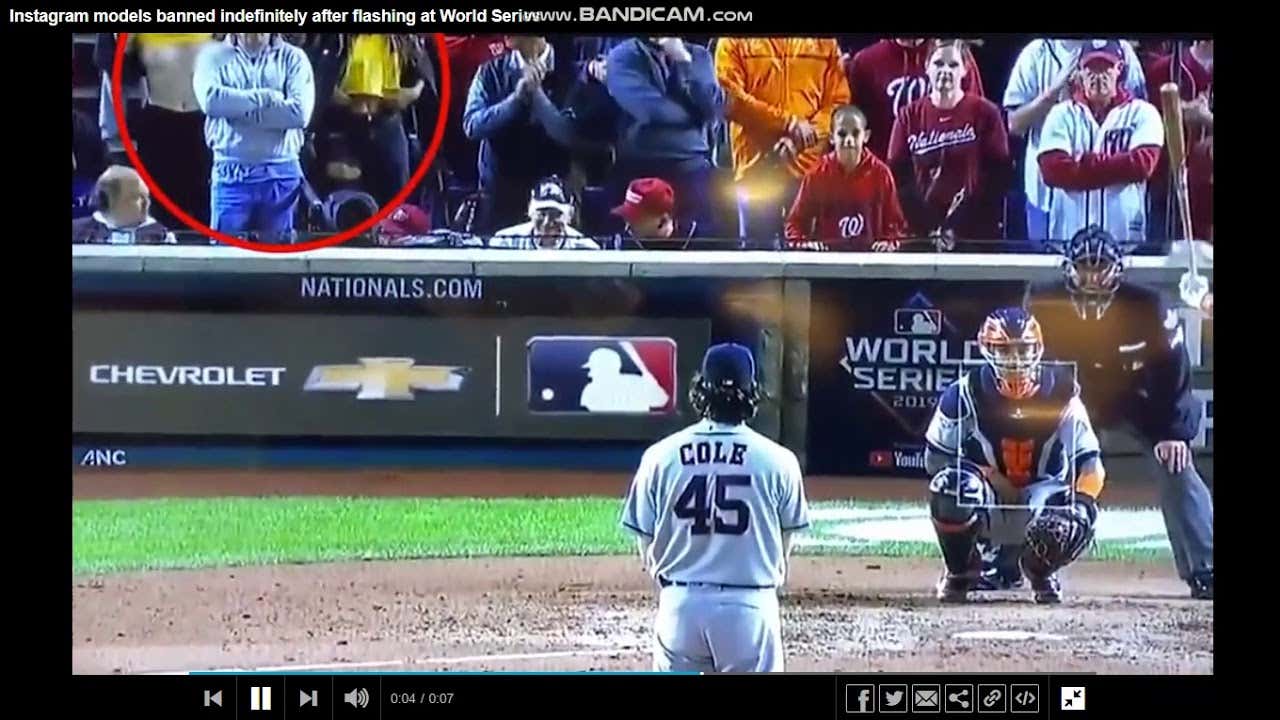 What ever happened to making baseball fun again?! Making the kids show interest?! And it's 2019 after all, aren't we all about equality these days? What, a young business owner can't show a little nip to spread the word about her new digital magazine, Shagmag?

And let's give it up for DC sports, by the way. The undisputed champion of hot girls flashing during championship events. How can one forget one of the greatest pictures ever taken at a sporting event 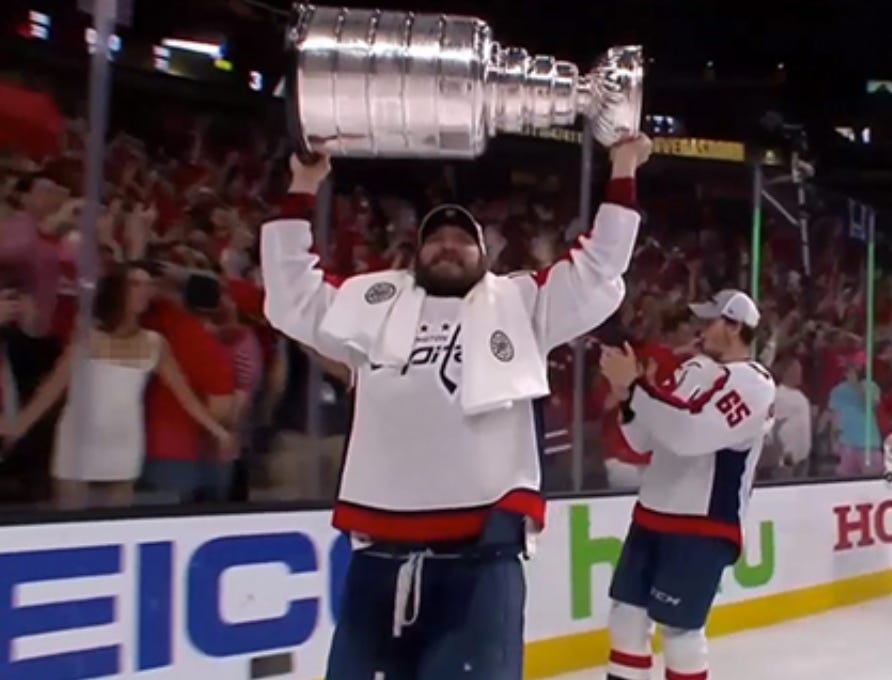 Think the NHL banned her? Absolutely not!

Just a shame how things are now "banned" and "illegal" and what not. Let's get Andrew Yang on this case. If he's president he'll legalize online poker and hopefully make titties legal again.

So Julia Rose, I hereby invite you to be my date to any Caps game you'd like. Let's show MLB they can't keep you down for long. Hmu.

That's it for now while I know I have about 17.349 seconds of your time (source Google Analytics) —  got a bunch more coming tomorrow so go enjoy your night. Happy New Year and see you next year (lol).