After going from Notre Dame to UConn to fired to Nebraska to fired to Louisiana Tech, Bob is back in the P5. 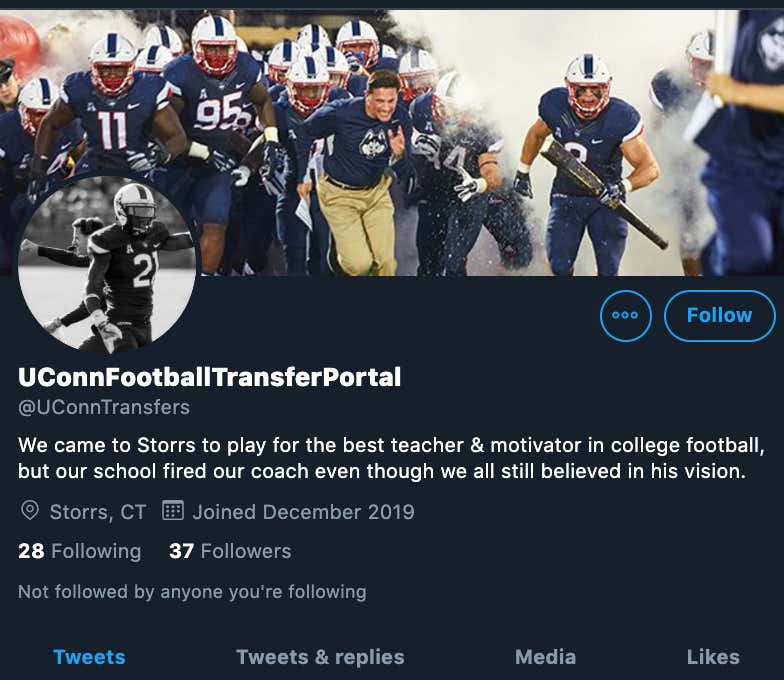 Then there is this thread, which shows every UConn player in the transfer portal, who decided to go to UConn while having offers from P5 schools:

My favorite tweet in that thread is about Donovan Williams, who is called a 4-star QB, but only had an offer from checks notes James Madison:

You may not know a lot about recruiting, but if you are a 4-star QB, you get more offers than from just James Madison.

Other former UConn players came out against this account and voiced their disapproval for Bob Diaco (again):

Bob Diaco's time at UConn was entertaining. They did make a bowl game in year 2, but year 3 was a complete shit show, finishing the season 3-9. From October 29th to the end of the season, UConn scored just 16 points in total. Did Diaco deserve an extra year? I mean they might as well of giving it to him. They had to buy him and out and brought in Randy Edsall for a retirement tour that has gone absolute terribly.

UConn football is a mess and it breaks my heart, but I still have hope. I think the move to be an Independent is massive.

P.s. If you don't know what the boneyard is, don't worry. That's because you have a life. The Boneyard is a UConn message board.