Like that dog can actually play Jenga. That dog isn’t pretending to play Jenga, that dog is playing Jenga with that human and trying to beat her. A stunning video to say the least. The dog is so gentle and sweet and thoughtful about which move to make next. There’s a stretch during the video where the dog is surveying the Jenga tower trying to decide what block to pull next that caused me say, “What the fuck is going on right now?” out loud to no one in my apartment. Those few seconds made me rethink everything I thought I knew about a dog’s brain power. Becasue we’ve seen videos in the past of dogs doing crazy shit but those always felt like the dog was only doing it because there was a treat on the other side of whatever human task they were being asked to perform. Not this time. The video above made it feel like it was the dog’s idea to play Jenga.

Remember the famous painting of the dogs playing poker? 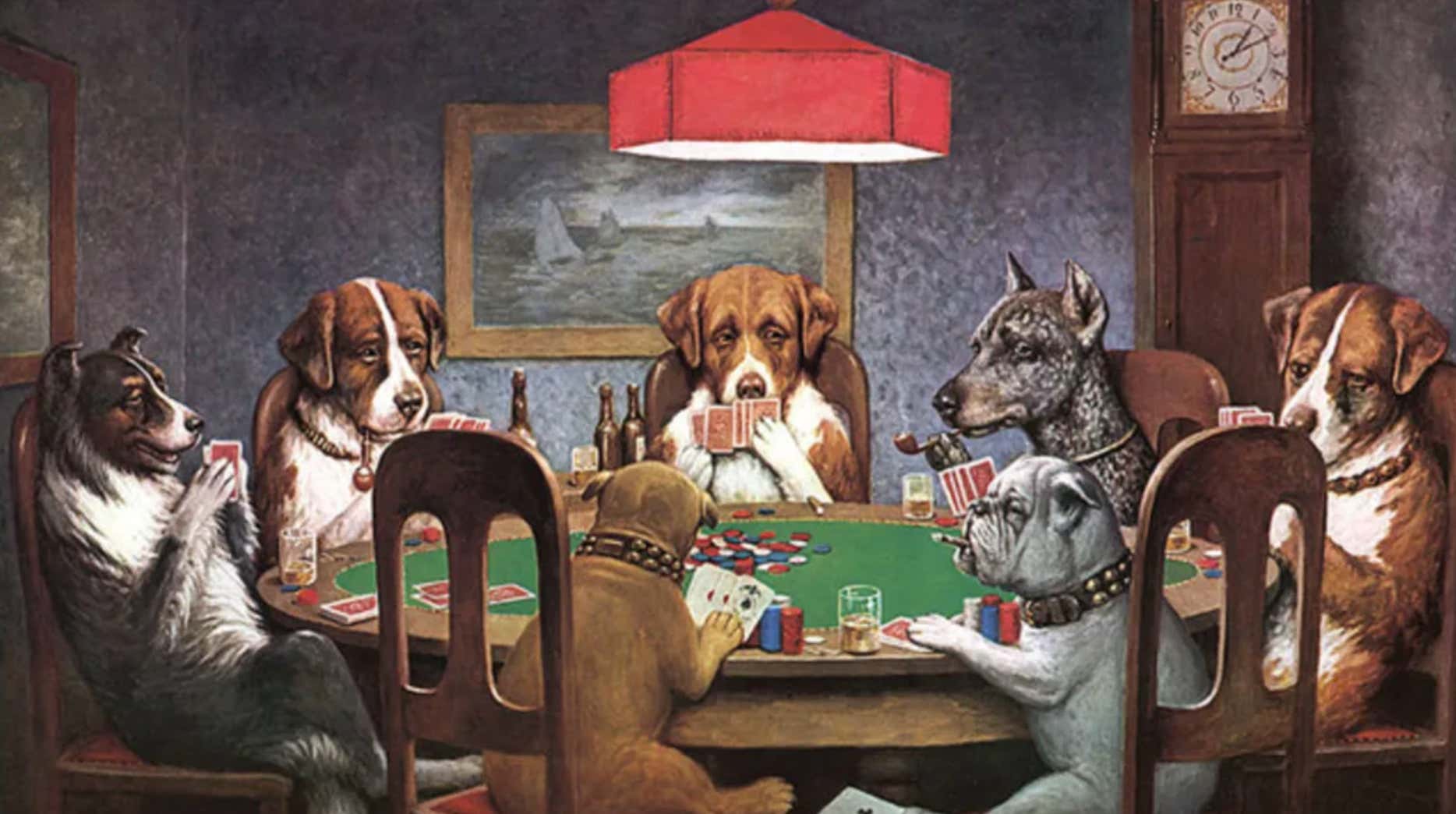 That painting was hilarious because of how ridiculous the thought of dogs playing poker was. Now? Now it’s not so funny. Now it feels like only a matter of time before dogs are showing up to the World Series of Poker and making it to the final table. Nothing is out of bounds now knowing what we know and what we know is that dogs are even smarter than we thought. They can sniff out drugs, find bombs, guard your house AND participate in your monthly game night. The sky is the limit after seeing that pup consciously play Jenga.