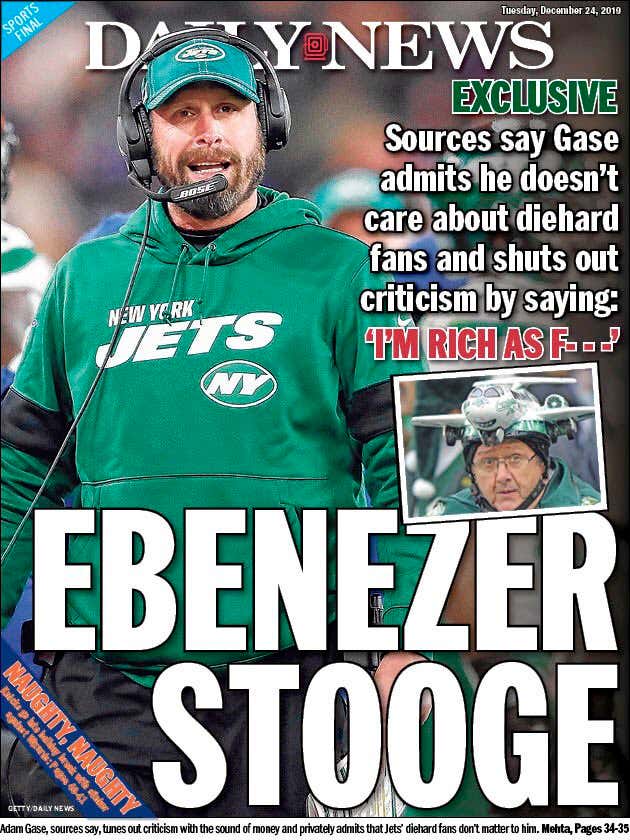 SOURCE-Adam Gase has a message for every long-suffering Jets fan, who has endured a lifetime of anguish: He doesn’t care about you. The Daily News has learned that the embattled head coach has privately told people for months that Gang Green diehards have never mattered to him. “I’m rich as f--k” has become Gase’s go-to line since taking over 11 months ago, according to sources. Gase has repeatedly said it to anyone that mentions the avalanche of criticism this year. It has become his defense mechanism. “He’s an insecure guy,” a Jets source told the News.

Merry Christmas, Jets fans! It looks like we have ourselves another failure in the coaching position.

At least he's a psychopath? I'd rather my football coach be a psychopath than not, but if you aren't winning and ruining a potential franchise QB then it doesn't really matter.

P.s. At least we can all laugh together at this Manish tweet: