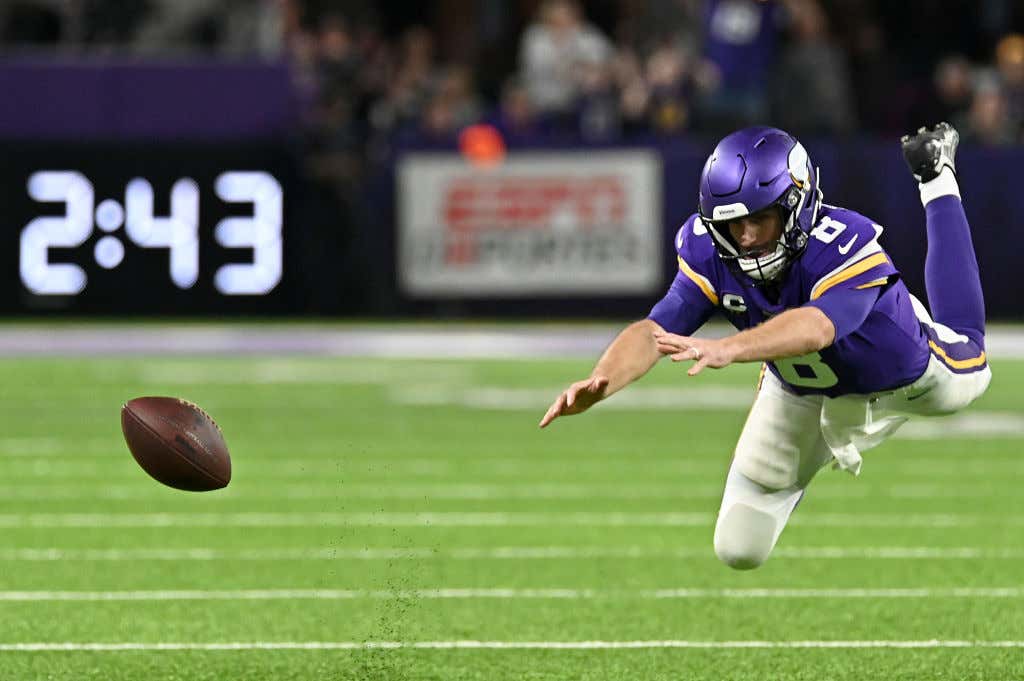 (Liz is going to have a full game breakdown coming any minute, I just wanted to focus on Kirk because it's too much fun)

Monday Night Football has been an American staple since it's creation. As a kid, you dreamed of playing in MNF in front of a national audience and being a star. The brights lights. The national exposure. The history. All the greats show up on Monday Night Football and cement their names in American households. Except for one man named Kirk.

I have a dog shit memory, but I'll never forget Favre against the Raiders in 2003 right after his dad died. 5 touchdowns, each more miraculous than the previous one. The legends show up on Mondays. Then there's Kirk Cousins. After his 23-10 loss on Monday to Green Bay, Kirky is now 0-9 career on MNF. The worst record in the history of football. 0 FOR NINE. Does Kirk Cousins hate America? It's certainly up for debate.

Cousins entered Monday absolutely red hot, to his credit. It's all everyone could talk about today. This was his night to get a big W over Aaron Rodgers on the big stage. His last 9 games had him throw for 20 TDS and 3 INTs. This was his time. Well, tonight he laid another beautiful egg. 16 for 31 122 yards 1 TD 1 INT. He's the biggest fraud in pro sports. There's no one who comes up empty in a big moment more than him.

Just when it seemed like things were finally headed Minnesota's way, after converting a 3rd and 18 over the middle, Cousins wound up and threw into double coverage as Kevin King picked him off. (Don't tell me Diggs was interfered with because he clearly flopped).

It's just so nice when you can constantly rely on a player to be that bad when it counts the most. Kirk Cousins is a joke. No one takes this guy seriously. I'll never not laugh while watching his interception during their week 4 game against Green Bay. 1st and goal. 5 minutes to go down 5. One of the worst throws imaginable in that spot.

The $84 million man! Love him. So does Preston Smith!

12-3. NFC North Champs. Safely in the 2 seed and a good chance to steal the NFC 1st overall seed if the Seahawks win next week and the Pack beat Detroit. Unreal. Winning ugly has never been more in style. Go Pack Go.

P.S. You'll have to look really hard to find a worse coached game than what Mike Zimmer did on Monday. I don't know what logic he used behind any decision in this game. That 4th and 1 where he had Kirk run to the line, try to draw the defense offsides for a second, and then burned a timeout at midfield with 15 on the play clock was mind bottling.