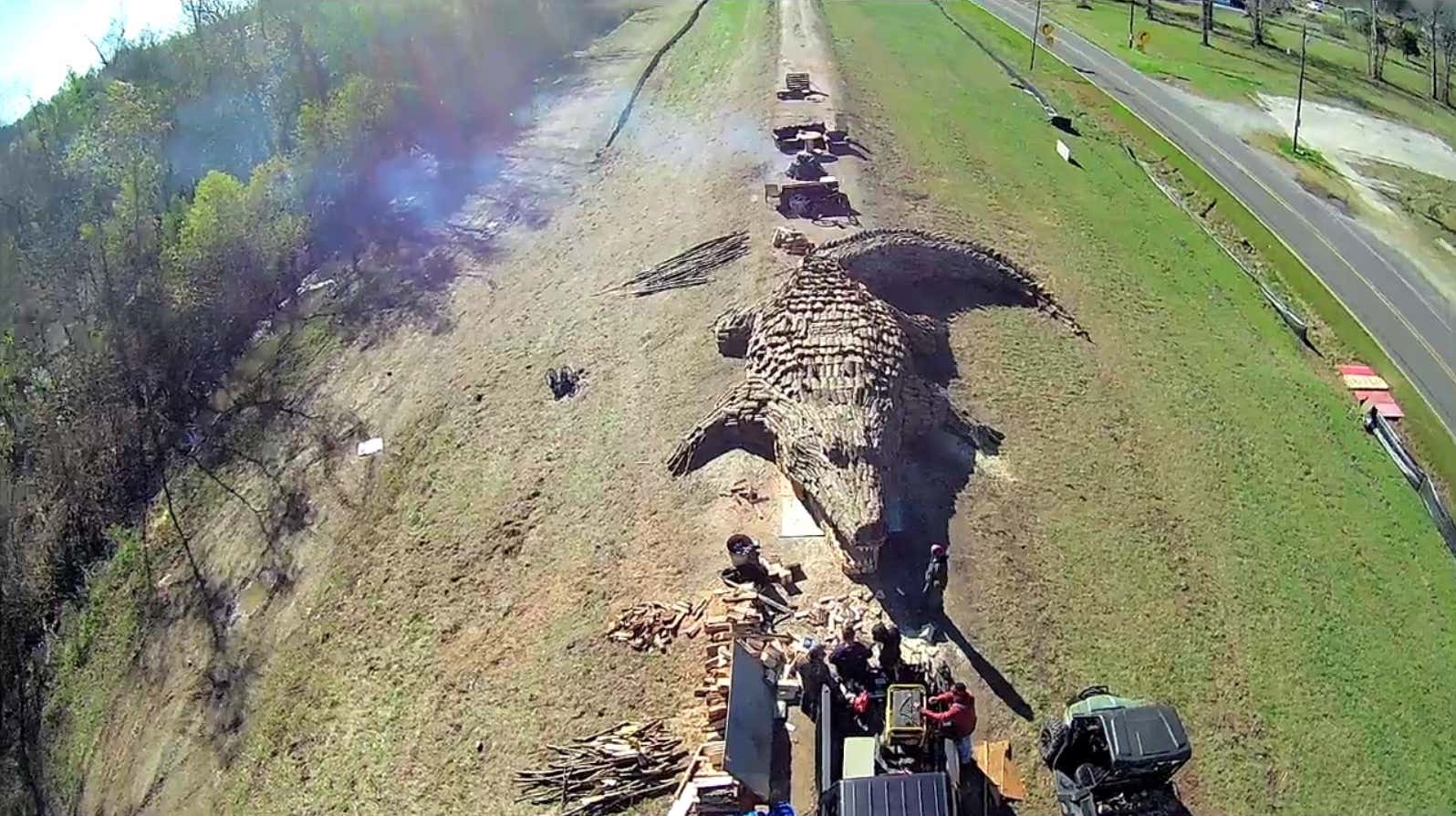 A group of friends in Louisiana have been following a longstanding tradition of building massive holiday bonfires that are big enough to stop anyone in their tracks. But instead of going tall with their build, they went long with a 78-foot alligator display.

Josh Weidert, 33, and his group of friends have been building Christmas Eve bonfires in Garyville for about 20 years now -- something he said he hopes to continue and pass on to his own children in the way that his family did for him.

Christmas Eve bonfires are part of a tradition that Cajuns like to call "lighting a way for Papa Noel," Weidert told CNN. Who they call, the Cajun Santa Clause. 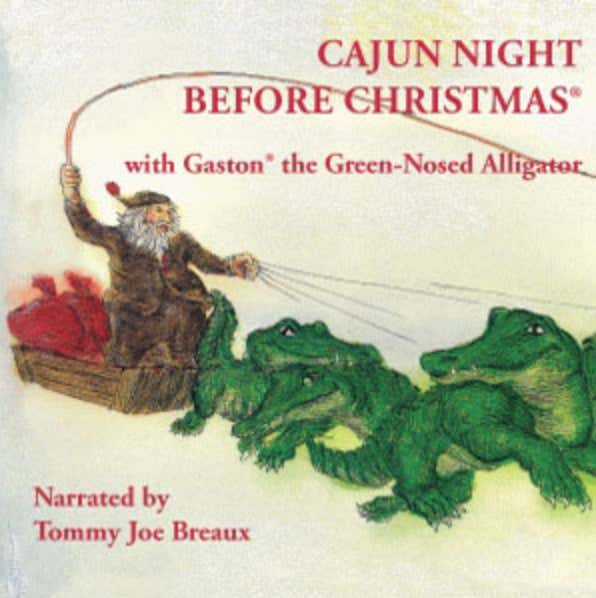 "A little folklore we tell the kids is that the bonfire is to guide Papa Noel down the foggy Mississippi River," Weidert said.

But the truth is, the tradition came about in the early 1700s when German and French settlers came to the area and brought the tradition with them, according to River Parishes Tourist Commission. On the way to midnight mass, churchgoers would light fires so whoever was coming back and forth from mass could see and over time that grew and evolved into the Papa Noel story that is told today.

Weidert started building when he was 13 and said they designs started simple with a traditional A-Frame style bonfires. As his group become more experienced, they had the urge to break out of the mold and transition to atypical builds.

Via their FB page, Blood, Sweat, And Bonfires, here's a painting of the other bonfires they've built ranging from a Saints helmet, to a NASA rocket, to a crawfish reaching for the stars:

(I asked Brandon Walker if he ever did anything like this down there in Mississippi, and was told he was much too busy maintaining the worm farm to deal with such things. Understandable. The worms rest for no one.)

Have to say, I love what Weidert & his buddies are doing. As someone who enjoys exploring the nooks & crannies of America I think traditions from locales like these are what make life fun & add a little spice for everyone else to enjoy. They take time & money from their own lives to create something memorable for others.

The traditions on my end here in the NorthEast are a little more tame, but I love those, too, nonetheless.

My immediate family doesn't really do Christmas these days & haven't really exchanged gifts since I was in high school, though I can always expect a renewed AAA membership, jug of windshield wiper fluid with a bow on it, and a mesh sock full of tiny junk-food cereals on my doorknob (???) every Christmas morning. We still have our traditions though, like this newer one where my mom & I run around their 55+ building doing all the olds activities on Christmas day because the building becomes a ghost town: 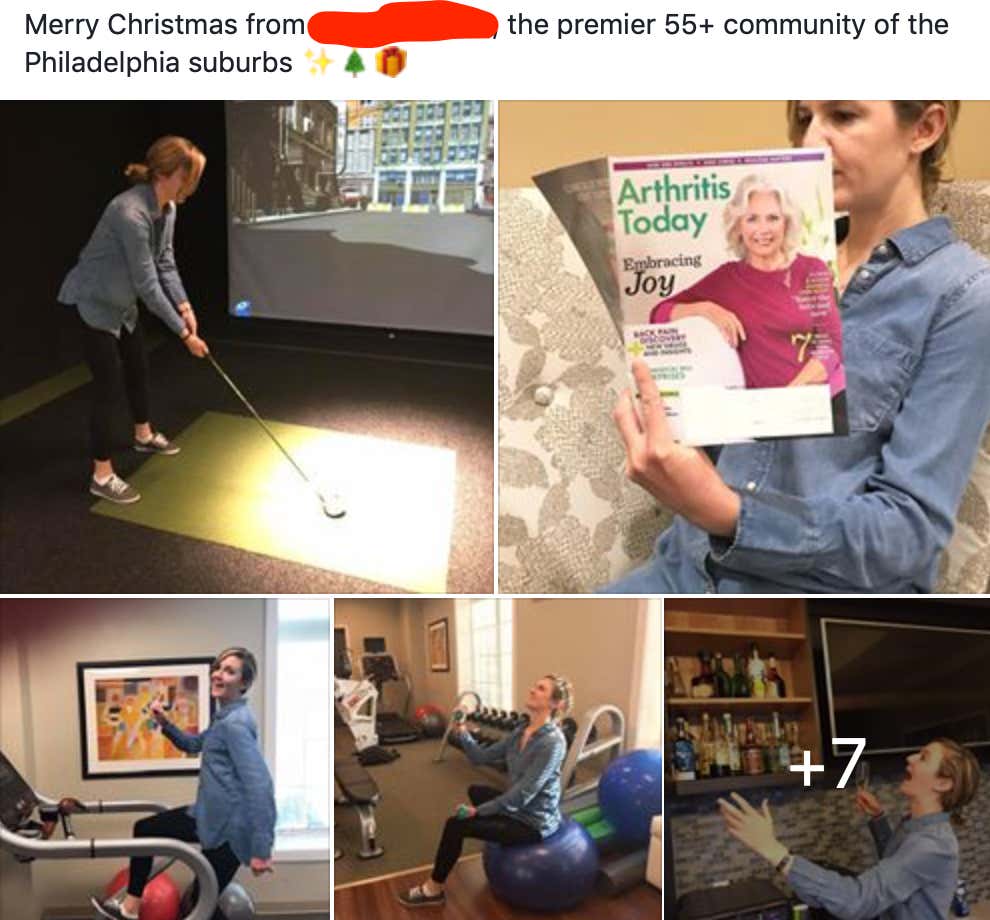 A few other beloved holiday traditions with my extended family:

Freebies Stocking Exchange: When my wonderful Granny was still with us she'd give my brother & I stockings full of the 'freebies' she'd collected on her adventures & at events throughout that year. I was the only 10th grader with a Cialis clip board & wide array of lollipops & stress balls from PNC Bank. I actually really always loved this.

Christmas Eve Soup 'n Booze: My Aunt C makes a giant vat of soup with a solid salad & bread & we all veg out & drink wine 'n Yuenglings before heading off to church (or pretending we're going to head off to church). We have a huge family so this is where all the Godparents & Godkids exchange presents. Last year I got a lot of poop-emoji shaped things from mine which felt appropriate.

Cousin's Game Night: I feel like I mention this too often out of some weird pride, but my dad is one of 13 kids, and then they all had kids, and those kids became some of my best friends on the planet. The cousins & their significant others pick a night to BYOB & play games that large groups can play all at once like Catch Phrase, Zoom-Schwartz-Profigliano, & the Name Game. Usually someone ends up being the focus of a severe roasting. They're all 20x funnier than I could ever hope to be.

Hot Dog Extravaganza: This is what they've always called it & it is an extravaganza, indeed. My Uncle Mart grills a ton of hotdogs on his back deck & everyone brings their leftover Christmas cookies. It's a super low-key afternoon housin' 'dogs after the more formal dinners & gatherings of Christmas. I could only find one photo I've ever taken at one, which I believe may have been in 2017. And yes, I like my hotdogs burned to a fine charcoal stick. 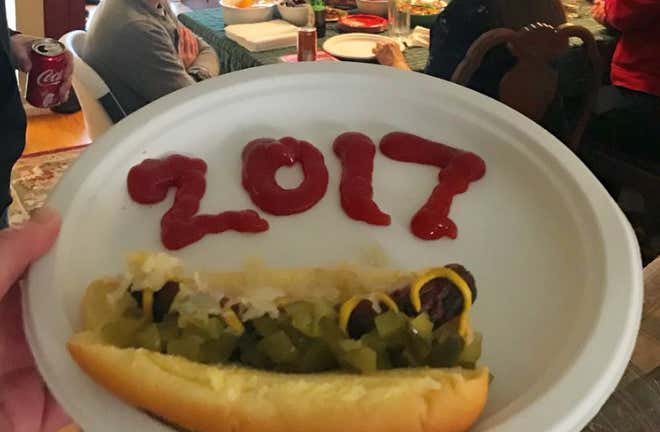 As for Weidert & his Alligator, if you're in the New Orleans area you can find them now via Google Maps just by typing in "Alligator Bonfire". They've hit the big time. 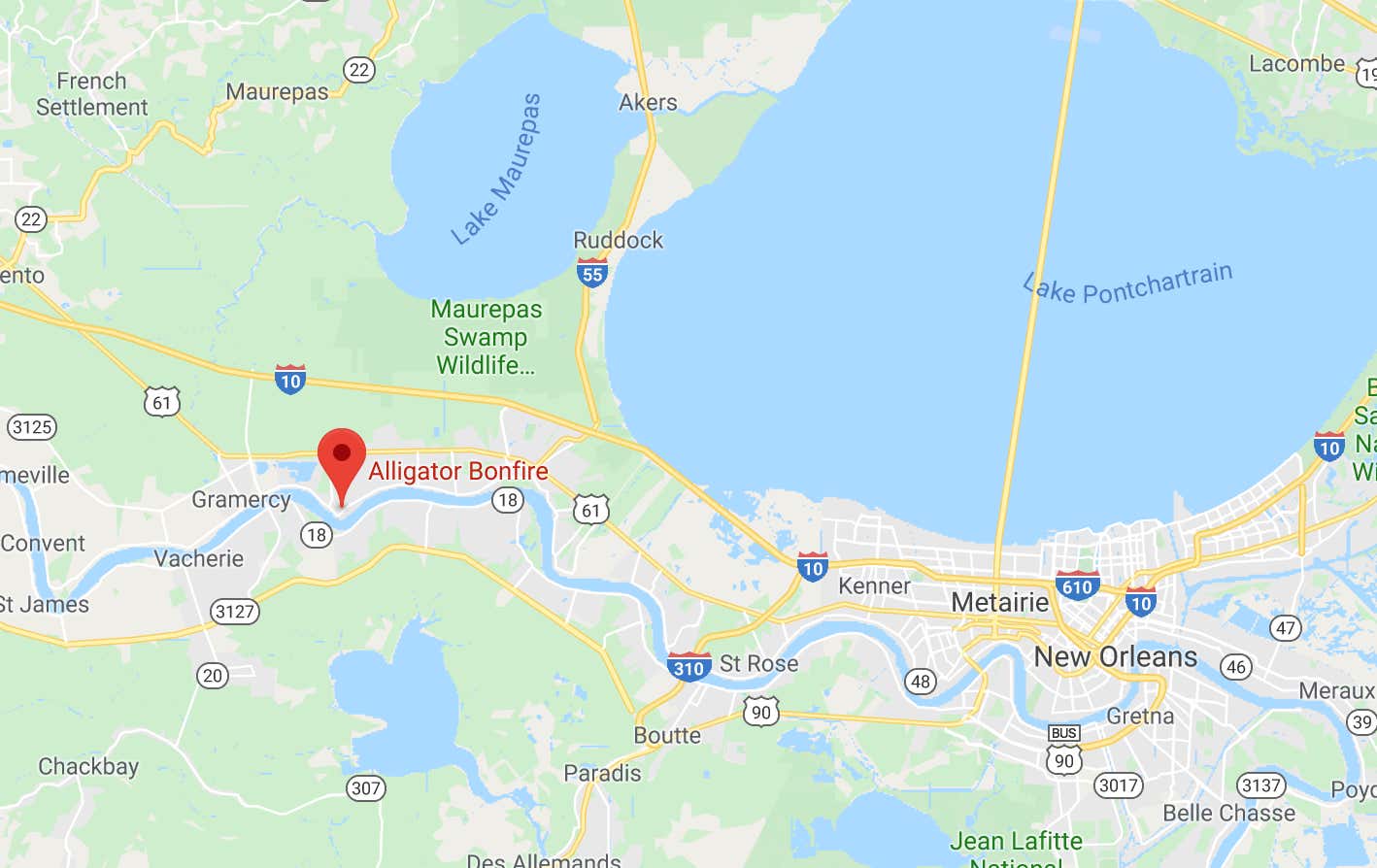 Feel free to leave your/your town's own unique Christmas/Hanukkah/Whatever You Celebrate traditions in the comments below, or just let me know that this site is called Barstool SPORTS and this post wasn't about SPORTS.