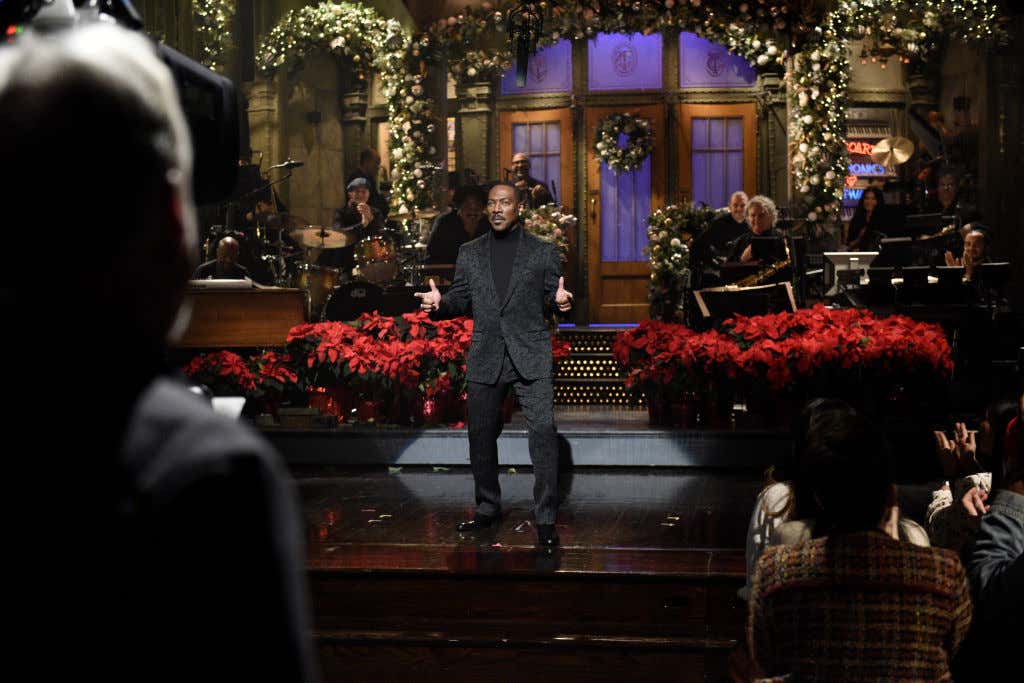 It’s not often that I look forward to an episode of SNL, but as a historical fan of the program and someone who consistently and delusionally thinks each week will be better than the last, last night was a must watch show. Eddie Murphy was to Saturday Night Live what the Big Three was to the Boston Celtics. He came in at a time when the future of the franchise was uncertain and gave it LIFE, honey. His last appearance was on SNL 40, but he hasn’t actually hosted the show since 1984, so NBC has been hyping the shit out of it for the past couple months. Which turned out to be a great move because it did. not. disappoint. For starters:

I’m still trying to figure out what the common thread is there, but the fact that those three (Keenan doesn’t count) came out to show their support was pretty cool.

and the return of Gumby.

None of the sketches compared to his originals, but that’s just because SNL is still trying to find its nuts. Once cancel culture infiltrated comedy, writers on shows like SNL stopped writing to be funny and started writing to keep their jobs. It’s sad because a lot of their people are talented, they were just afraid of being fired. God forbid the wrong person got upset you’d be blacklisted from the business.

The good news is, cancel culture peaked with the firing of Shane Gillis in September. Since then it feels like the business as a whole has relaxed with the fake outrage and is again focusing on what’s important: being funny regardless of what a vocal minority chooses to complain about online. Comedian Tim Dillon is a perfect example, his style of comedy is so outrageous and so “offensive” that his popularity has soared.

What I’m trying to say is that Eddie Murphy killed it and I hope we get to see more of him. Like he said, “having ten children is expensive.” Netflix also just paid him $70 MILLION for a stand up special and after seeing him last night, I’m confident he’s going to deliver. He always does.

Now here’s ‘Delirious’ in full for those of you who are unfamiliar with his past work. You’re welcome. Have a great Sunday, friends.