(CTV) – A Massachusetts police department has a thief in its midst.

Officers with the Franklin Police department had worked diligently to collect toys for needy children this holiday season, but noticed that some of those toys were disappearing, according to CNN affiliate WFXT. Fortunately, the culprit was caught in the act and on camera. It was their own therapy dog, Ben Franklin.

Ben tried to outrun officers when they caught him carrying a baby doll in its carrier by the handle. But he ended up just leading them back to the stash of goodies by his bed under a desk.

Police were unable to recover the toys from Ben, due to an excess of slobber. Officers have instead replaced the stolen toys, the station reported.

Christmas is my favorite time of the year. People are generally nicer to one another, the color scheme is tremendous, there are gifts galore, and no one gives a shit about how they look in favor for delicious food and libations. It’s a glorious time of year filled with selflessness and giving. Until this holiday Grinch came along and started stealing from the less fortunate. Look at this smug sunovabitch. 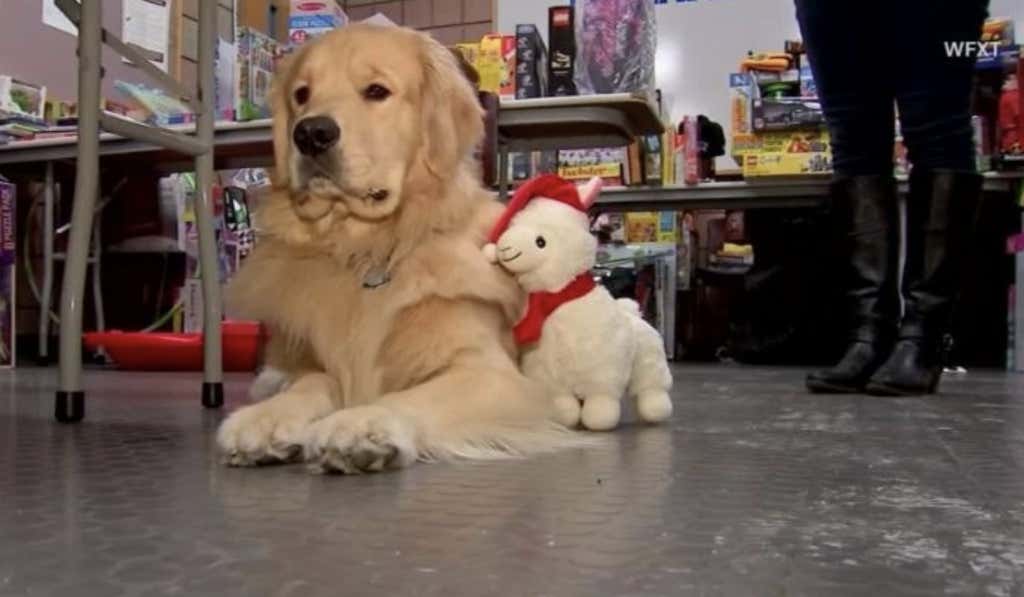 Will they throw the book at him? Of course not, he’s skating like Michelle Kwan on all charges. They’ll probably promote this bad apple. A real double whammy of a downer story just a few days before Christmas Eve. Sorry to put a damper on everyone’s yule tide mood during these festive times but I would not be doing my duties as a Professional Journalist if I didn’t report on this extremely important story. Who polices the police type of situation we got going on here.