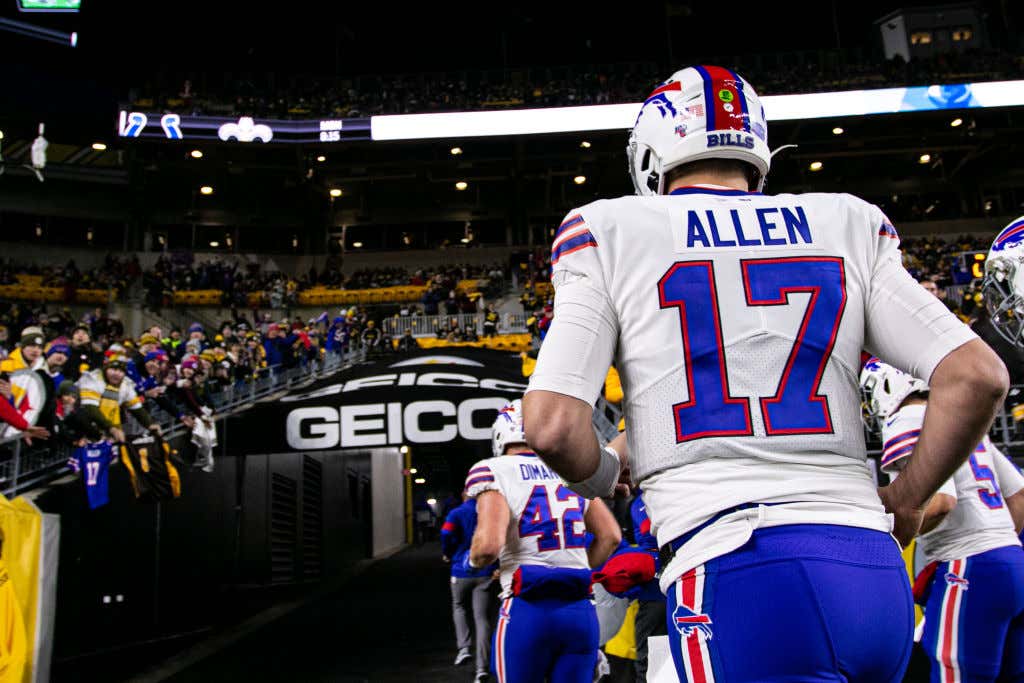 I love the Buffalo Bills. They are my favorite football team and have been since I was a little kid and my Dad used to rant about how they Jets and Giants played in New Jersey (he hates New Jersey), and that the Bills were the only real New York team. So I grew up a Bills fan. Unfortunately, the last twenty some odd years have been pretty rough on the Buffalo Bills. The occasional bright spot popped up here and there like Doug Flutie, Ryan Fitzpatrick, etc. The reality is the Bills have been a mess since Jim Kelly, Thurman Thomas and Andre Reed left town.

Two years ago they drafted Josh Allen out of Wyoming and let Tyrod Taylor walk. I did not like the move. I did not think Josh Allen was going to be a capable, quality NFL quarterback. I was pissed off that Tyrod Taylor got run out of town after ending the franchise's NFL leading playoff drought. Last year Allen showed flashes of being interesting with his ability to run the ball. I was still skeptical. Now we sit here and Buffalo has ten wins, a playoff spot secured and an outside chance to win the AFC East.

And this is where two plus decades of the Bills shitting the bed comes into play. I've seen these articles all over the internet over the last five days talking about the Bills being the ones to bring about the demise of the New England Patriots.

What the fuck are we talking about here? A national holiday? Nipping at the heels of their dynasty? I feel like I'm taking crazy pills. Nobody is happier than I am about the Bills making the playoffs and still mathematically being alive for the AFC East title in Week Sixteen. But let's face reality, Bills Mafia.

The Bills defense will keep them in this game. But let's not forget that New England has an incredible defense themselves. This game is at Gillette. It will likely come down to a similar situation that Buffalo faced against the Ravens a couple of weeks ago. Close game coming down the stretch and someone has to make a play to win the game. I ask you this honestly: Who do you trust to make that play on Sunday? Josh Allen or Tom Brady?

My answer is Brady ten times out of ten. Until I see Josh Allen go out there and do it on the biggest stage, in the spotlight, I will have questions. Brandon Beane and and Sean McDermott have done an incredible job of building a roster and getting them to play to their maximum levels. But this is still Buffalo and they are still New England. People have been portending the end of the Patriots' dynasty for years now and every time they have been wrong. I hope I am wrong. I hope Buffalo is the team to drive the stake through the heart of the beast. I just don't think I'm wrong here.