I was fortunate enough to attend an early screening of 'Star Wars: The Rise of Skywalker' this week along with Jeff D Lowe, KenJac, and Fran, and now that we've made it to release day, I thought I'd share my SPOILER-FREE thoughts on the movie with everybody.

For starters, I feel like I should preface this "review" with the fact that I not only like 'The Last Jedi', I love 'The Last Jedi'. I loved it the first time I saw it, and I still love it after having seen it dozens of times. I understand that I may have just disqualified my opinion on any/all further matters - whether it be re: movies or otherwise - for a large percentage of you, but I do believe the story Rian Johnson told us was the most unique, ambitious, and mind-blowing we've gotten in the Disney Era. If you feel as strongly about that as this guy does in the opposite direction...

...do me a favor and just keep it to yourself.

We've been running in circles with our arguments over this flick for two years now in the most toxic and politicized manner imaginable, and I'm so friggin tired of it. I know Star Wars fandom splitting in half isn't necessarily "new" by any means, but social media has just spun the whole thing out of control to the point where I think people have forgotten what they're even fighting over. Nobody is out to ruin your childhood, and nobody is trying to cause you pain and despair. At the end of the day, they're just Star Wars movies - and that's coming from THIS GUY... 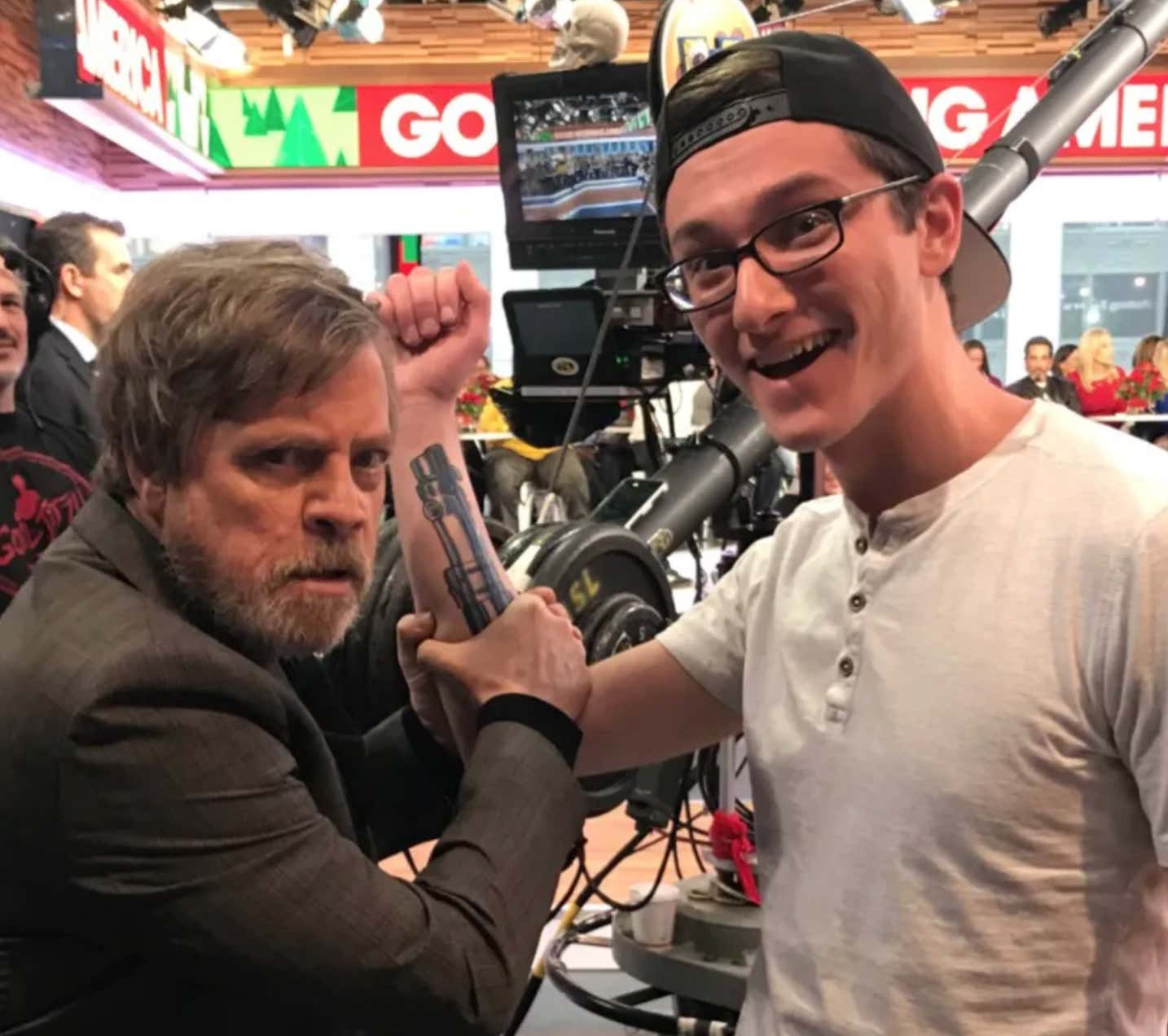 I actually do believe there's a sentiment from the people who didn't enjoy Episode VIII that serves as the perfect starting point for my review of 'The Rise of Skywalker, however, and that would be the opinion that The Last Jedi is a good MOVIE, but not a good STAR WARS MOVIE! I read that pretty often from some of the (more rational) TLJ haters, and completely understood what they were trying to say. They are acknowledging that technically, Rian Johnson made a good film with the second installment of the Sequel Trilogy, but they didn't enjoy the choices he made in the Star Wars Universe. Obviously, I strongly disagree with that re: 'The Last Jedi', but feel the complete opposite is true for Episode IX.

'The Rise of Skywalker' may not be a great MOVIE, but it's a great STAR WARS MOVIE!

I'd say the exact same statement is true for movies like 'Return of the Jedi' and 'Revenge of the Sith' as well, just so you get the vibe of where I'm coming from in relation to the saga. It's a bit clunky at the start, with multiple plot devices and MacGuffin chases flying by at the speed of light, barely giving you a second to catch your breath, but definitely focuses in more and more on what really matters as the runtime goes on. In that "clunky" first half, though, lies the heartbeat of the movie, which is the chemistry of our heroes when they're on screen together.

Rey, Finn, and Poe's first adventure together is about as much fun as you could possibly imagine, and the witty banter and dialogue between the trio (as well as C-3PO, who steals the show in what is undoubtedly the character's best movie ever) is sooooo reminiscent of the Original Trilogy. If you love the Finn and Poe Bromance from 'The Force Awakens', you'll be elated. Oh, and of course, Chewie gets to shine as well. Credit to JJ and co-screenwriter Chris Terrio for nailing that Kasdan-style dialogue while they were all together.

Scenes featuring Carrie Fisher as Princess Leia are pretty well executed, given the circumstances - all of her moments in 'The Rise of Skywalker' were outtakes/deleted scenes from 'The Force Awakens' that were repurposed - but there are definitely a few moments of dialogue that feel a bit stoic or unnatural. I did really enjoy what they did with her character and story in this film overall, and it still feels like "her" movie in the same way TFA was "Han's" and TLJ was "Luke's", so I'm very happy about that. 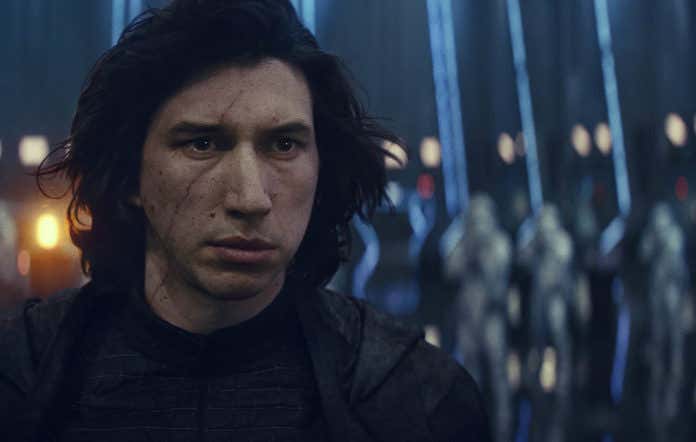 Adam Driver once again proves himself as the best actor in the franchise, with a tremendous final performance as Kylo Ren, and carries the emotional side of things in 'The Rise of Skywalker' (with some help from Daisy Ridley). I wound up being really pleasantly surprised by how much I enjoyed Kylo Ren's character arc in this movie as well, because it didn't quite go the way I had imagined, but did work well on-screen, and watching him opposite Ian McDiarmid as The Emperor was surreal.

Speaking of that old bag Sheev - he's gooooooooood. He's never been creepier and more truly haunting, and while I wish his actual return was explored a bit more than they chose to in Episode IX, every second we got with him was a genuine treat for me. I mean, c'mon! He's the mothafuckin Emperor! 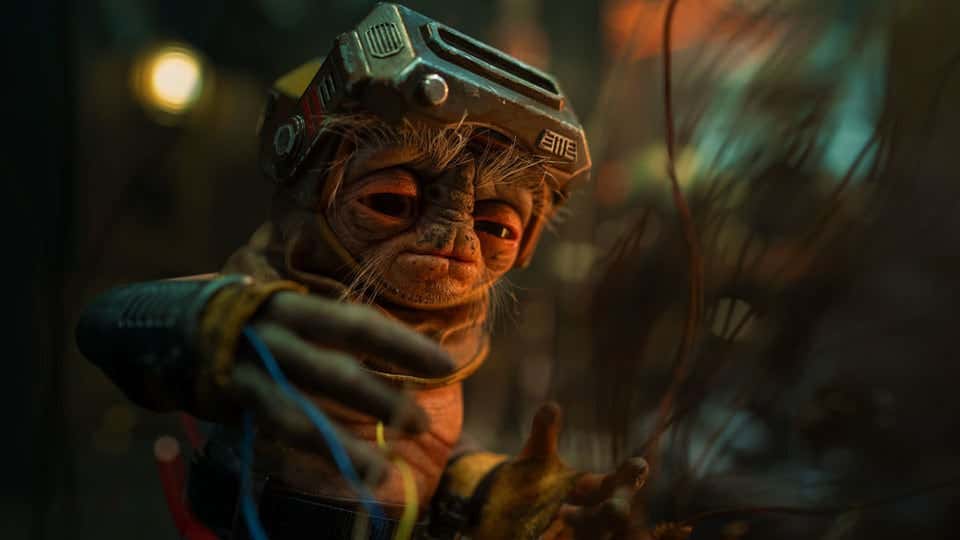 I enjoyed the addition of the new characters: Jannah, Zori Bliss, General Pryde quite a bit. Thought they all played their roles well and made me want to learn more about them. Keri Russell's Zori Bliss was my favorite of the three. Babu Frik blows em all outta the water tho. Trust me on this, if nothing else: Babu Frik is amazing. The Knights of Ren and the Sith Troopers are mostly comparable to Captain Phasma and Snoke's Praetorian Guards from the last few movies - they all look cool, but that's pretty much why they exist. Billy Dee is amazing back in the cape as Lando, as expected.

'The Rise of Skywalker' probably has more action sequences than any other film in the Star Wars Saga, and the majority of it really landed hard for me. I was whoopin it up at 11am in a theater full of critics, barely holding myself back from standing up and cheering at certain points. There's amazing displays of the Force, epic uses of lightsabers, tremendously enjoyably and creative chases throughout, and the third act features what could very well be the most batshit insane/chaotic space battle we've ever gotten. 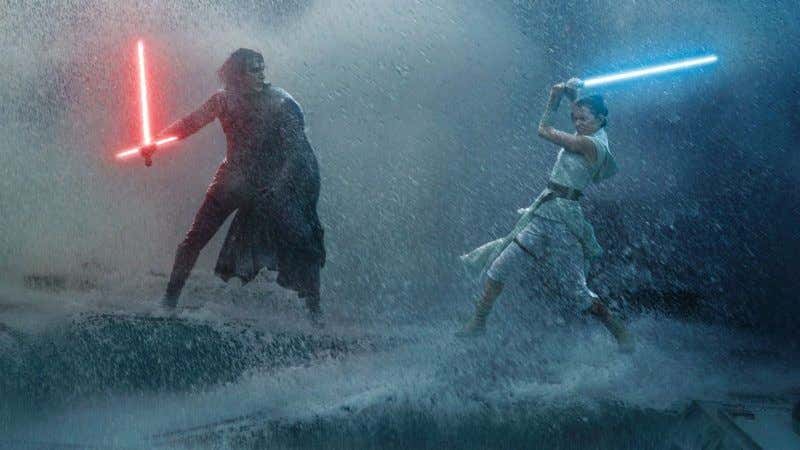 There's some very Star Wars-y themes explored in the film, like confronting fear, finding your place in the world, accepting who you are, never giving up hope, etc., and I felt they all set the tone for a beautiful ending to the trilogy (and even the saga itself). I didn't love every decision they made to get us to that point, but I'd consider myself incredibly satisfied with the film to the point where its faults are very easy for me to excuse. I feel like this movie is gonna work for people as much as they want it to.

I wanted a Star Wars movie that did the Skywalker Saga justice in its sendoff, and I really feel like I got that. It ain't a masterpiece by any means, but it's so much god damn fun, and there's moments in it so awe-inspiring and cheer-worthy I've already had the extreme urge to relive them. Can't wait to go see it again tonight!

Star Wars just makes me so god damn happy, man. I already know I'll be rewatching 'The Rise of Skywalker' with a smile on my face for years to come. I hope you all enjoy it as much as I did.

I'll be back to talk spoilers and the intricacies of the movie TOMORROW on the blog/TONIGHT in video form if you're into that sorta thing!

REMINDER: DON'T SPOIL THE MOVIE FOR OTHERS! 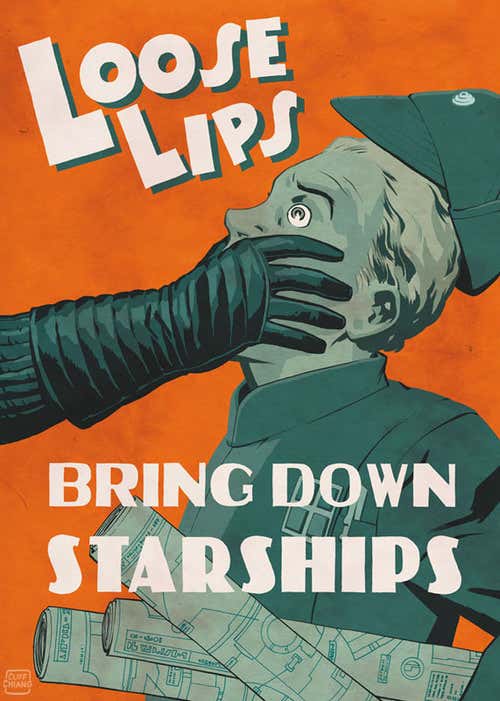